It's too easy to miss brilliant streaming shows, movies and documentaries. Here are the ones to hit play on or skip.

Saved by the Bell, Stan*

Even by the network-comedy standards of the time, the original Saved By the Bell was pretty awful. It was a multi-camera high-school abomination that dragged high waistlines, big hair and squawking saxophone over the threshold from the '80s to the '90s. It was full of inconsistent characterisation of unlikeable characters and had some of the lamest gags ever forced to limp to their own punchlines. Freaks and Geeks it wasn't. 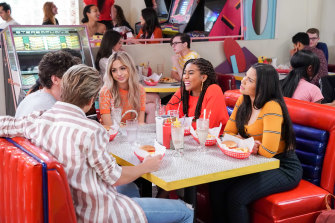 Mitchell Hoog as Mac Morris, Josie Totah as Lexi, Alycia Pascual-Pena as Aisha, Haskiri Velazquez as Daisy in Saved By The Bell.Credit:Chris Haston/Peacock

NBC didn't help much either, insisting, for example that a Very Special Episode about amphetamine abuse be turned into a story about caffeine-pill abuse. Why reboot such a thing now?

Well, TV executives have a caffeine-pill compulsion to keep turning over the cultural compost heap, of course, but there's also some serious nostalgia for the original series.

"Saved by the Bell is my Star Wars," reboot creator Tracey Wigfield revealed recently in possibly the saddest disclosure of a deprived childhood ever made by someone who won an Emmy for 30 Rock. And Wigfield has certainly dragged Saved By the Bell into the modern day. There's a slightly thin sprinkling of zingers that recall 30 Rock and Wigfield's own personal tour de force, Great News (Netflix), along with thoughtful approaches to issues of race, class and gender. Old faces are back too – Elizabeth Berkley's Jessica Spano is now a school counsellor whose own son isn't the best advertisement for her work, and Mario Lopez's A.C. Slater is a school sports coach who has a strange obsession with the surface of the indoor basketball courts. 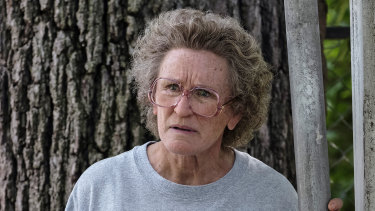 A barely recognisable Glenn Close is the standout in Hillbilly Elegy, which is based on J.D. Vance’s best-selling memoir of the same name.

What's most obviously missing is real compassion for those who grew up in Appalachian poverty and then got left behind by the offshoring of industrial jobs. J.D. (Owen Asztalos as a boy; Gabriel Basso as a young man) grows up in dysfunction that, it seems implied, everyone ought to just overcome.

Werner Herzog is in full eccentric-director mode as he and his Cambridge-boffin pal Clive Oppenheimer travel the globe learning about meteorites and the effects they have had on the planet and on human cultures from Western Australia to the Torres Strait and the Middle East. 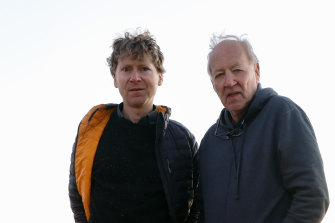 They end up in Antarctica, becoming the first humans ever to lay eyes on a 4.5 billion-year-old lump of space rock that moving ice has just pushed into plain view. The best part? You can find your own meteorites just by dragging a magnet around pretty much anywhere.

We Are the Champions, Netflix

This fun half-hour series follows people competing in the strangest arenas – from chilli-eating championships to fantasy hairdressing competitions. The most immediately terrifying one is the famous cheese-chasing race down that insanely steep hill near Gloucester in England. 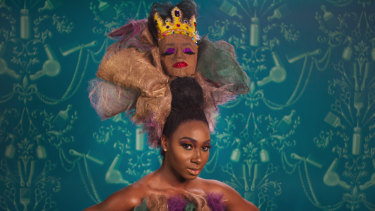 Fantasy hairdressing is one of the unusual challenges in We Are The Champions.Credit:Netflix

There's no catching the cheese – which hits speeds up to 130km/h – but you can break plenty of bones. Slow-motion footage of people tumbling like helpless rag dolls underlines the danger, while interviews with competitors obsessed with the event work to shine light on the attraction.

Rarely have teenage runaway stories shown teenage runaways to be so vulnerably childlike on the one hand yet so fearlessly stiff-necked on the other. Perhaps never have they had such children pursued by a gallery of low-life rogues colourful enough to tickle Elmore Leonard – all while also dropping bombs of ultraviolence when you least expect it.

It's on the meanest, poorest and most frozen streets of Boston that we meet 16-year-old Wayne (Mark McKenna), an uncommonly angry youth who can't let any injustice go – which usually results in him getting beaten bloody or him beating someone else bloody. An extraordinary escalation of this routine violence leaves Wayne and his new 15-year-old-friend, Del (Ciara Bravo), fleeing on a motorbike headed for Florida, where Wayne intends to take back his father's Trans Am from his mother's violent dirtbag boyfriend.

Series creator Shawn Simmons heightens things in a way that will be pleasantly familiar to fans of things like Justified and Claws, but not so far that it detracts from the poignancy of his brilliantly cast protagonists. A little gem. 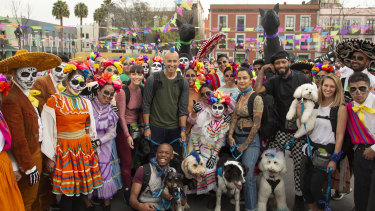 The Pack is a globe-trotting adventure for American dogs and their owners.Credit:Amazon

Finally! It's a globe-trotting Survivor for American dogs and their owners – sorry, partners. But ordinary house pets can't really do anything, can they? That's where you're wrong. The Pack's 12 pooches have undergone pre-production training, including scent work. So at a search-dog training ground in Mexico, for instance, they can "find" pretend earthquake victims. Elsewhere, an amusing doggy-waiter challenge answers the age-old question of whether a big plate of spaghetti bolognese spilled on the floor can make dogs lose focus on the task at hand. Good, clean fun.

*Stan is owned by Nine, the owner of this masthead.