TABDEED confirmed himself a sprinter to be reckoned with when winning cosily in the Hackwood Stakes at Newbury.

The lightly-raced five-year-old grabbed the stands rail and flew home to collar The Tin Man under Jim Crowley, who can do no wrong at present. 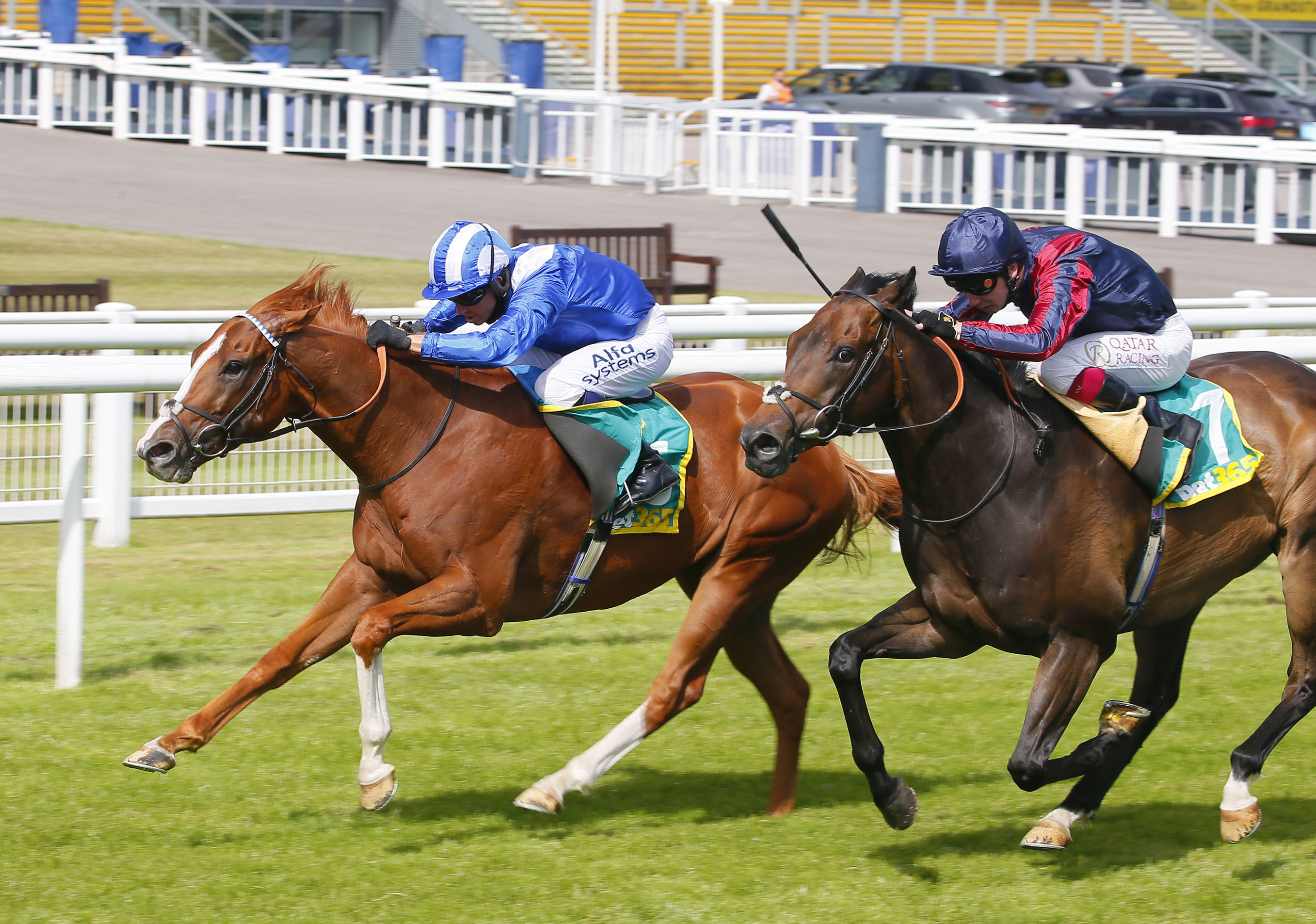 Trainer Owen Burrows let out a roar of delight as his horse passed the line in front, and he has every right to be excited.

The gelding has had his issues, having been badly jarred up after his run in the 2018 Jersey Stakes.

But he shaped with promise when second in the Chipchase Stakes last month and he took a big step forward here.

The Group 1 Sprint Cup at Haydock in September now looks on his agenda.

Burrows said: "He has always threatened and promised to have a good race in him.

"I was pleased with his first run at Newcastle, it didn't pan out as we would have liked but today there was loads of pace.

"He loves to attack off a fast pace, so it is great to get a nice race into him. He has been a lot easier to train since he was gelded.

"Jim said this would be as quick as he wants it. I wouldn't want it too soft for him, if we get Good, Good to Soft at Haydock we can kick on to the Sprint Cup."

Earlier on the card, the exciting Method preserved his unbeaten record with an impressive performance in the Rose Bowl Stakes.

The form of his runaway debut win at Doncaster was boosted when the runner-up went close in Group 2 company last week.

And he confirmed the suspicion that he could be a top-notcher when galloping clear of a good-looking field under Oisin Murphy.

Trainer Martyn Meade is eyeing a possible tilt at the Group 2 Richmond Stakes at Glorious Goodwood later this month.

Meade said: "He is on a trajectory now so maybe we could go to the Richmond Stakes next.

"He did it like a true professional. He was in the stalls for a long time. He got a really good tow into the race and it all worked out well for him.

"He has always shown a bit of class, we were able to pick him out as a smart one from pretty early on."

At York, Sinjaari (11-1) swooped under a cool ride from Stevie Donohoe to win the John Smith's Cup.

The four-year-old lost his way towards the end of last season, but he came roaring back to his best to land the big one at York for William Haggas.

Outsider Certain Lad (66-1) was second, with the well-fancied Fifth Position (6-1) back in third.

Haggas said: "I'm thrilled to bits he's come back to himself as he lost his way last spring having looked a bit useful.

"What he loved today was the fast pace and I'm sure he appreciated the drop of rain. I'm not sure what happened last season. I gave the jockey the wrong instructions at Royal Ascot and after that he wasn't the same.

"We had him gelded but not because he was naughty in any way, he's a lovely horse. I wasn't sure he was coming to himself in time, but just in the last two weeks I thought we were getting him back."