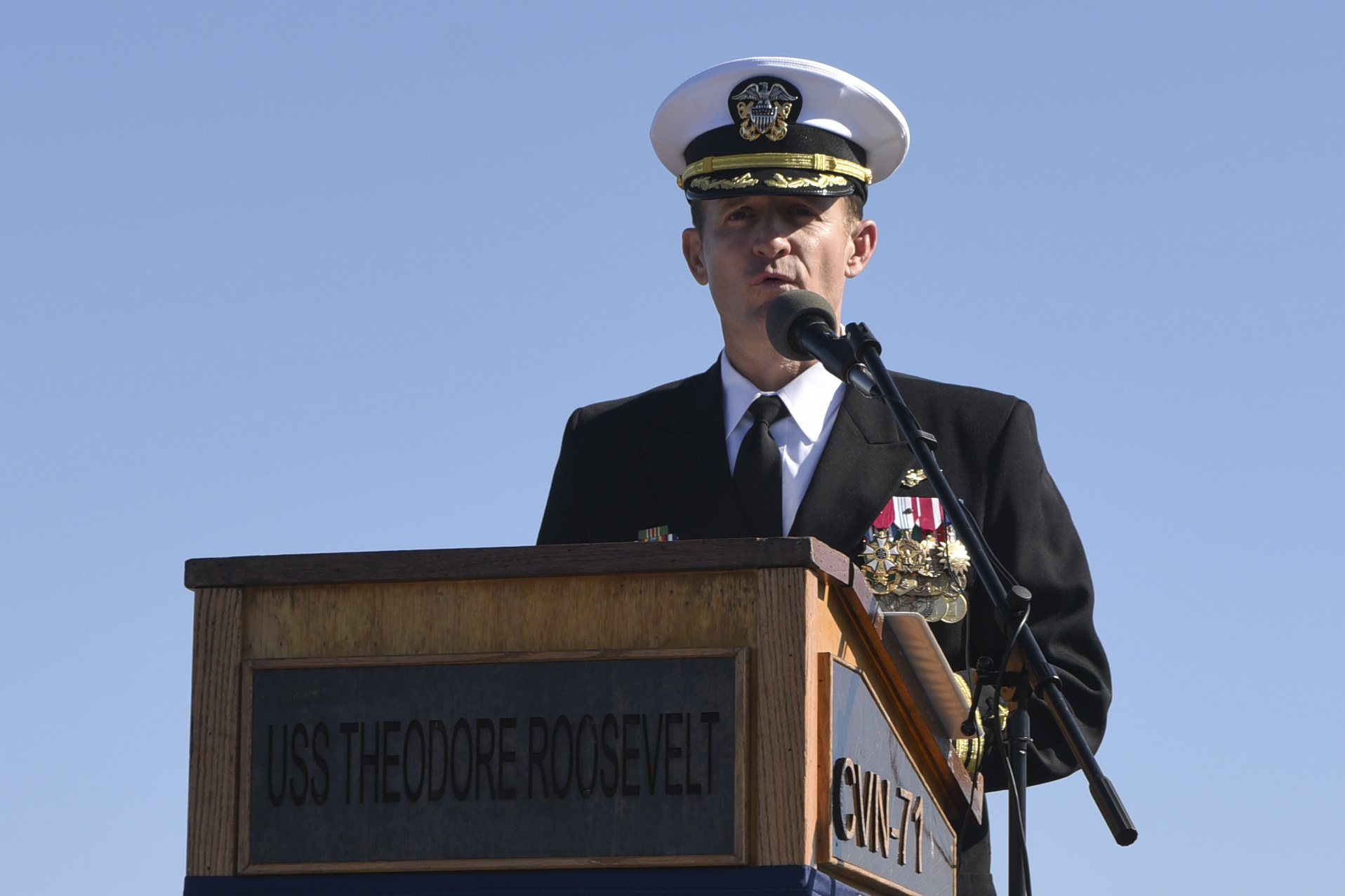 Capt. Brett Crozier addresses his crew for the first time as commanding officer of USS Theodore Roosevelt in 2019.

Captain Brett Crozier received a resounding farewell from sailors aboard the USS Theodore Roosevelt aircraft carrier after the US Navy fired him for voicing concerns for his crew amid an outbreak of COVID-19, the disease caused by the coronavirus, on his ship.

Crozier was relieved of command Thursday after he wrote a letter to Navy officials — subsequently leaked and published in the San Francisco Chronicle – pleading for resources to isolate his crew members off the warship that is docked in Guam following a COVID-19 outbreak less than a week ago.

“Keeping over 4,000 young men and women on board the TR is an unnecessary risk and breaks faith with those Sailors entrusted to our care,” Crozier wrote in the letter.

The US Navy dismissed him as the ship’s commander Thursday, saying that his letter was sent outside the chain of command over unclassified email and that his actions made people believe that the Navy was not doing enough to protect sailors. However, Crozier will keep his rank and remain in the Navy.

Several videos posted on social media Friday showed a large crowd of sailors cheering, clapping, and chanting “Captain Crozier!” as he walked alone down the gangway of the USS Theodore Roosevelt on Thursday.

Tasneem Nashrulla is a reporter for BuzzFeed News and is based in New York.

Got a confidential tip? Submit it here.