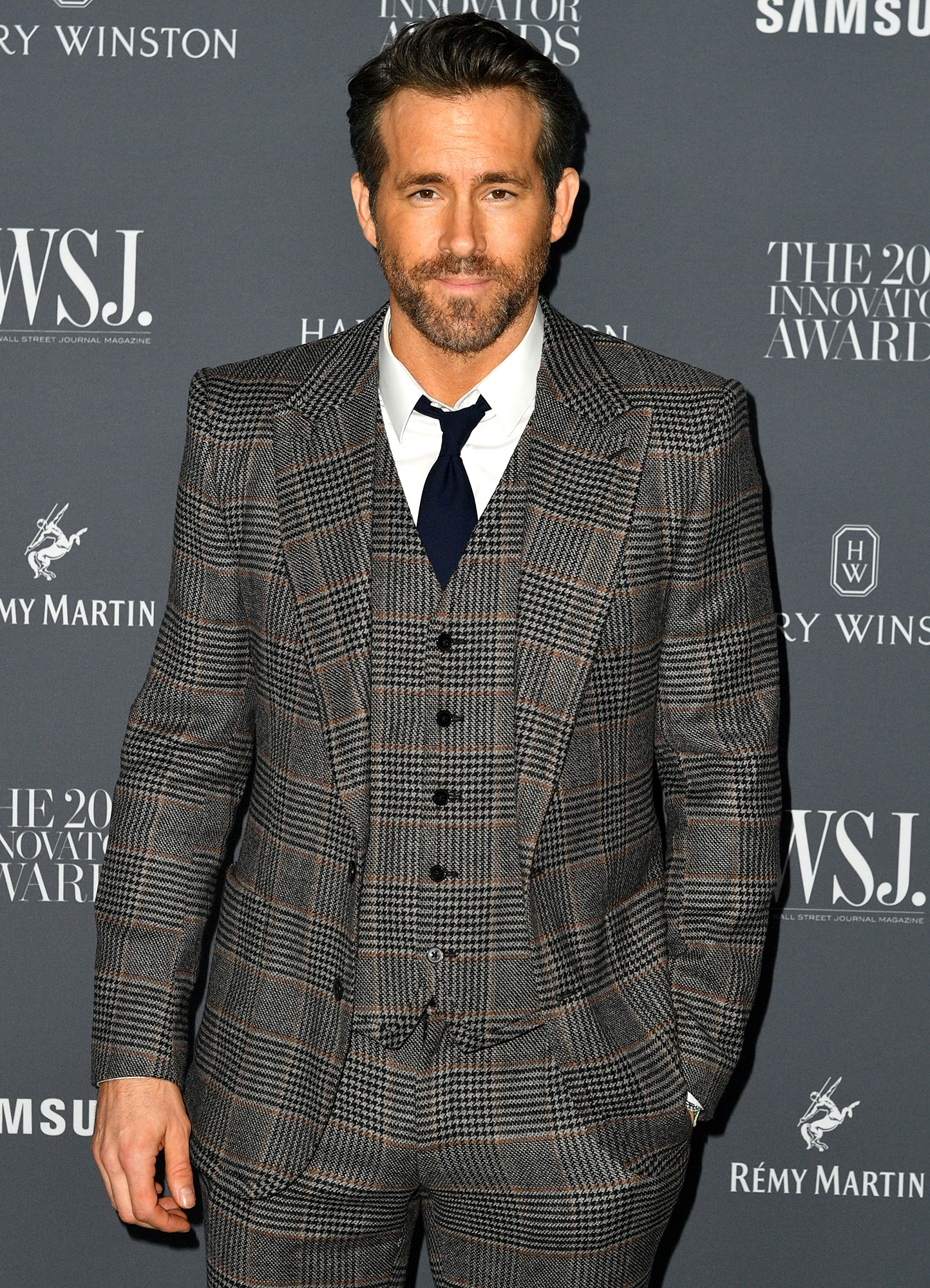 The inner struggle fans can’t see. Ryan Reynolds opened up about how the funny, charming persona he puts on in interviews is usually covering his mental health struggle.

Celebs Who Have Shared Their Mental Health Battles

“I’ve had anxiety my whole life really,” the 45-year-old told CBS’ Sunday Morning in a Sunday, February 27 interview. “And you know, I feel like I have two parts of my personality, that one takes over when that happens.”

The Deadpool actor is known for being witty and charismatic, but that’s not how he feels backstage. He recalled feeling overwhelmingly nervous before an appearance on Late Night With David Letterman, which he appeared on several times before the host signed off in 2015.

“I remember I’d be standing backstage before the curtain would open, and I would think to myself, ‘I’m gonna die. I’m literally gonna die here. The curtain’s gonna open and I’m just gonna be, I’m just gonna be a symphony of vomit,’ just, like, something horrible’s gonna happen!” Reynolds revealed.

However, his worries were unfounded because his personality shifted as soon as he was in the spotlight. “But as soon as that curtain opens – and this happens in my work a lot too – it’s like this little guy takes over,” the Free Guy star recalled. “And he’s like, ‘I got this. You’re cool.’ I feel, like, my heart rate drop, and my breathing calm, and I just sort of go out and I’m this different person. And I leave that interview going, ‘God, I’d love to be that guy!’”

The star of Netflix’s March movie The Adam Project started to open up about his mental state within the last year. In May 2021, Reynolds revealed his struggle with anxiety during Mental Health Awareness Month.

“To all those like me who overschedule, overthink, overwork, over-worry and over-everything, please know you’re not alone,” the Vancouver native wrote via Instagram at the time.

Inside Taylor Swift’s Friendships With Blake Lively and Ryan Reynolds

“I fixate on things,” he told the WSJ Magazine in October. “That’s sort of the engine of anxiety. I lay awake at night, wrapping and unwrapping every possible scenario.”

“I tend to pave over anxiety with work and, to a lesser extent, achievement,” he explained. “You want to tick boxes sometimes. So these days, my goal is to be as present as I can and not just tick a box just to do it. I’m fully embracing and living that right now. It’s been amazing.”

He also wants to be present with his children. Reynolds shared the news that he was taking some time off as he celebrated finishing a holiday film, Spirited, in October 2021. He called the Will Ferrell flick “challenging” for him and added that it “made a whole lotta dreams come true.” That’s why it felt like the right moment for a step back.

“Perfect time for a little sabbatical from movie making,” he added via Instagram at the time. “I’m gonna miss every second working with this obscenely gifted group of creators and artists.”

He later revealed that he was focusing on his business ventures, such as Maximum Effort, Mint Mobile and Aviation Gin, during daytime hours while his daughters were at school. Then, he gets to be in full dad-mode when the girls are at home, and Lively, 34, can take time to focus on some projects away from home as well.

Ryan Reynolds and Blake Lively’s Sweetest Quotes About Their Daughters

The married couple joined forces to fundraise for Ukrainian refugees on Saturday, February 26. Amid the Russian troops invading the neighboring country, the Simple Favor actress and her husabnd announced they are matching $1 million of donations to The UN Refugee agency, USA for UNHCR (The United Nations High Commissioner for Refugees).

“In 48 hours, countless Ukrainians were forced to flee their homes to neighbouring countries,” Reynolds wrote via Instagram. “They need protection. @usaforunhcr is providing it. When you donate, we’ll match it up to $1,000,000, creating DOUBLE the support.”