RUTH Jefferson has shown the patience of a saint with her stable star Waiting Patiently.

The injury-plagued chaser is set to make his long-awaited return to the track in the Ladbrokes King George on Boxing Day. 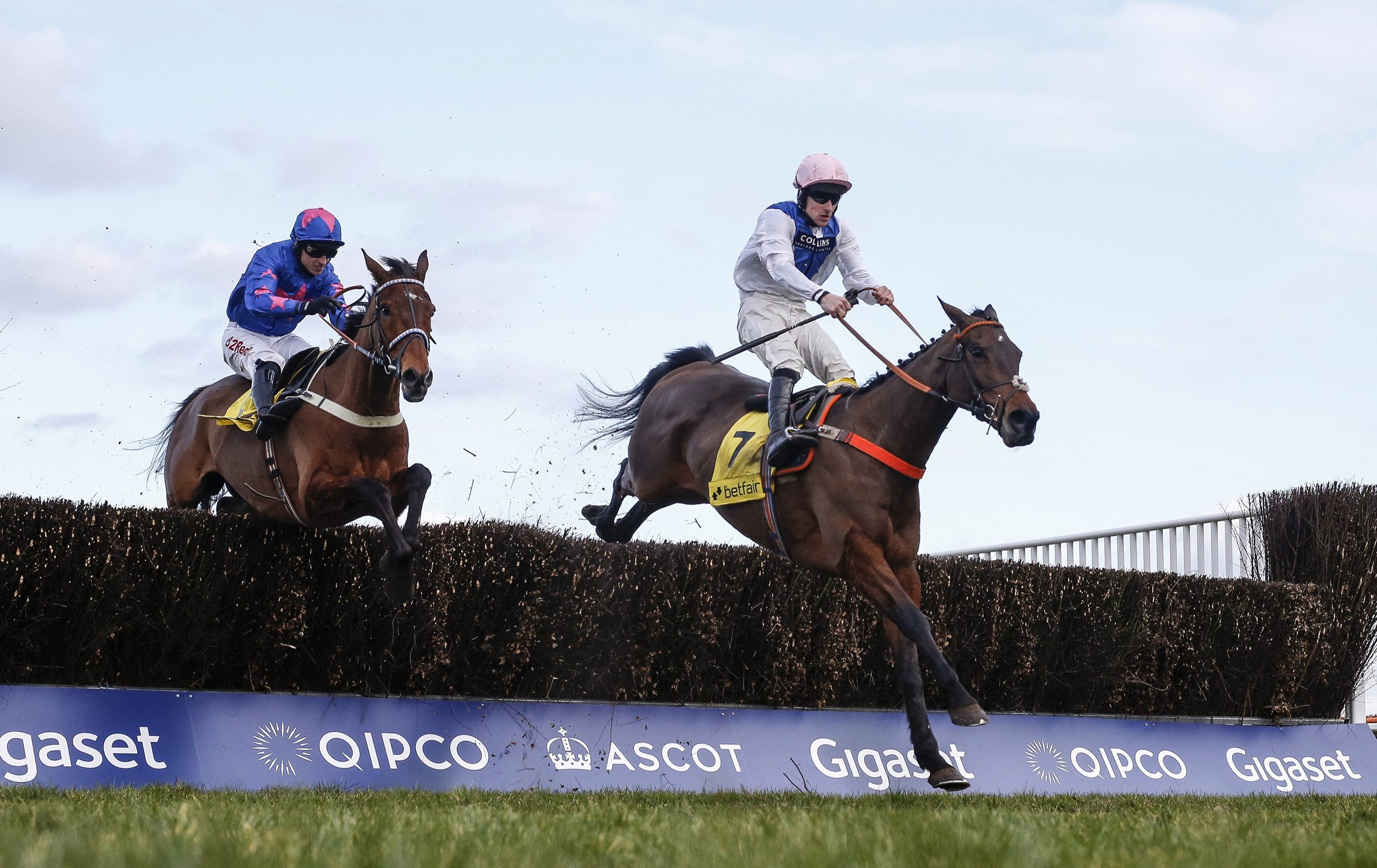 The Grade 1 winner will turn 10 in a little over a week – yet the crocked gelding has been restricted to just 13 starts in his career.

He has been off since finishing a fine third behind Defi Du Seuil in the Tingle Creek 12 months ago.

And Jefferson is hoping to find out once and for all if he stays three miles after he unseated Brian Hughes with a circuit to go in the Kempton's Christmas feature in 2018.

Jefferson told Sun Racing: "He had to have surgery after the Tingle Creek which ruled him out for the season which was frustrating but it's one of those things.

"He's had his issues and always been a little fragile, so we are just praying for a clear run with him this year.

"Richard Collins his owner was keen to have another go at this race because we didn't find out whether he stayed three-miles two years ago.

"He is going to be a 10-year-old soon so we won't have too many more opportunities to have a go at the race."

She continued: "For some good horses, trip is irrelevant to them. He is fast enough for two miles and stayed really well when he won the Ascot Chase over 2m5f on heavy ground.

"We can't know for sure if he will stay, but it might just be that he runs his race no matter what trip he is running over.

"It was one of those things when he ran in it two years ago, you never expect to be practically brought down. 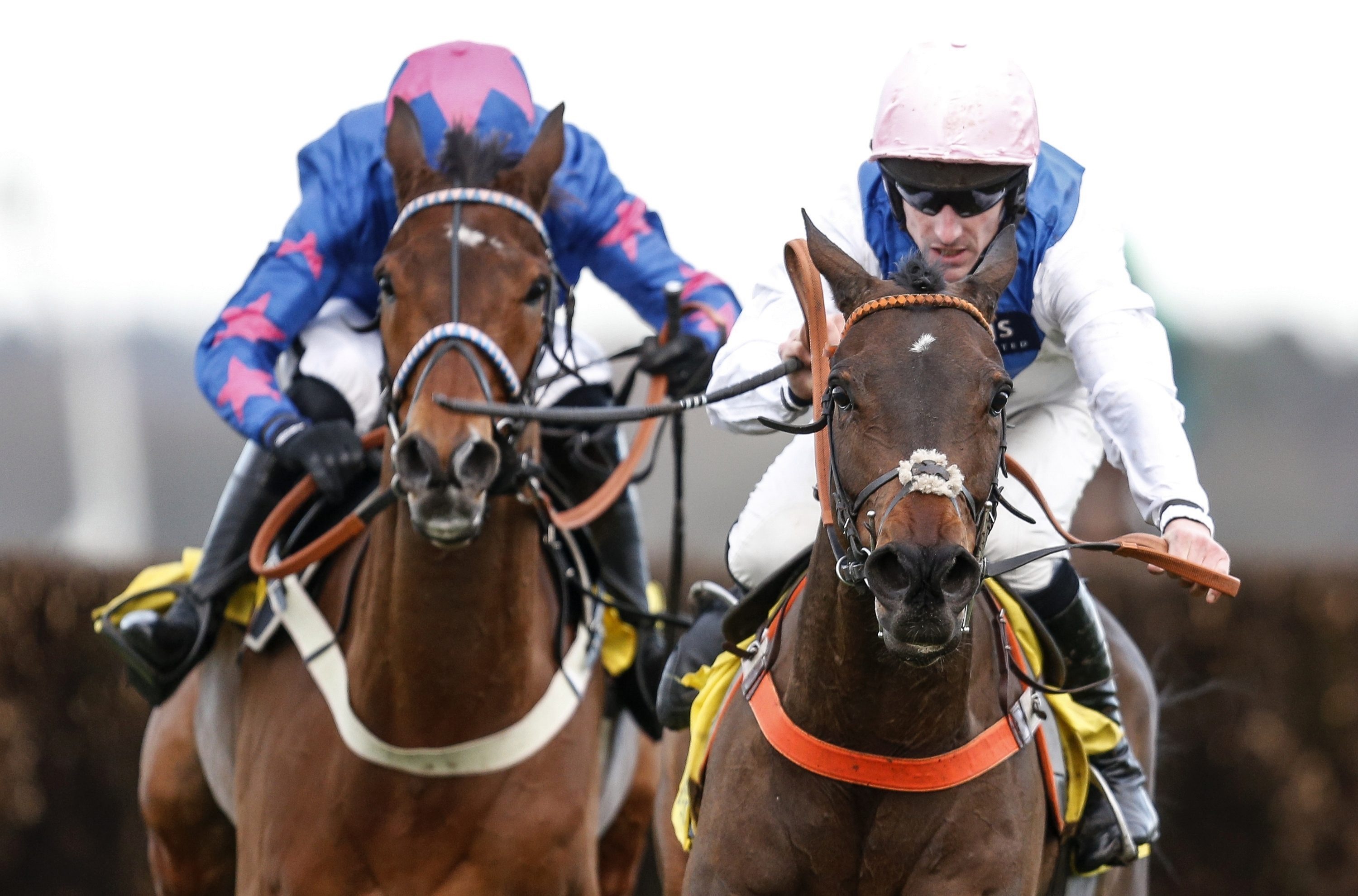 "He seems the same as always, he has his moods but he is a happy and bouncy individual when he is out and about, so I'm hoping he retains all of his ability."

When Waiting Patiently ran in the King George two years ago he was sent off the 4-1 second favourite – but this year he is flying under the radar as a 25-1 longshot.

Jefferson said: "We are the forgotten horse this time around which is fine by us.

"Hopefully he gets a clear round this time. We are hopeful that he can run a big race."

"He's just a horse who is a little bit physically fragile. He's a horse who only takes three races a year anyway.

"After he won the Ascot Chase in 2018 he got a bang on his tendon, (and) we thought we'd end up missing a whole year, but he didn't. We brought him back for the King George when he got unseated and then we ran in the Ascot Chase when he was second to Cyrname.

"After that we went to Aintree – but he wasn't right there, so we put him away and went for a Tingle Creek where he ran an absolute blinder but unfortunately after that he had a chip forming in his joint which had to be removed and meant he missed the rest of last season.

"Richard (Collins, owner) was very keen to try three miles again, so that is where we are going, the King George."

Since his finest hour at Ascot in Feburary 2018, Waiting Patiently has run only four times.

"A lot of good horses now only run three times a season – it goes back to Henrietta Knight with Best Mate," added Malton trainer Jefferson.

"If you get three runs out of a horse and they are all in Grade One or Twos and they run their race every time you kind of don't mind.

"To finish so close in a Tingle Creek but then have to finish his season there was a little bit gutting – but we're optimistic fools who train racehorses, so we're back again.

"You can make a case for and against him getting the trip. We know he has the pace for two miles – but when he won the Ascot Chase against Cue Card they went an absolute gallop and it's a very stiff climb to the finish there.

"He'd be the first horse in his family to stay three miles. He's a half-brother to McFabulous, and I think I'm right in thinking they didn't feel he stayed three miles at Newbury – but he does settle well and he won't over-race.

"To be honest, we don't know. If we'd found out two years ago we might not have been here this week. He might be one of those horses to whom trip is irrelevant. He's definitely still got his ability, he hasn't slowed down.

"All I really want is a clear round, then we'll know if he stays or if he's good enough. Two years ago he was nearly favourite, I think. Now we're 25-1 and forgotten about."