It’s 9:30 a.m. in Ketchikan, Alaska, and Outer Banks star Rudy Pankow has made peace with glitchy Zoom calls. “Why don’t we embrace the awkwardness?” he asks, while buffering. “Everyone’s intensely awkward right now. I think it has to be like that.”

Although his blond hair is chaotic and his hands can’t stay still when he talks, Pankow is not awkward. He’s relaxed, and makes eye contact with the expressive blue-gray eyes responsible for countless thirsty Instagram comments. He’s more like a polite freshman whose charm derives at least 30% from how happy he is to be here.

Pankow burst onto the scene this spring as the impulsive but loyal JJ on Netflix’s Outer Banks, and is still riding the wave of the sun-soaked teen drama’s success. However, the series debuted on April 15, nearly a month into nationwide stay-at-home orders due to the coronavirus pandemic. The typical experiences an emerging teen idol would have amid their big break — lunches with industry bigwigs, nights out with other anointed young heirs of Hollywood, lurking paparazzi — haven’t happened for Pankow yet.

“There hasn’t been a whole lot of, ‘Are you that guy from Outer Banks?’ in person yet,” Pankow says. He can still go grocery shopping without getting stopped for a selfie (face coverings are good for more than just slowing the spread of COVID-19). But that’s out in the physical world, where many people still aren’t going. Online, Pankow’s overnight ascension to Next Internet Boyfriend status is obvious. In the three weeks following the release of Outer Banks, his Instagram following shot from a few thousand to 1 million — and that was before he got verified. (The coveted blue checkmark followed quickly. He’s now at 3 million followers.) 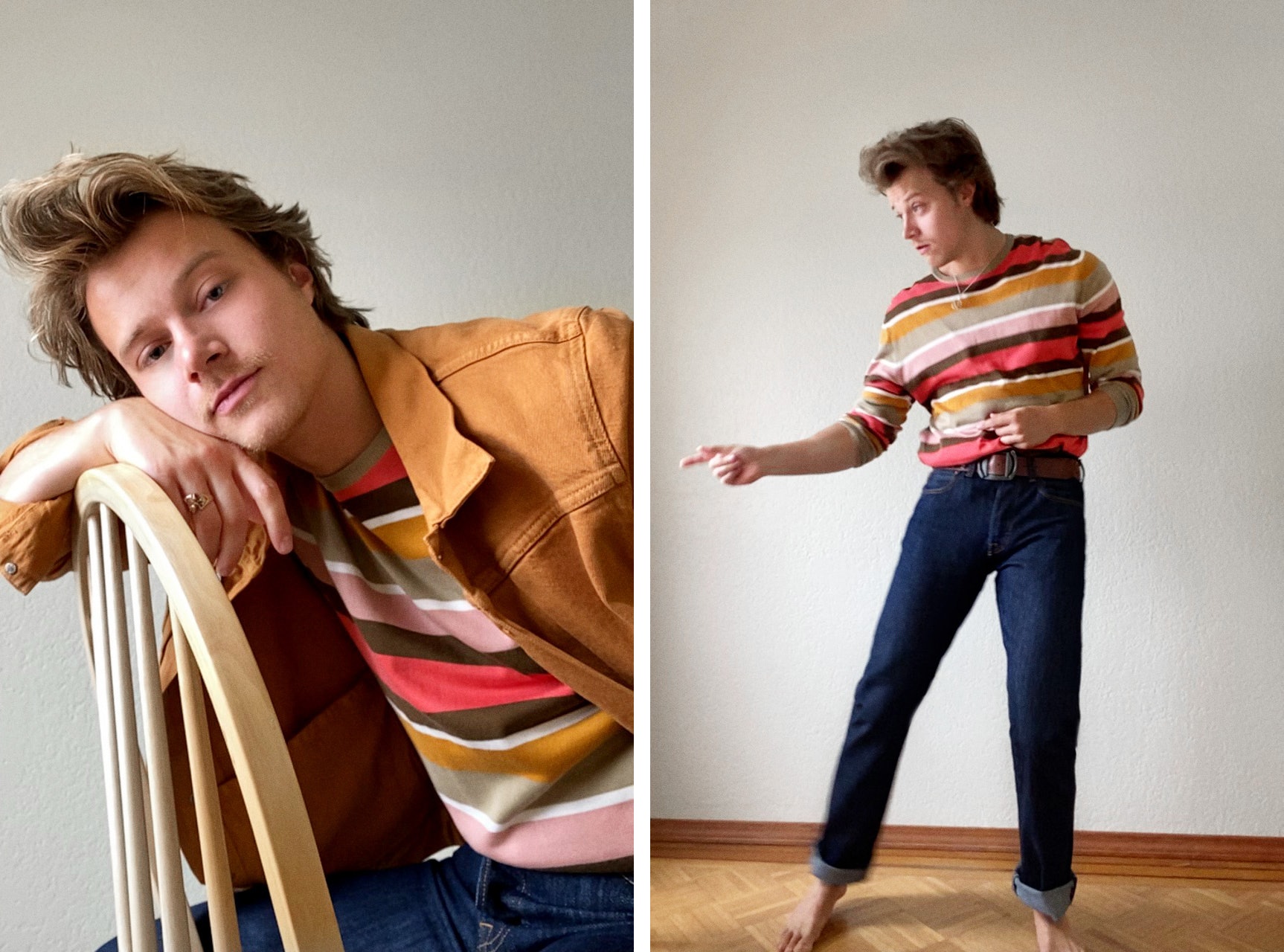 Until the end of May, the contents of Pankow’s grid were what you’d expect: cute dogs and behind-the-scenes shenanigans with his Outer Banks co-stars. But the May 25 police killing of George Floyd, along with the continuous nationwide protests that followed, made him (and the rest of the country) rethink how to communicate on social media.

In a moment when many established celebrities stayed silent or responded in arguably unhelpful ways, Pankow spoke up. On May 30, he posted an Instagram album of photos and video he took while protesting police brutality in Los Angeles, accompanied by the caption: “I am a white male in a biased country. We are not one people. Even though this country claims we are. Racism hasn’t stopped and will not stop, until the bases [sic] of this country reforms along with the ones who are sworn to protect it.”

Less than a week after that Instagram post, in early June, Pankow is back in Alaska. This trip to his remote hometown was planned before protests broke out, but as he quarantines alone in a condo — a precaution before he sees his family — Pankow’s focus remains on the long-overdue social justice uprising happening across the country. “I’m doing as much as I can to keep myself sane, but also support the Black Lives Matter movement,” he says. At the top of his mind are questions that many of his fans are asking themselves: “What do I do now? And what can I do?”

Right now, Pankow is learning. “You can educate others, but you’ve got to first educate yourself,” he says. “And then also, whether it’s donating or signing petitions, whether it’s…” he looks around, looking for what he wants to say “…being around in your head that this is happening now, and it needs to continue to happen. Even when the protesting stops … we need to remember what we’re learning right now.”

With such a large, engaged fanbase that definitely skews young, Pankow feels a responsibility to use his influence to speak out about racial injustice. “That, I guess, power is a major responsibility,” he says. “You feel it in your heart, but it’s a different thing to say it out loud. When you communicate that out into the world, you’ve got to be very specific.” 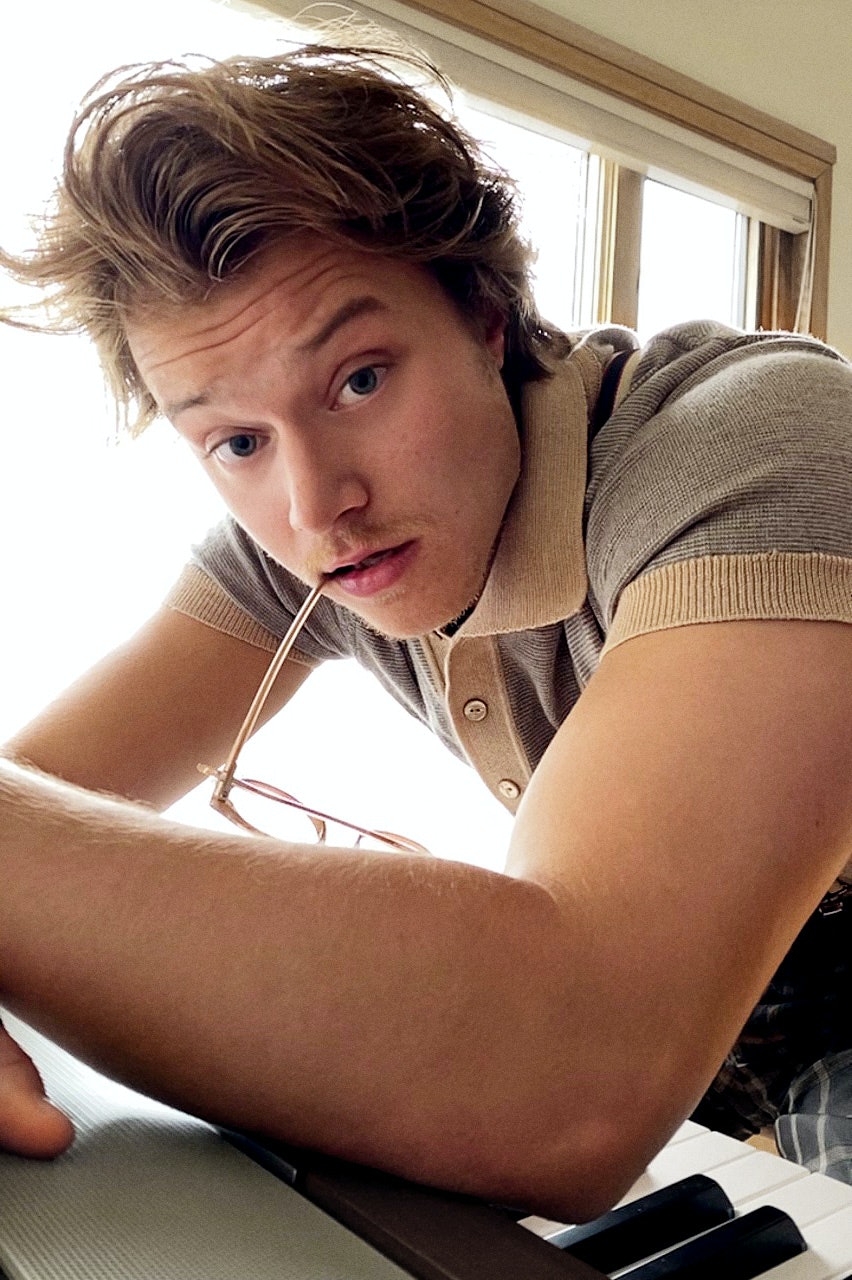 How to be thoughtfully and vocally anti-racist is a long overdue addition to the “what to say and what not to say” semester of Celebrity 101. The rest of its lessons, while trivial in comparison, are still on the syllabus. Like disclosing details about his dating life: “How do I say this? ‘That’s a personal aspect of my life that I would like to continue to keep private.’ That’s how I say that.” (He does reveal that he’s never used a dating app, so don’t bother swiping for him on Hinge.)

Pankow has also decided not to open DMs from fans. “I would feel really bad for opening one, and then not opening the rest of them,” he explains. The comments, however, are harder to avoid. “There’s some fun adoption requests,” he says, from Outer Banks fans who want to protect Pankow’s character, JJ. On the show, JJ deals with physical and emotional abuse from his father, and Pankow’s portrayal of these challenges (especially his now-famous heartbreaking hot tub scene) has elicited well-meaning but misguided responses from viewers. “I’m like —” Pankow clears his throat theatrically, “‘Guys, I really appreciate it. JJ is a character, and I’m happy that you want to adopt him, but I’m lucky enough to have parents [who] love me. So, I’m going to have to decline.’”

Pankow filled his real-life parents in on the adoption requests, but he has not emphasized the full scope of his career transformation in the nine weeks since Outer Banks came out. “They live in Alaska, [so] they can only witness so much. I don’t want to say I purposely keep them in the dark, but I kind of do that,” he explains. “I’m just like, ‘Yeah guys, it went really well and I’m coming home’ … And they’re like, ‘Great, Rudy, you’re on Netflix!’ And they’re so proud, but I don’t know if they fully see the whole entire change 100%.”

He’s laughing, but when asked why he downplays his success to his family, Pankow gets more serious. “I want them to always see me as just their son, someone who went to go do something that he really felt passionate about.” He thinks especially of his two brothers. “I’m still just [a] normal kid. There’s no difference. I want to keep it that way as much as possible.” 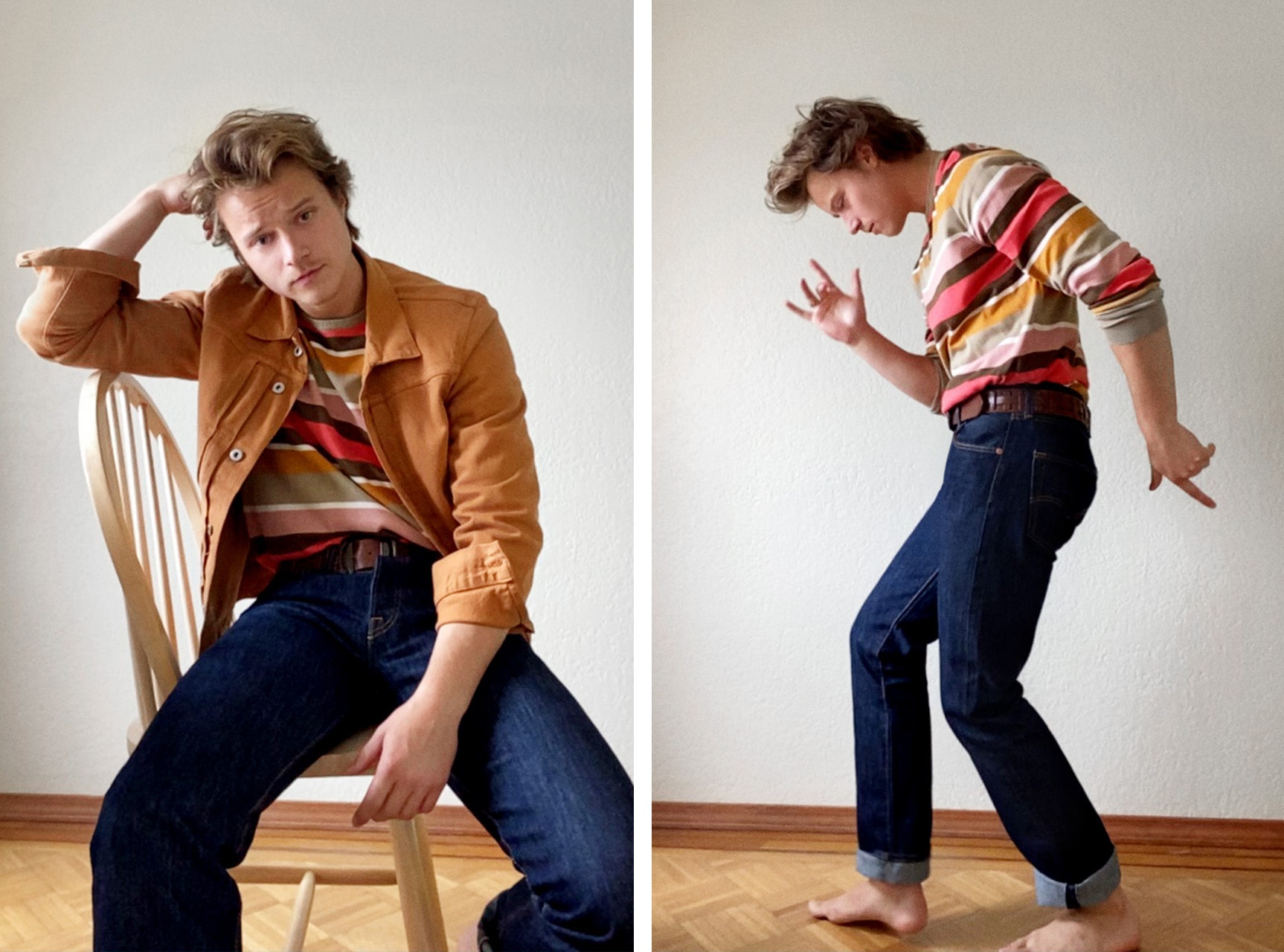 Some actors spend their entire childhoods trying to make it in Hollywood; Pankow decided to give it a shot at age 18. He ditched his plans to go to culinary school, opting instead to move to LA after high school graduation. Even in celeb years, Pankow got famous fast (he’s only 21 now), but he’s still doing his version of “normal kid” things, like making silly videos, exploring outdoors, and dabbling in the kitchen. “I really like breakfast foods. I made a mean scramble this morning,” he says, taking care to list off every ingredient he used (goat cheese and dill were involved). “I do still try to cook as much as I can, especially during these times when you don’t really know if you want to Postmates something or not,” he says. “So yeah, I’m still out there cookin’.”

The thing is, Pankow should probably get used to a new normal. Outer Banks co-creator Jonas Pate has said he plans to make at least four seasons of the Netflix hit, and unless producers are prepared for fan outrage, Pankow will likely have a starring role throughout the series.

From the sound of it, the Outer Banks creators wouldn’t let Pankow go even if he weren’t a viewer favorite. During the casting process, Pankow says, he was basically given the choice of who he wanted to play: the show’s golden-boy protagonist, John B., or his ride-or-die best friend, JJ. “I don’t want to, like, sound narcissistic, but it [felt] like I was playing myself when I was playing John B., and I didn’t like it,” he explains. “I had to say JJ, because he really was the person that I really love — and the story, and the arc that he had, and the comedic aspect of him.” (For the record, Pankow says his co-star, Chase Stokes, was definitely “the man for the job” of playing John B.) 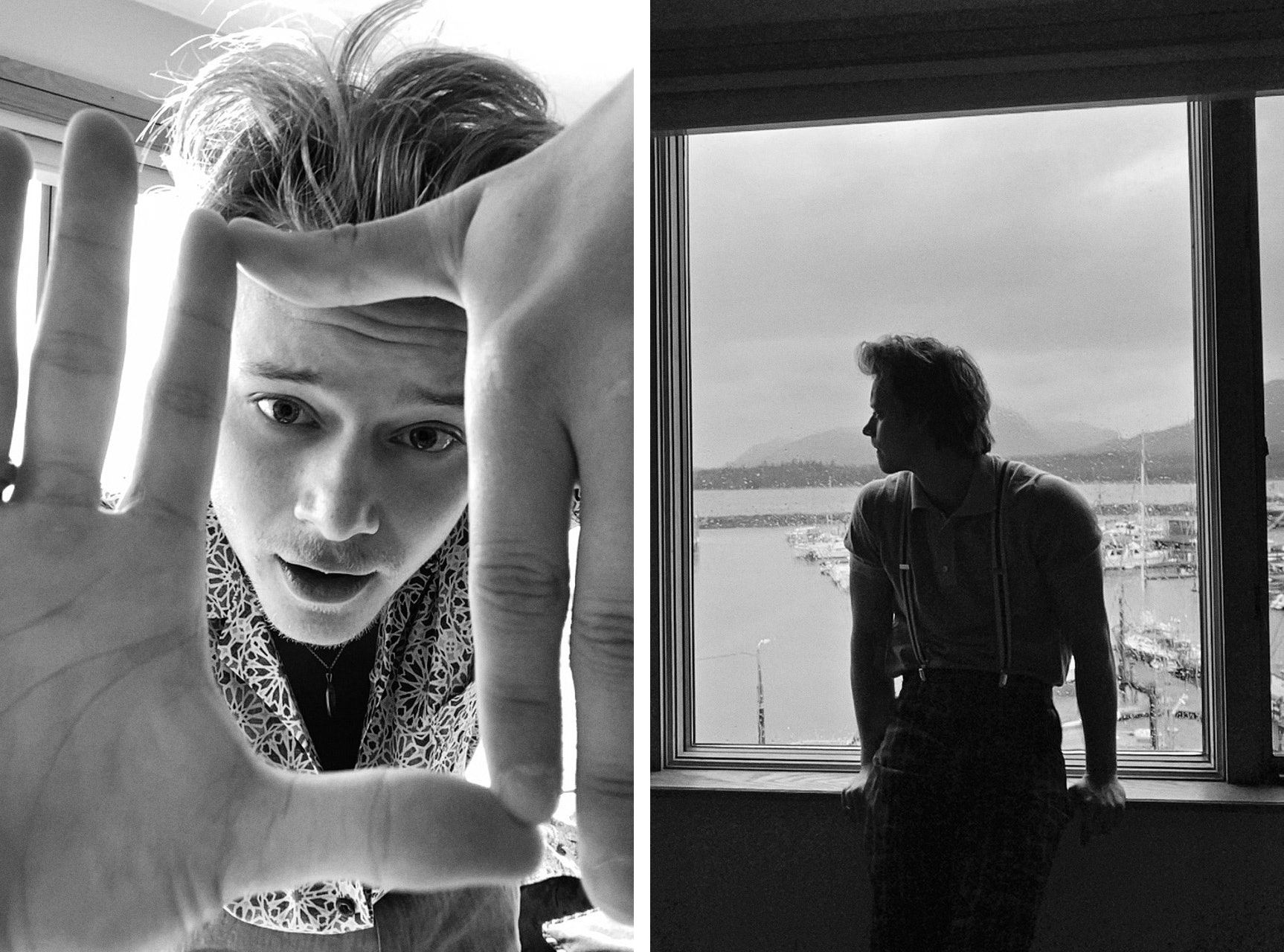 Pankow really hopes Netflix picks up the second season of Outer Banks (based on the show’s success so far, it’s looking good), but he’s also exploring opportunities beyond his breakout role. Pankow hints there are “things in the works” on this front, although he can’t share details yet. No matter where his career goes from here, he says he still loves doing smaller projects, like the student films and shorts that comprised most of his acting credits before Outer Banks. “I feel like that is very important as an actor, to remember where you came from.”

Right now he’s thinking most about where he just came from — the protests in LA — and what his role is while he is back home in Alaska. “It’s important to be out there, expressing [that] we need a change.” But the work doesn’t end there. “It’s about enforcing what the movement is about and standing up when witnessing social injustice. And voting to deconstruct the systematic racism that is in place.”

That, Pankow is learning, he can do anywhere. 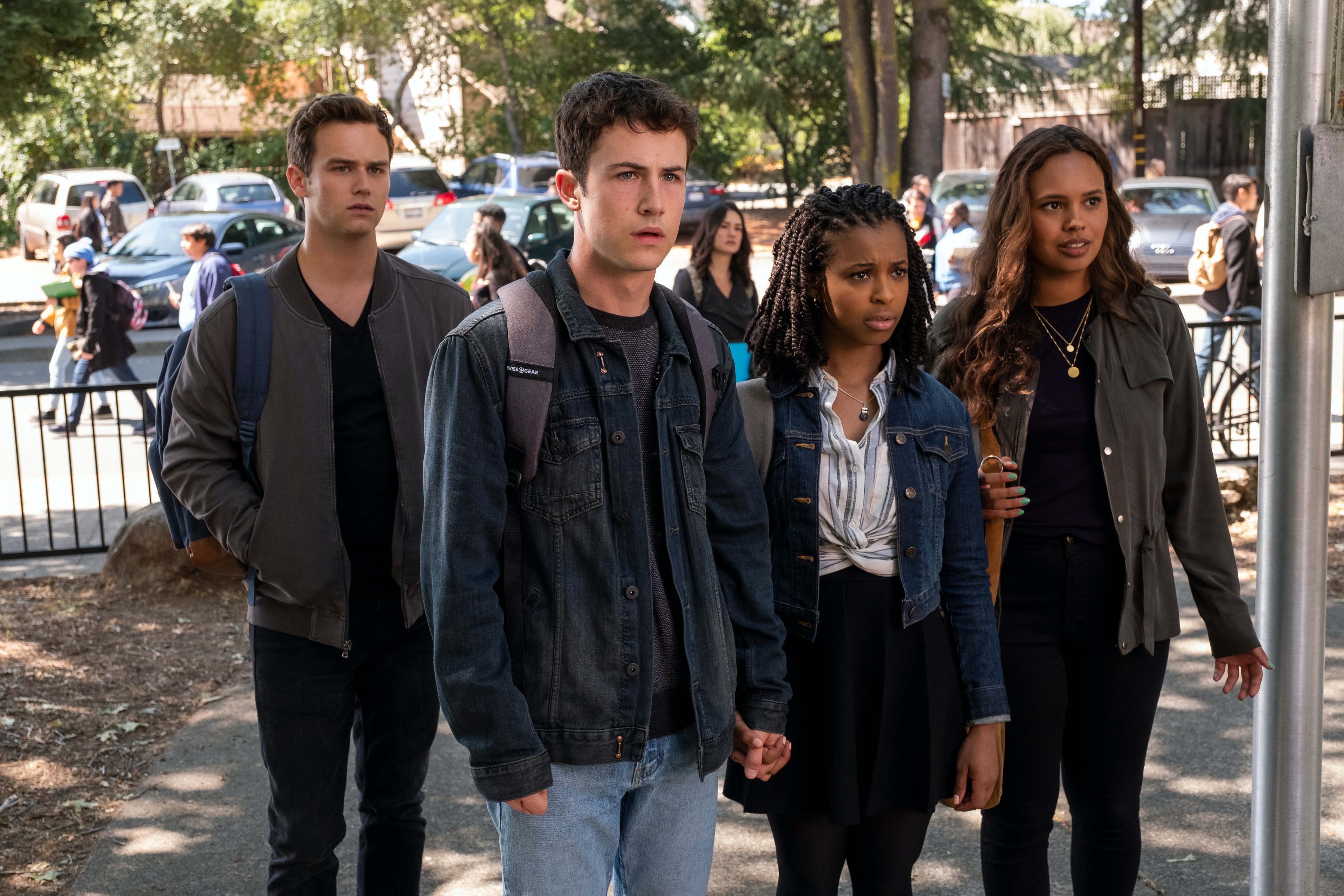 The ’13 Reasons Why’ Cast Says Season 4 Will Be "Fun," But Emotional — EXCLUSIVE 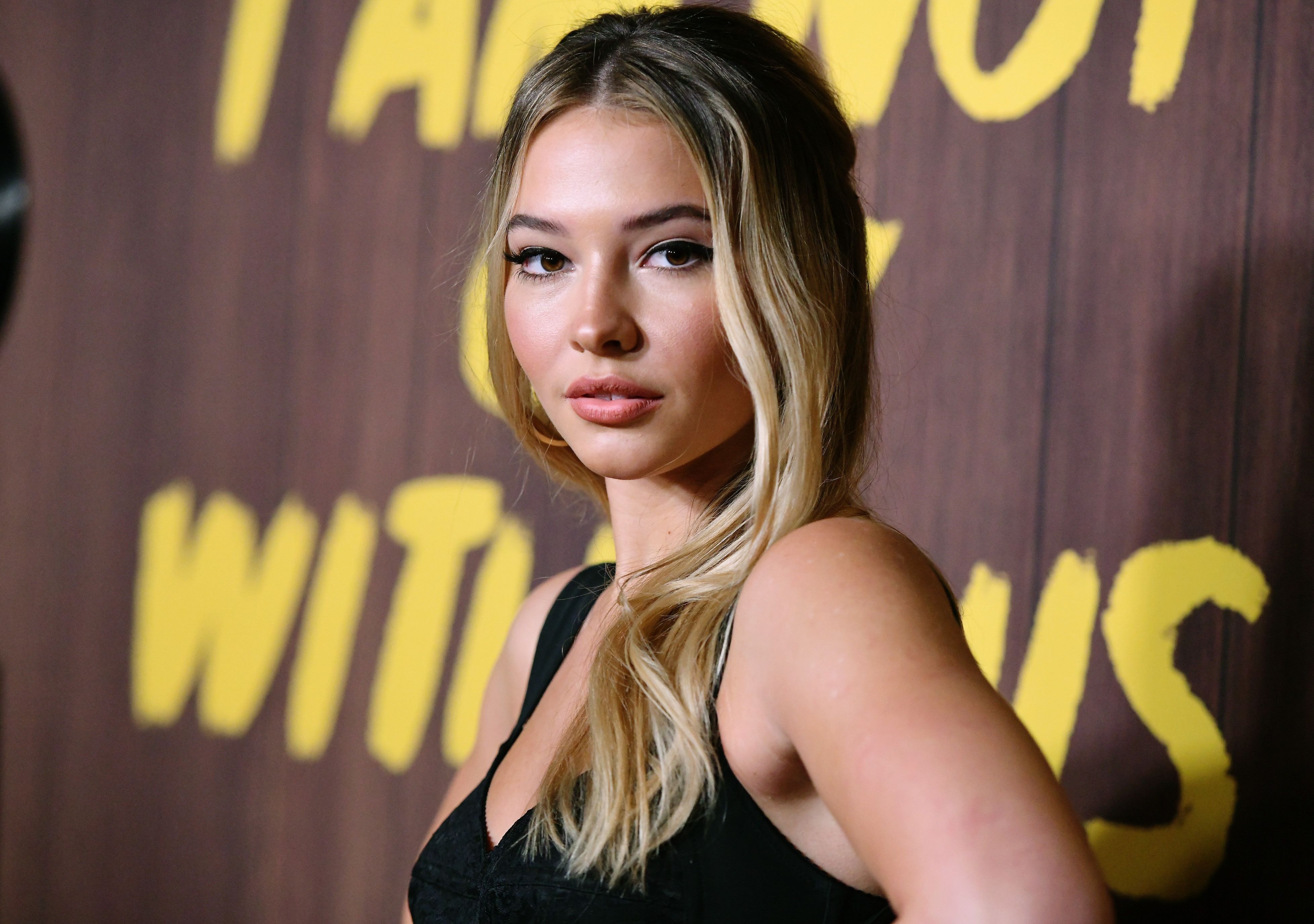 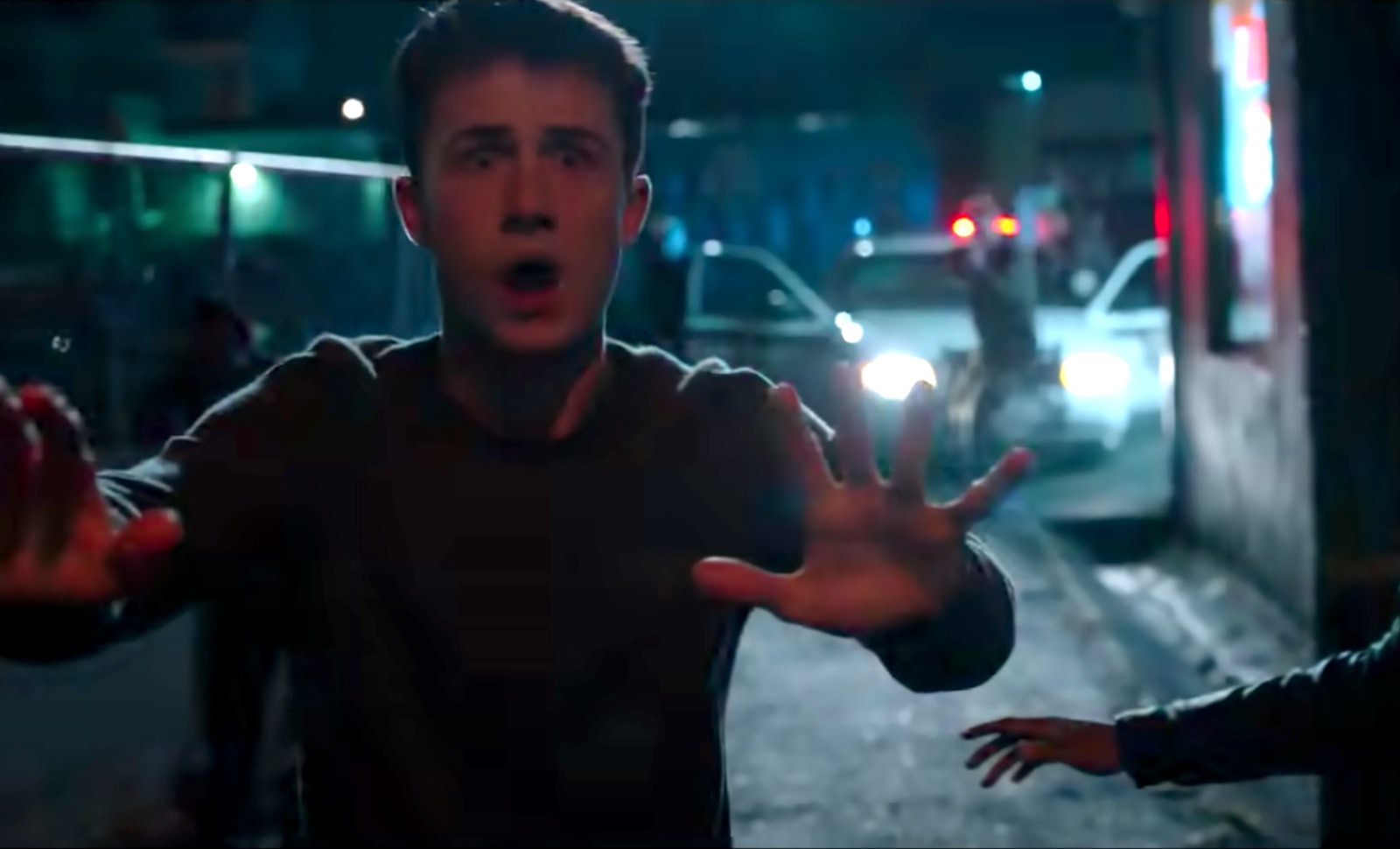