Sticky Fingers, released half a century ago today, represented a fresh start for the Rolling Stones and included what would become one of their best-loved songs: Brown Sugar. Yet what would go on not only to be the album’s most enduring feature, but also change the face of marketing, appeared on the LP’s inside sleeve and the record’s label: a pair of voluptuous red lips out of which stuck an equally bawdy tongue. It became synonymous with Sticky Fingers, as instantly recognisable a corporate logo as the bitten apple on an iPhone or the golden arches of McDonald’s, and marked the moment the band became a brand.

When the Stones celebrated their own 50th anniversary together in 2012, the American artist Shepard Fairey, who they commissioned to update the image, called it: “The most iconic, potent and enduring logo in rock and roll history the essence of rebellion and sexuality that is the allure of rock and roll at its finest.”

Yet the designer who created the original tongue and lips was initially paid just £50 for his troubles. Since then it has generated billions of pounds for the self-styled “greatest rock and roll band in the world”.

The release of Sticky Fingers was a pivotal moment for the Rolling Stones, and not just because it was their first album of the new decade. The group’s founder Brian Jones had been found dead in his swimming pool two years previously.

They had ditched their old label Decca and set up their own, called Rolling Stones Records, to give themselves greater artistic control – a requirement given urgent impetus by the alarming discovery they didn’t even own their back catalogue of hits.

Too late, they discovered that their departing manager Allen Klein (who was simultaneously also at the heart of The Beatles’s deeply acrimonious break-up) had signed over to his company the American copyright of their entire Sixties output, songs ranging from Satisfaction to Jumpin’ Jack Flash.

They had also just toured the UK for the first time in five years, which became known as the Goodbye Tour after the Stones announced their intention of becoming tax exiles and of moving to the south of France immediately afterwards, a relocation prompted by the income tax and surtax of between 83 and 98 percent they were paying. From then on, they vowed, things would be different.

While the creator of the lips was little known, the zipper cover was the creation of that master of pop art, Andy Warhol. He and Jagger had met and become friends when the band first toured the US in 1963.

The zip was pulled down to reveal an image of a pair of white briefs, stamped in gold with Warhol’s name.

Despite much speculation about who was modelling the jeans in the picture, at first believed to be Jagger himself, the body almost certainly belonged to a model and actor friend of Warhol’s called Joe Dallesandro (whose other claim to fame is that he is the “Little Joe” who features in the lyrics of Lou Reed’s Walk on the Wild Side).

The image proved far too risqué for some countries. The strait-laced culture and censorship of the right-wing Franco regime in Spain meant the cover was replaced there with what became known as the “can of fingers”: gruesome disembodied digits emerging from a treacle can.

When Sticky Fingers was eventually released in Russia in 1992, following the fall of the USSR, the cover featured blue jeans on a female model, with a zipper and Soviet army hammer and sickle-inscribed belt buckle. Warhol was paid £15,000 for the artwork (about £215,000 in today’s money). It was an awful lot more than the other artist involved with the album would receive.

John Pasche, who will be 76 tomorrow, had just completed his MA at the Royal College of Art at the time, when he was recommended to Jagger. 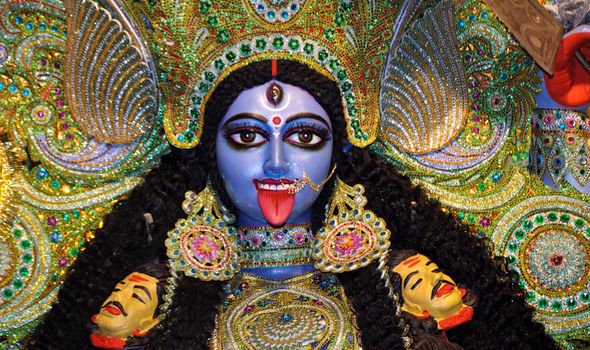 The tongue and lips came from an illustration of the Hindu deity Kali that the singer had seen in a shop near his home.

Pasche recalled that Jagger sought, “an image that could work on its own like the Shell Petroleum logo. He wanted that kind simplicity. India was very much in fashion at the time, but I thought something like that might go out of date. I just immediately picked up on the tongue and mouth.”

It helped that, as best-selling author and broadcaster David Hepworth points out: “Mick Jagger’s mouth was a big talking point at the time, often not in a complimentary way. So the logo was taking a characteristic people objected to and blowing it up.”

John Pasche regarded it as a protest symbol: “The kind of thing kids do when they stick their tongue out at you.”

His black and white drawing was then sent to New York, where it underwent a redesign – most crucially in its now familiar colour – by the Sound Packaging Corporation, a company whose other creations had included the distinctive banana on the cover of the Velvet Underground & Nico album.

The Stones were sufficiently pleased with the image to pay Pasche a further £200 for it the following year. 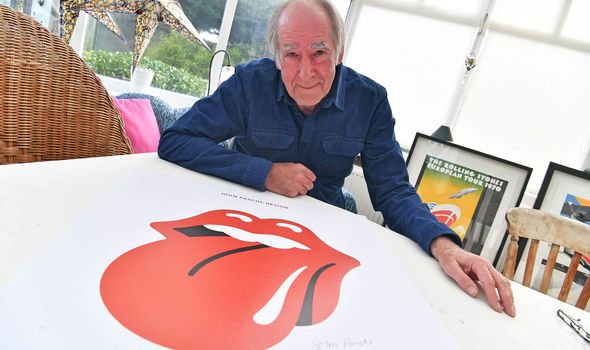 In 2008, the Victoria & Albert Museum in London paid £50,000 for his original drawing. But it has been worth much, much more to the Stones.

The tongue and lips have appeared on countless items of merchandise, from T-shirts to a range of lingerie by Agent Provocateur.

It forms the livery of the band’s official aircraft while touring, and was recreated in the stage on which the band played at American football’s 2006 Superbowl.

“I’ve been told the logo’s the most valuable thing they own,” says Hepworth. “It’s sold a lot of T-shirts, and nowadays they sell more T-shirts than records.”

While its value is impossible to calculate in isolation, the logo’s contribution is central to the estimated £2billion the Rolling Stones have earned from records, song rights, merchandising, touring and sponsorship over the course of their career so far.

Mick Jagger’s personal fortune alone is believed to be at least £257million; Keith Richards not far behind on £243million. 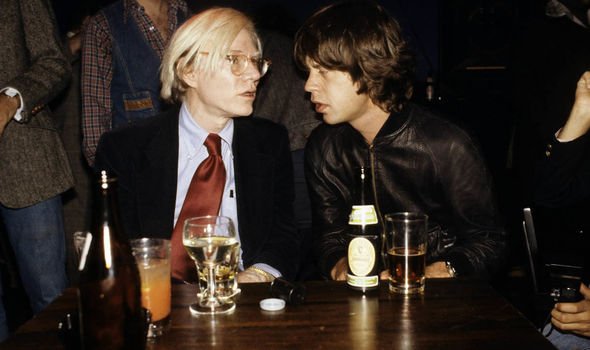 Hepworth, a rock historian whose latest book is Overpaid, Oversexed and Over There, How A Few Skinny Brits With Bad Teeth Rocked America, says the logo’s creation came at around the same time as the Stones first billed themselves as “the greatest rock and roll band in the world”.

“Nobody else – The Beatles, The Who, and others – thought of branding themselves in that fashion,” he explains.

“The tongue and lips is a representation of that branding. It’s better than selling themselves with a picture of when they were young and beautiful, which wouldn’t be good for their egos now.

“It’s better than selling themselves with a picture of themselves from the present day, when they’re old and raddled, which wouldn’t be good for their egos either.

“So instead you have the tongue and the lips – it’s an idea of the Stones that everyone understands.”

They’ve been putting their money where the mouth is ever since.