Revealed: How to cut the cost of train travel, from joining the railcard revolution to splitting tickets on long-distance journeys

Every week our Holiday Hero Neil Simpson takes an in-depth look at a brilliant holiday topic, doing all the legwork so you don’t have to. This week: How to cut the cost of train travel.

It has rarely been as comfortable to let the train take the strain for day-trips or short staycations.

With many carriages a third full at most, social distancing is easy, while, to make journeys even safer, hand sanitiser dispensers are lined up on stations. 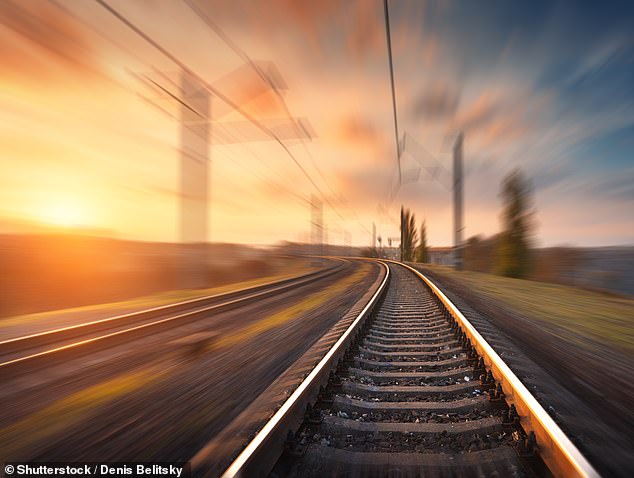 Onboard bistros are beginning to reopen, so you can grab a hot chocolate and a bacon sandwich as you watch the world flash past on an Avanti West Coast Pendolino service to the likes of London, Liverpool or Glasgow. Or head to relaunched ‘buffet spots’ for a coffee and snack-pack on a Cross Country Trains service across Wales or to holiday hotspots such as Newquay and Penzance.

Better still, pass through newly renovated stations such as Glasgow Queen Street, Birmingham New Street, Reading, London Bridge or London’s Kings Cross and you’ll see architecture and expanded concourses that have defied the doubters to become the envy of cities across Europe.

The only downside to travelling on the UK’s trains can be the cost and confusion of buying tickets. But three travel tricks can let you get away for less.

First is to wake up to the railcard revolution. Gone are the days when discounted fares were only for students. Today there are nearly a dozen national railcards plus regional cards for residents in Wales, Scotland and South East England. Most cost £30 a year and cut off-peak fares by a third or sometimes even by half. All can be used whether you buy tickets at stations, online or on apps such as The Trainline.

Young people are still well-served with cards for 16-25 and 26-30-year-olds, but a little-known perk means full-time students of any age can get the latter card and enjoy discounted fares alongside younger classmates. There’s a Two Together card for two people who regularly travel together and a Family & Friends card giving up to a third off fares for up to four adults plus up to 60 per cent off kids’ fares. Senior railcards for the over-60s round out the pack. Get details at railcard.co.uk.

The second travel trick is to do the splits: unlocking extra savings by splitting a long-distance ticket into shorter journeys. 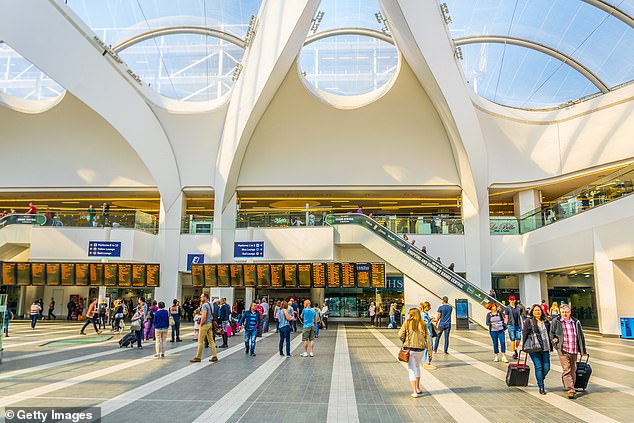 Setting out in style: The spacious and futuristic concourse at Birmingham’s New Street station

Once the splits were confirmed to be legal, a host of websites and apps popped up to search dozens of ticket combinations for savings. As well as thetrainline.com, it’s worth looking at raileasy.co.uk and showmethejourney.com. Seat61.com and rome2rio.com also offer advice on routes and fares.

The third train trick is to grab other discounts elsewhere. National Rail has set up daysoutguide.co.uk to offer train passengers two-for-one tickets to reopened attractions including Legoland Windsor, The Blackpool Tower Dungeon, the London Eye, Thorpe Park and Sea Life Manchester with its sharks, jellyfish and giant green sea turtles.

In addition, holders of Family & Friends and other railcards can claim up to £50 off reservations at Haven holiday parks or get five per cent off cottages.com bookings.