He died on October 5 — and it was too late to remove his name from the ballot.

David Andahl has won a seat in the North Dakota state legislature — one month after he died of Covid.

The 55-year-old passed away on October 5, but it was too late to remove his name from the ballot.

The Republican rancher had won a heated GOP primary against incumbent committee chairman Jeff Delzer, after being backed by state Governor Doug Burgum, as well as Senator Kevin Cramer, “because we need more Trump Republicans in the State Legislature.” 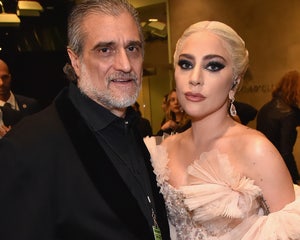 But on October 1 Andahl, who reportedly suffered from a number of health issues, was hospitalized after contracting COVID-19. Four days later he died from complications of the disease.

State election authorities had no precedent on how to handle the death of a candidate so close to an election; per the Washington Post, the state attorney general issued an opinion letter suggesting that should the late Andahl win, the local Republican Party would be responsible for filling the vacant seat until a special election could be held.

And on Tuesday, Andhal did win. He comfortably landed one of the two seats up for grabs, securing 5,901 votes, more than 35 percent of the electorate.

He finished only behind his party running mate Dave Nehring, while their opposing Democratic candidates — Kathrin Volochenko and Linda Babb — won less than 12 and 10 percent of the vote, respectively.

While very rare, posthumous election wins are not unprecedented: at least six dead Americans have previously been elected to different levels of government, according to the Post.

North Dakota has suffered as one of the country’s worst coronavirus hotspots for more than a month; in the last seven days alone, the death rate stood at 1.5 deaths per 100,000 people, compared to the nationwide average of 0.3 per 100,000, according to the CDC.