‘This is why I became a vegetarian’: Redditors argue it is ‘horrifying’ and ‘f***ed up’ to boil crustaceans alive after a meat eater admitted to feeling guilt over cooking living creatures

Redditors are complaining about how ‘horrifying’ and ‘f***ed up’ it is to boil crustaceans alive before eating them.

Cooking live crustaceans like lobster in boiling water has long been a common practice as a way to fend off food poisoning — but while some people have been eating them that way their whole lives, it is just occurring to them as adults that it’s problematic.

When one Redditor ranted about the cooking technique, thousands upvoted his post in support — with some pointing out that it’s only recently started becoming common to kill lobsters before cooking them. 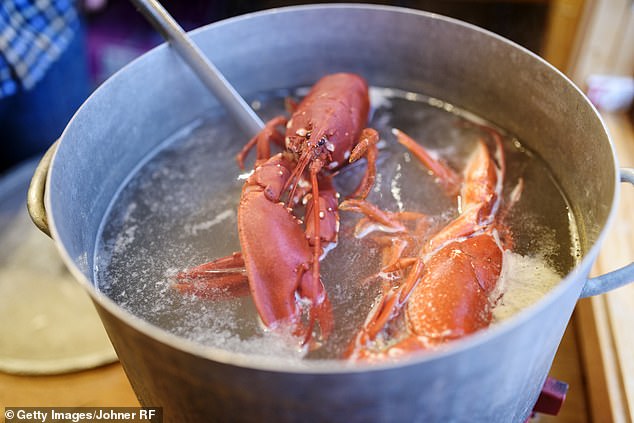 Cruel: Redditors are complaining about how ‘horrifying’ and ‘f***ed up’ it is to boil crustaceans alive before eating them, a practice only recently becoming less common in the US

Humans have boiled crustaceans like lobsters alive for thousands of years.

According to Business Insider, the practice was picked up by American chefs by 1880, because people discovered lobsters taste better when they’re cooked this way.

Doing so also reduces the risk of food poisoning, since Vibrio bacteria can live on decaying lobsters and other shellfish. They are usually present within hours of one dying and cooking the meat doesn’t get rid of them.

The bacteria can cause cramping, nausea, vomiting, fever, chills, and sometimes death in humans.

But despite the reduced risk when cooking this way, many people still point out that we don’t know if these animals feel pain, so it’s cruel to cook them alive — an argument one Reddit user made to great agreement on Monday.

‘And we just casually put them into a pot of boiling water or a steamer and just wait til it’s done. Jesus…’

Other Redditors chimed in to say that they, too, find it problematic that crustaceans are cooked this way.

‘It’s horrifying and we go to great lengths to excuse the torture we cause other creatures,’ wrote one.

‘This is why I became a vegetarian,’ said another.

‘I have a friend who works at a lobster pound and occasionally gives me lobsters. I thank him then take a short drive to the ocean, take the rubber bands off and let them go,’ said yet another.

Most commenters, however, pointed out that this practice is changing, and it’s becoming much more common for chefs will kill them immediately before cooking.

‘It’s becoming increasingly more common for the lobster to be killed before being boiled,’ wrote one. 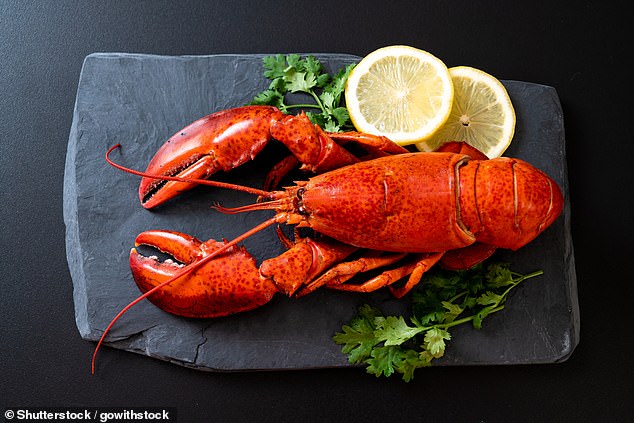 ‘You should buy them live to ensure its fresh because seafood does go off super quick, but you should still quickly kill it just before cooking. There’s tons of videos on how to do it properly on YouTube,’ wrote another.

‘Basically if you stick a poker through their brain they die instantly. I have a metal one from a broken thermometer that one-shots almost every lobster,’ said yet another.

‘The instant kill is a relatively new standard,’ one more chimed in. ‘I went to culinary school between 2004 and 2007 and we were taught to just throw them into cooking liquid of choice head first. And the liquid must be a rolling boil to be humane.’

The practice of killing first is even more common elsewhere in the world: In New Zealand and Switzerland it’s illegal to boil lobsters alive.

Some people, though, took the thread as an opportunity that to argue that the way many animals are killed for consumption is just as cruel.

‘Most animals are killed in a pretty f***ed up way for us to eat them,’ wrote a vegan who encouraged others to consider cutting down on their meat and dairy consumption, even if it’s only sometimes.