An aromatherapy spray sold at Walmart may contain a "rare and dangerous" bacteria that's been linked to multiple illnesses, including two deaths, according to the U.S. Consumer Product Safety Commission (CPSC).

Walmart issued a recall for The Better Homes & Gardens Lavender & Chamomile Essential Oil Infused Aromatherapy Room Spray with Gemstones after a sample tested positive for Burkholderia pseudomallei, "which causes melioidosis, a condition that is difficult to diagnose and can be fatal," according to the recall notice posted by CPSC.

The recall covers six different scents that were sold at more than 50 Walmart stores and on the retailer's website. The spray bottles were available from February until late October when Walmart pulled the product from its shelves.

Representatives for Walmart did not respond to FOX Business' request for comment.

Laboratory testing by the U.S. Centers for Disease Control and Prevention (CDC) originally revealed the presence of Burkholderia pseudomallei, which was "the same type of bacteria that sickened four people in the United States earlier this year," the CDC said. 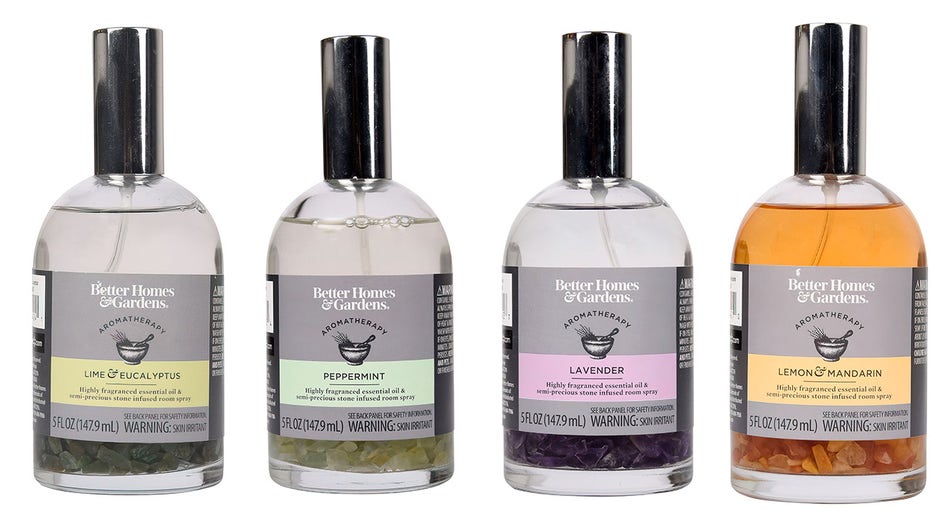 The agency has been investigating the four cases of melioidosis, which had been reported in Kansas, Minnesota, Texas and Georgia. Two of the patients died, the CDC said.

The CDC has yet to identify a source of the four infections, according to CPSC. However, samples taken by the CDC from the spray bottle in the home of the Georgia victim "found the presence of these dangerous bacteria," CPSC said.

The CDC is coordinating alongside health departments in Kansas, Minnesota, and Texas to determine whether the other three patients may have also used this spray or another similar product.

"We at CDC have been very concerned to see these serious related illness spread across time and geography," said Inger Damon, director of CDC’s Division of High-Consequence Pathogens and Pathology. "That is why our scientists have continued to work tirelessly to try to find the potential source for the melioidosis infections in these patients. We hope this work can help protect other people who may have used this spray."

There are about 12 cases of melioidosis reported in the U.S. every year, the CDC said. Most cases are discovered in people who live or travel to other parts of the world where the bacteria naturally occurs, such as parts of South and Southeast Asia and northern Australia.

The dangerous bacteria can cause a wide range of symptoms and can be confused with common illnesses such as the flu or a cold, according to the CDC.