Billionaire hedge fund founder Ray Dalio on Wednesday opened up about his son's death, just weeks after the deadly Connecticut car crash that "tore" up his family.

In December, Ray Dalio's son, Devon, was killed when the Audi he was driving crashed into a Verizon store at a shopping center in Greenwich and burst into flames. He suffered from smoke inhalation and thermal injuries, which led to his death, officials confirmed to Fox News.

Up until Wednesday, the billionaire founder of Bridgewater Associates remained mostly silent on the matter — only posting a few social media messages – in order to mourn and process the "devastating"  Dec. 17 crash.

"It was like a bomb went off that tore my wife and I and our family up," Ray Dalio said in a LinkedIn post on Wednesday. "At the time, it was difficult to process emotionally and intellectually, yet I had to decide what to do to deal with these traumas."

Right after his son's death, Ray Dalio tweeted that his family was “mourning and processing and would prefer to be incommunicado for the time being.”

In his latest post entitled "My Reflections Six Weeks After My Son’s Passing" — which will be his last one on the matter — Ray Dalio said he wanted to share his journey over the past month and a half, which put him "in a much better place emotionally and intellectually," in part to help others who may face a "somewhat analogous version of this case."

Some of his methods included meditation and eliminating "all distractions" from his family's lives in order to allow for an "abundance of time to feel and think and do whatever came naturally," he wrote. 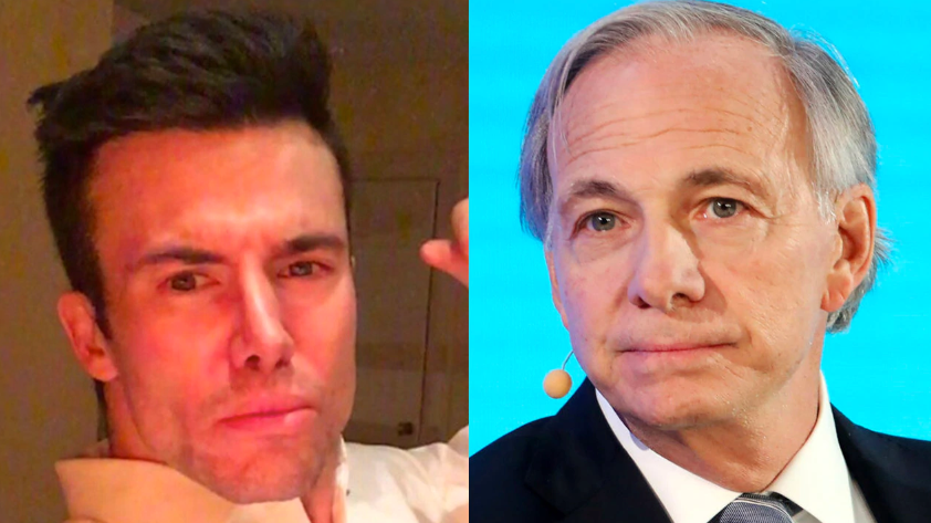 Allowing the family to be alone together and experience "this without obligations was best," he added.

After his son's small and intimate burial, the family went to a place "with lots of nature and trails in the woods" so they could walk and have the "freedom we had to feel, think, and do what each wanted."

Ray Dalio said this allowed them to "emotionally and intellectually get into our own equilibrium," which included crying and laughing at memories of 42-year-old Devon Dalio.

Upon returning, Ray Dalio said they didn't want their son to "become irrelevant and out of our thoughts."

Instead, he and his wife, Barbara, put a picture of Devon Dalio and his daughter in a spot of their home where they have tea every morning.

"We say hello to him and feel him with us, and we each conjure up memories of him and write them down in a journal which we will pass to his daughter to read when she is older," Dalio said.

Now that the family has settled back into their "new normal, in which we are going on with our lives having emotionally and intellectually come to terms with our new reality," Ray Dalio said it will be his "last communication on this subject."

Prior to his death, Devon Dalio worked as a project manager at Bridgewater Associates, according to his LinkedIn page. He also served as a board member of the Dalio Foundation, according to the foundation’s tax filings.

In addition to his parents, Devon Dalio is survived by a wife, daughter and three brothers.