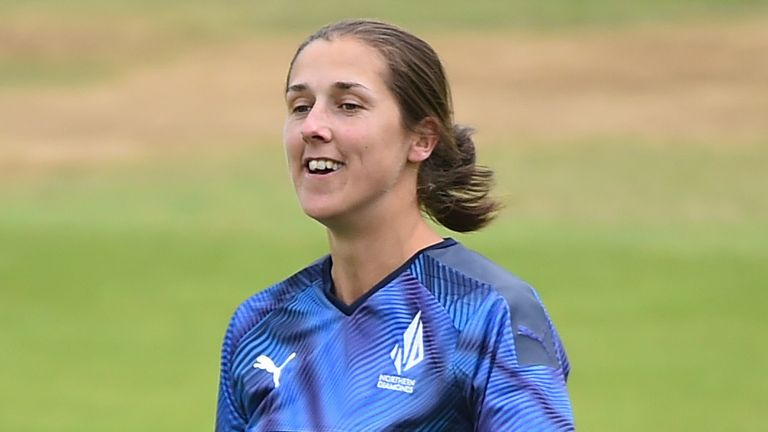 Northern Diamonds maintained their 100 per cent record in the Rachael Heyhoe Flint Trophy after Jenny Gunn rolled back the years to drag them to victory over Lightning from what had looked like a losing position.

Chasing 227 to win, Diamonds appeared to be heading for defeat when they slipped to 119-7 in the 30th over, still well short of the required rate and with wickets running out at the Fischer County Ground.

But former England star Gunn, 34, who played for Lightning in the Kia Super League in 2018 and 2019, teamed up with another experienced campaigner in Beth Langston to add 81 in 15 overs for the eight wicket before fellow World Cup-winner Langston fell for 37.

That still left 27 required but Gunn stayed on to complete a 72-ball half-century before Phoebe Graham struck the winning boundary with seven balls to spare. Lightning vs Diamonds scorecard Luff stroked nine fours in an innings of 85 from 115 balls, sharing stands of 80 – in just 61 deliveries – with Alex Griffiths and 55 with Claire Nicholas as Storm rattled up 265-6, despite 10 excellent overs of off-spin from Alice Macleod (1-34).

Lauren Filer then took wickets with her first two balls of the tournament, before Fi Morris (5-26) claimed a five-wicket haul as Sunrisers mustered 179 in reply, Jo Gardner top-scoring with 54. Sunrisers vs Storm scorecard

The Southern Vipers remain on course for the final as they made it three wins out of three by defeating the South East Stars by 111 runs at Hove.

The Stars, chasing the Vipers’ 209-8, never came to terms with a difficult surface but kept themselves in touch until they suddenly fell away, losing five wickets in seven overs for 11 runs halfway through their 50-over allocation.

They were eventually bowled out for 98 with Tara Norris taking 3-27 for the Vipers and two wickets apiece for Charlotte Taylor and Paige Scholfield. Vipers vs Stars scorecard

Central Sparks beat North West Thunder by eight wickets, chasing down 167 in 39 overs at New Road thanks to four wickets from Clare Boycott and Eve Jones making 90 to see her side over the line.