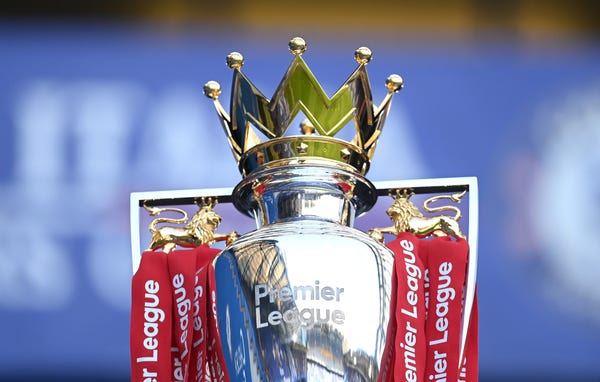 "Project Big Picture" could see the biggest shake up in the history of the English Premier League.

But what is it? And what could it mean for English football?

What is 'Project Big Picture'?

Project Big Picture aims to both radically overhaul the power structure of the Premier League and help financially safeguard teams in the divisions below.

What does it mean for the EPL and EFL?

For the Premier League, it would see the power on big decisions such as rule changes and broadcasting rights shift unequivocally in the favour of the big six – Arsenal, Chelsea, Tottenham, Liverpool, Man United, and Man City.

Currently, all 20 clubs get to vote on such issues, with a majority of 14 needing to vote in favour to pass any motion. Under Project Big Picture, only nine clubs (Arsenal, Chelsea, Everton, Liverpool, Man United, Man City, Southampton, Tottenham, West Ham) would get to vote, with a majority of six needed to push through any proposed changes.

In essence, this means the Premier League's smaller clubs have no say in what happens, with the big six holding all the power. While Everton, Southampton, and West Ham remain in the vote – they are outnumbered by those above them.

Sportsmail reports that the group will also be able to oppose proposed takeovers at the remaining clubs.

For the English Football League, the plans would ease the financial strain on clubs in the lower leagues, helping create sustainable futures for all and avoid instances of insolvency.

Project Big Picture would also provide clubs in the EFL with immediate injection of money from the teams in the Premier League in order to help fix the damage caused by the coronavirus pandemic.

What has been said?

Unsurprisingly, Parry, a driving force behind the plans, is all in favour of the reshape.

"It's a broken system, it was broken before COVID," Parry told TalkSPORT. "From our perspective, what big picture does is address every single one of those equalities.

"A lot of the reaction has been hysterical. People have seen it as a power grab but I don't see it that way.

"I look at the benefits for us and if it's taken two of our leading clubs to come up with the plan, let's congratulate them and hopefully make something radical happen, because we need radical solutions."

The Premier League, however, do not approve of the plans being made behind its back.

"English football is the world's most watched, and has a vibrant, dynamic and competitive league structure that drives interest around the globe," the league said, as per TalkSPORT.

"To maintain this position, it is important that we all work together. Both the Premier League and the FA support a wide-ranging discussion on the future of the game, including its competition structures, calendar and overall financing particularly in light of the effects of COVID-19.

"Football has many stakeholders, therefore this work should be carried out through the proper channels enabling all clubs and stakeholders the opportunity to contribute."

The UK government has also condemned the proposal, with the Department for Culture, Media and Sport calling it a "backroom deal."

"We are surprised and disappointed that at a time of crisis when we have urged the top tiers of professional football to come together and finalize a deal to help lower league clubs, there appear to be backroom deals being cooked up that would create a closed shop at the very top of the game," a spokesperson said, according to the BBC.

"Sustainability, integrity and fair competition are absolutely paramount and anything that may undermine them is deeply troubling. Fans must be front of all our minds, and this shows why our fan led review of football governance will be so critical."