Crown Princess Victoria of Sweden posed for a series of stunning portraits alongside husband Prince Daniel, Duke of Västergötland, to mark their 10th wedding anniversary.

In one of the regal portraits, Crown Prince Victoria beams in a blush floor-sweeping gown and tiara as she stood underneath a dazzling chandelier, alongside a dapper-looking Prince Daniel, 46. 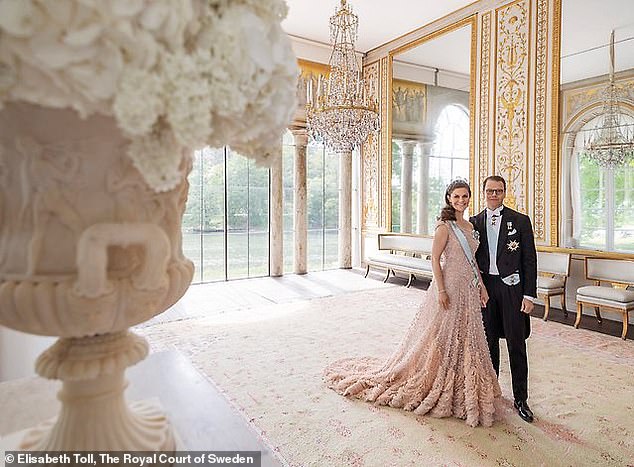 Crown Princess Victoria of Sweden, 42, and her husband Prince Daniel, 46, (pictured) posed for a series of portraits to celebrate their 10th wedding anniversary 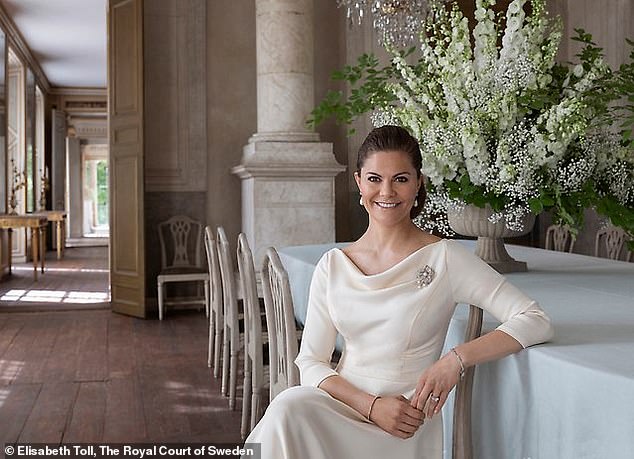 The heir apparent, 42, (pictured) donned a number of outfits including a white gown for the photoshoot at  Gustav III’s pavilion at Haga 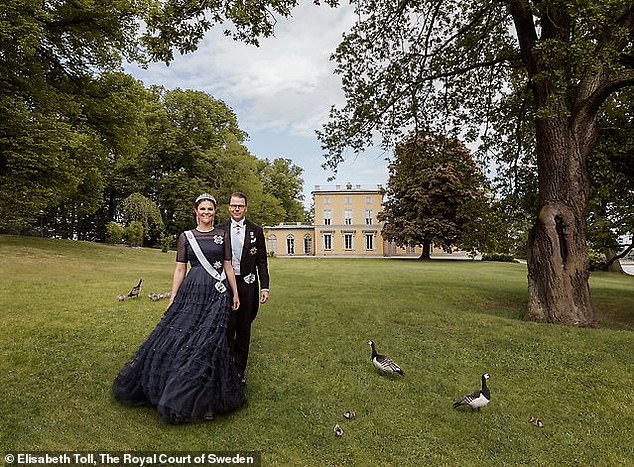 The royal styled her glossy brunette hair into voluminous curls swept to the side, completing the look with subtle make-up for a natural look.

In another portrait, she donned a classic white dress with a scoop neckline – a nod to the satin gown by designer Pär Engsheden that she wore on her wedding day.

The Swedish Royal also opted for a lavish navy dress with ruffle detail, for which she swept her hair into a chic bun. Prince Daniel looked equally polished in a black suit, paired with a white shirt. 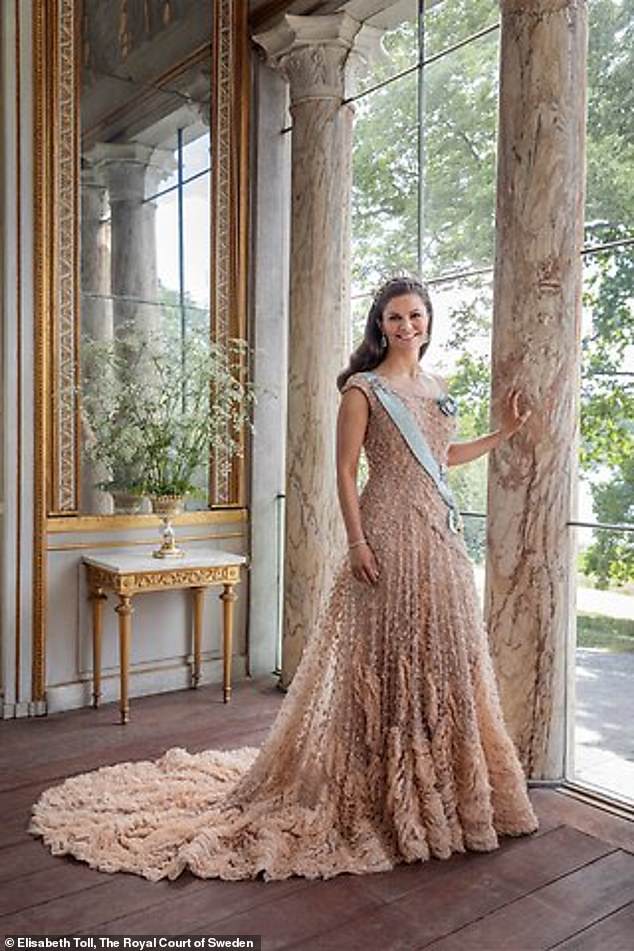 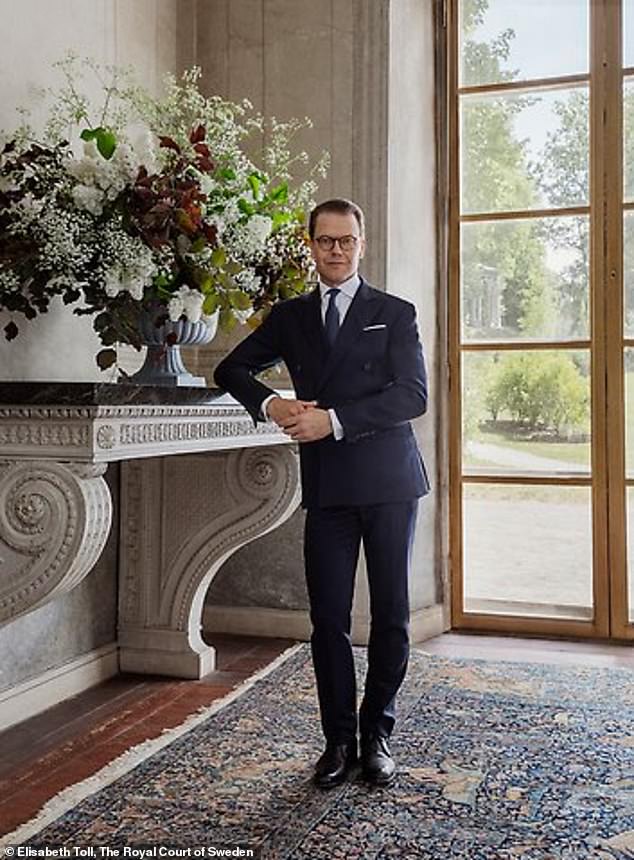 Designed by the architect Olof Tempelman in 1787, Gustav III’s pavilion at Haga is known for its Bedustavian style.

Former personal trainer Prince Daniel and Crown Princess Victoria embraced the heritage of the premises, ensuring their outfits complimented the interior which was designed by artist Louis Masreliéz.

The couple, who married at at Stockholm Cathedral in 2010, are parents to Princess Estelle, eight, and Prince Oscar, four.

They’ve continued to work throughout the pandemic via video call, as businesses in Sweden remained open with advice to practice social distancing. 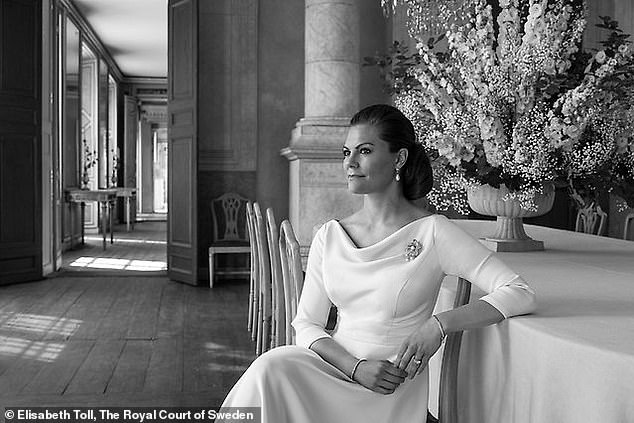 Princess Victoria (pictured) gave a nod to the satin dress worn on her wedding day, in a snap with her hair swept neatly into a bun 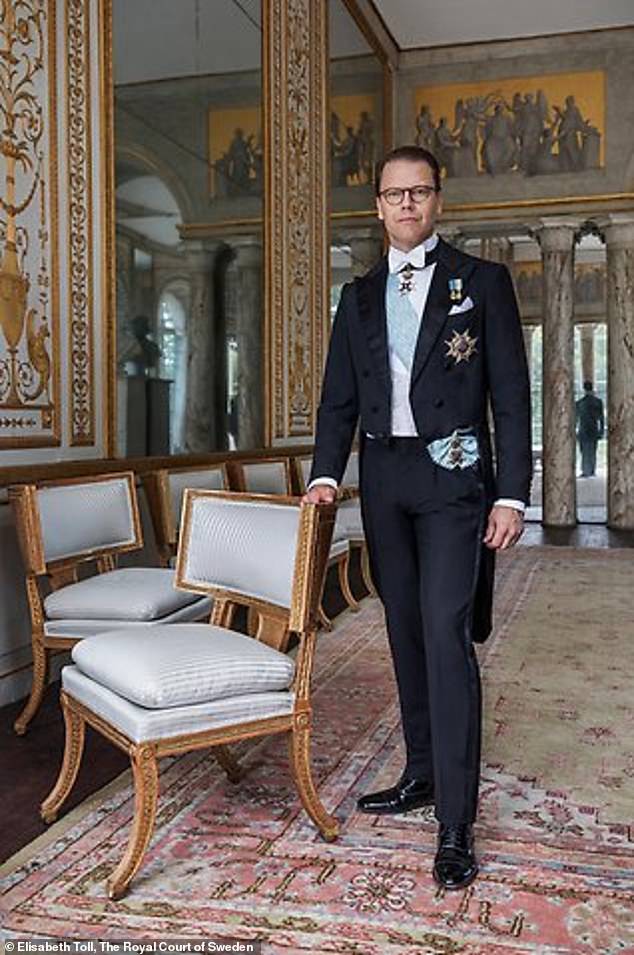 Prince Daniel (pictured) who is a former personal trainer, and Princess Victoria are parents to Princess Estelle, eight, and Prince Oscar, four 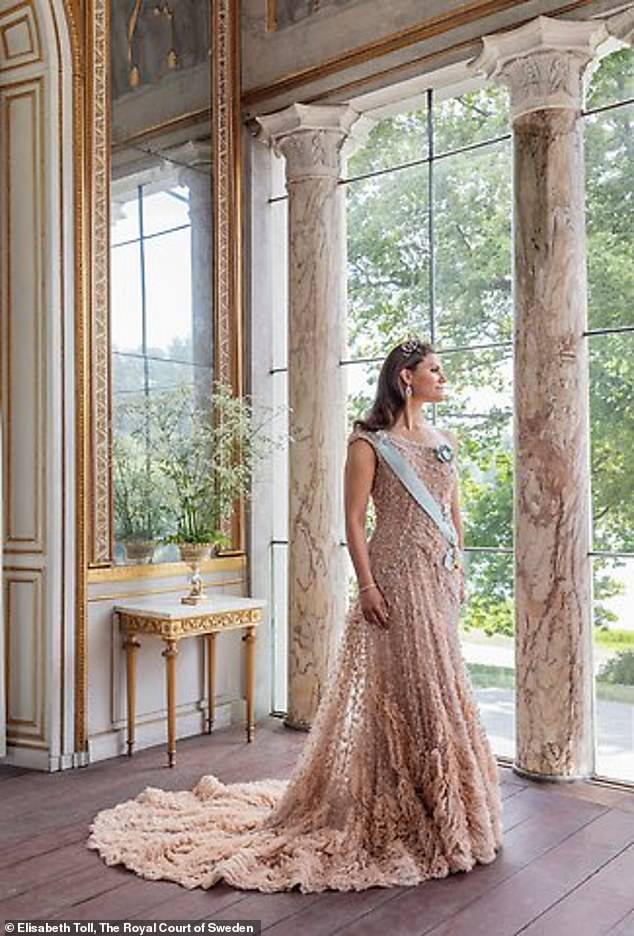