A royal surprise! Prince William video calls a mother shielding with her son, 5, who has cystic fibrosis – and says it’s important to keep the focus on people still forced to isolate during pandemic

The Duke of Cambridge surprised a mother and her son with a video call from his country home.

Prince William, 37, spoke to Leanne and five-year-old Kaydyn, who has cystic fibrosis, at their home in Northamptonshire, the footage from which will broadcast on BBC1’s The One Show tomorrow night.

It forms part of a film focusing on extremely vulnerable people being advised to remain at home as much as possible, and the challenges they are facing.

Due to Kaydyn’s condition, which can be life-threatening, the family has been shielding since lockdown measures were announced in March. 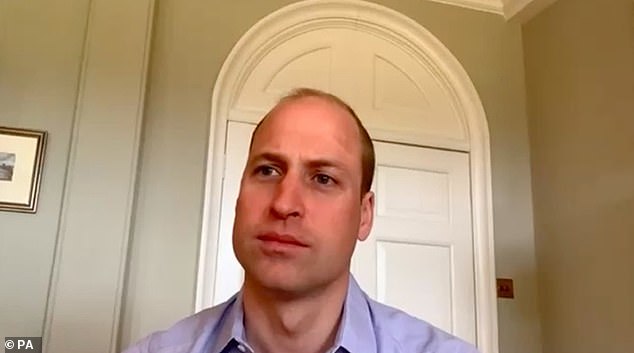 The Duke of Cambridge surprised a mother and son with a video call from his country home. The conversation will broadcast on BBC1’s The One Show tomorrow night (pictured)

During the conversation, Prince William praised Leanne and Kaydyn for keeping to the government guidelines despite the difficulties of remaining inside.

Leanne was shown covering her mouth with her hands in shock as the duke called from his home in Norfolk.

William discussed the difficulties the family experienced as the lockdown rules changed.

The duke asked: ‘Is it even more hard and frustrating for you guys bearing in mind the lockdown is starting to ease a little bit?’

Leanne replied: ‘Yeah, and of course Kaydyn heard that on the news and he was like “Oh can we go out now?” And I was like no we can’t so he’s now like, “Why can everyone else go out and I can’t?”‘

William added: ‘A lot of people will start to go back to work a lot more and we need to keep the focus on you guys who are going to be shielding and finding that very, very difficult.’ 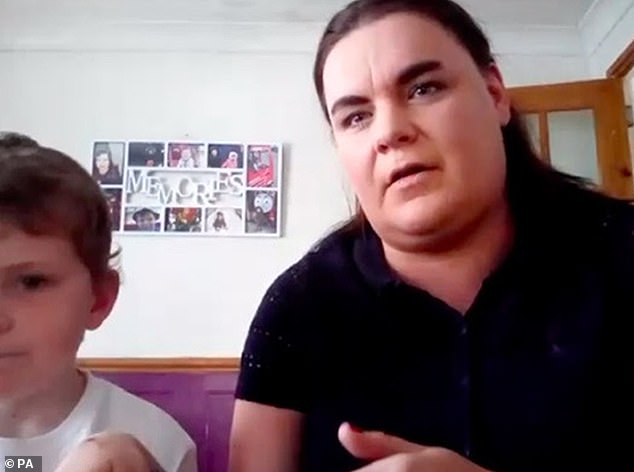 Prince William, 37, spoke to Leanne and Kaydyn, who has cystic fibrosis, at their home in Northamptonshire. Pictured, the mother and son

From the start of June, more than 2.2 million extremely vulnerable people shielding from coronavirus were allowed to leave their homes as part of Government measures to ease the lockdown.

Since the advice changed, Leanne and Kaydyn, from Corby, Northamptonshire, have been outside twice, both on country walks.

The BBC said: ‘Initially Kaydyn was frustrated about being forced to stay inside – now he is very nervous about leaving the house.’

The film will also look at Shelby Lynch, a 21-year-old from Leeds, who has spinal muscular atrophy type 2 and is on a ventilator 24 hours a day.

Her condition means she remains extremely vulnerable to Covid-19.

The film describes how Shelby has been finding it difficult at home with her father, sister and stepmother, and being apart from her boyfriend, and says she dreams of the day she can see someone without social distancing. 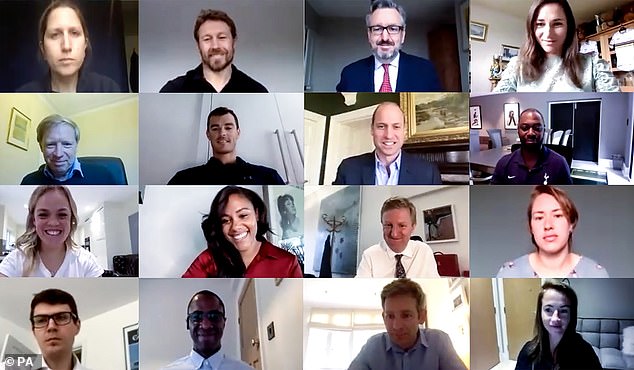 It follows the moment she finally leaves her home for a socially distanced meeting with her boyfriend for the first time in many weeks.

‘He had been feeling a little down so it was nice to see his face light up,’ she said.

The conversation aired after the Duke of Cambridge joined England rugby hero Jonny Wilkinson and other sporting greats to discuss the issue of mental health as sport returns to the UK.

Prince William said it is ‘vital’ the mental wellbeing of sportspeople and fans is talked about, with the Premier League starting again on Wednesday.

During the roundtable discussion, tennis player Jamie Murray and Paralympic swimmer Ellie Simmonds spoke about their own experiences with mental health.