Prince Harry, Duke of Sussex is back in the U.K. for the first time since he and Meghan, Duchess of Sussex’s bombshell Oprah interview. The 36-year-old’s preparing to attend the funeral of Prince Philip, Duke of Edinburgh. However, Harry won’t be there with Meghan by his side. He’ll show up alone at St. George’s Chapel on April 17, 2021. According to a royal expert, attending his grandfather’s funeral by himself could be beneficial to Harry. 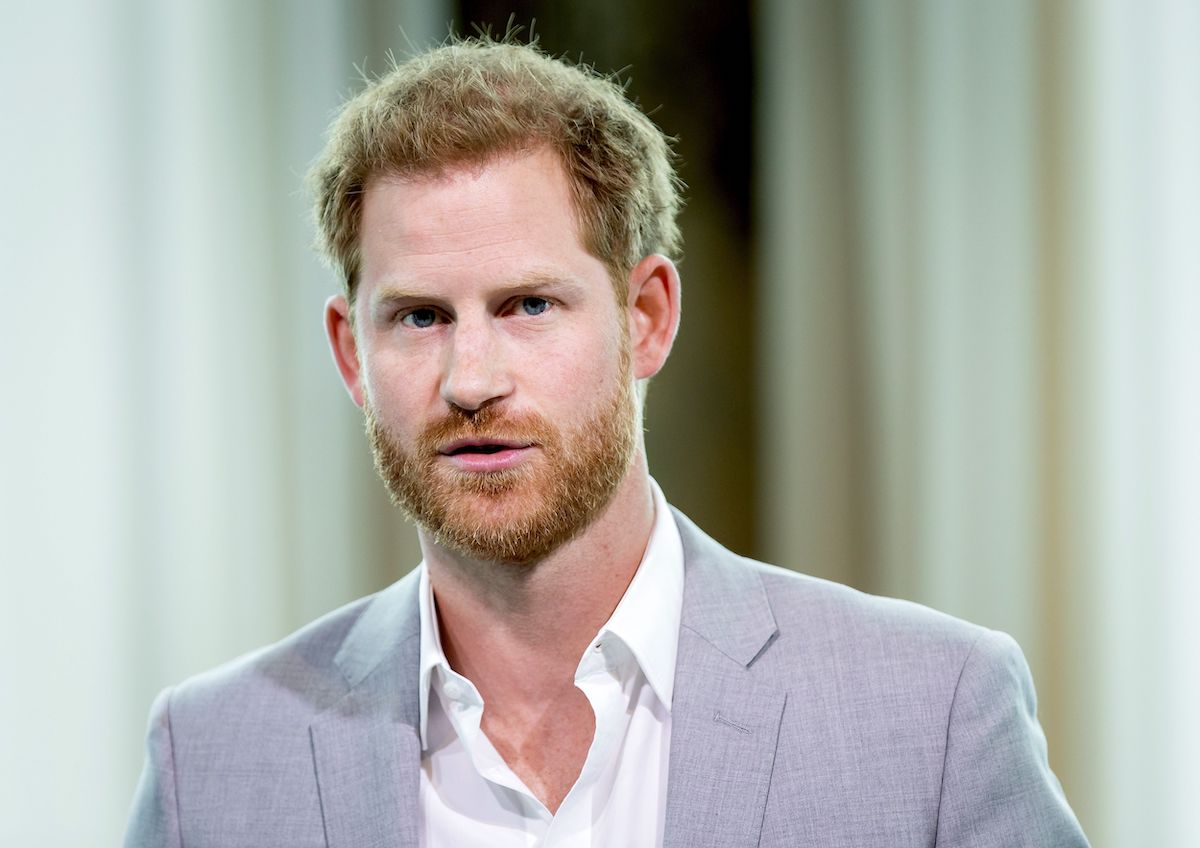 Harry left Montecito, California, to return to the U.K. just days after Philip died on April 9, 2021. He’s reportedly staying at Frogmore Cottage, his former home on the grounds of Windsor Castle. Living there now is his cousin, Princess Beatrice of York, her husband, Jack Brooksbank, and their young son, August.

The U.K. government’s coronavirus travel rules mean the Duke of Sussex has to quarantine for 10 days. If he tests negative after five days he’ll be permitted to leave isolation under limited circumstances such as a funeral.

Meghan Markle didn’t get clearance from her doctors to travel to the U.K.

The Duchess of Sussex is currently pregnant with her and Harry’s second child. The couple revealed during their Oprah interview they’re having a girl due in the summer of 2021.

Considering Meghan’s so far along in her pregnancy, plus the additional concerns of the COVID-19 pandemic, and the long flight from California to the U.K., Meghan didn’t get approval from her doctors to fly.

So she’ll remain at home with her and Harry’s 1-year-old son, Archie Harrison Mountbatten-Windsor, while the Duke of Sussex goes to Philip’s funeral.

Meghan staying in California wasn’t an easy decision for the Duchess of Sussex or Harry, according to royal expert Katie Nicholl.

“[Meghan] doesn’t want to take any risks and on the advice of her physician, she was told to stay behind, so I think that it’s a difficult journey for Prince Harry to take on his own,” Nicholl told ET in April 2021.

“[Meghan] would have loved to be there to support him but they are putting her health, the health of their unborn baby, first and Prince Harry has come over to the U.K. alone,” she added.

Even though reports say Harry’s already missing Meghan, Nicholl feels it might be better for the Duke of Sussex.

“Well, of course leaving behind his heavily pregnant wife isn’t what he wanted to do,” she said. “It actually may not be such a bad thing that he is here on his own and, you know, he won’t have anyone else to worry about.”

“This is just him with family and hopefully there will be an opportunity in what is going to be a very busy and emotional and intense weekend, hopefully, there will be a time for some much-needed one-on-one time with his father, with Prince William, and with the queen,” she added.

Things between Harry and his family have been strained since he and Meghan stepped down as senior royals in 2020. Even before that the Duke of Sussex hadn’t been on the best terms with his older brother, Prince William, Duke of Cambridge. Following comments made to Oprah — Harry said he and William’s “relationship is space” — things between them are likely to still be tense.

While Harry would’ve liked to have had Meghan by his for Philip’s funeral, as Nicholl said, it might be a good opportunity for him to work through things with his family.  Philip’s funeral will be televised. It’s airing at 3 p.m. BST on April 17, 2021.