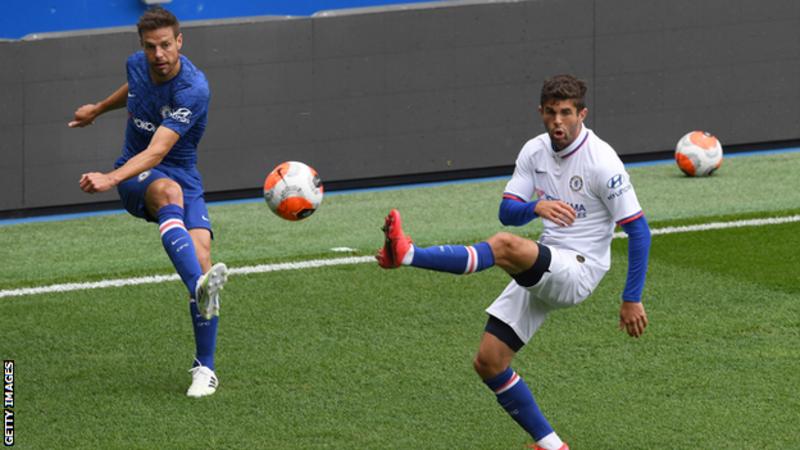 Playing in empty stadiums is going to become the new norm for footballers, so it’s probably best they start to get used to it.

That may have been the reasoning behind several Premier League teams holding training sessions at their grounds this week, with some even playing full friendlies to give their players a taste of what is to come.

The Premier League is set to resume behind closed doors from 17 June after being suspended since 13 March because of the coronavirus pandemic.

At Old Trafford, Harry Maguire captained a ‘home’ Manchester United team against an ‘away’ side led by Bruno Fernandes.

It marked the first time Ole Gunnar Solskjaer’s men had played on home soil since their 2-0 win over derby rivals Manchester City on 8 March – their final match before lockdown.

It had been even longer since Marcus Rashford and Paul Pogba had done so, last featuring for United on 26 December and 15 January respectively before long injury lay-offs.

They both donned the red home kit as Juan Mata, Anthony Martial and Aaron Wan-Bissaka joined Fernandes in the away team for the match refereed by fitness coach Charlie Owen.

United – currently fifth in the Premier League – will restart their season away at Tottenham on 19 June before welcoming Sheffield United to Old Trafford on 24 June.

Rather than an inter-squad match, Arsenal went one step further and welcomed Championship strugglers Charlton to Emirates Stadium.

Mikel Arteta’s Gunners ran out 6-0 winners over the Addicks, with Eddie Nketiah scoring a second-half hat-trick in addition to strikes from Alexandre Lacazette, Pierre-Emerick Aubameyang and Joe Willock.

Ninth-place Arsenal travel to Manchester City on 17 June to kick off their return to action.

Frank Lampard took his players to Stamford Bridge for a change from their Cobham training base, holding an in-house game on Saturday.

Lampard and his coaching staff officiated the match, with Ruben Loftus-Cheek scoring for the Blues in blue.

Chelsea are one point above United in fourth and resume their campaign at Aston Villa.

Talking of Villa, they reportedly held a behind-closed-doors friendly against West Brom, who are second in the Championship, at Villa Park.

Jack Grealish and Keinan Davis scored for the hosts as they twice came from behind to draw 2-2 with the Baggies, for whom Kamil Grosicki and Filip Krovinovic found the back of the net.

Newcastle also took a trip home to St James’ Park for an inter-squad friendly which finished in a 1-1 draw.

Joelinton gave his side – wearing the Magpies’ orange strip – the lead before Nabil Bentaleb equalised for those wearing the black and white kit with a stunning strike from outside the box. 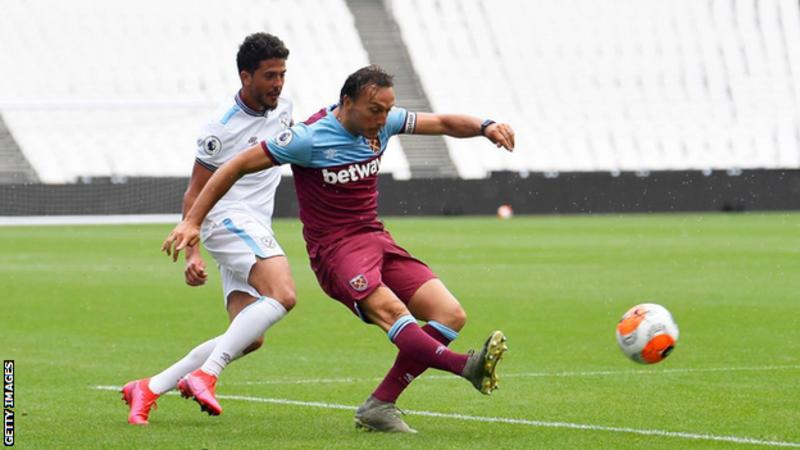