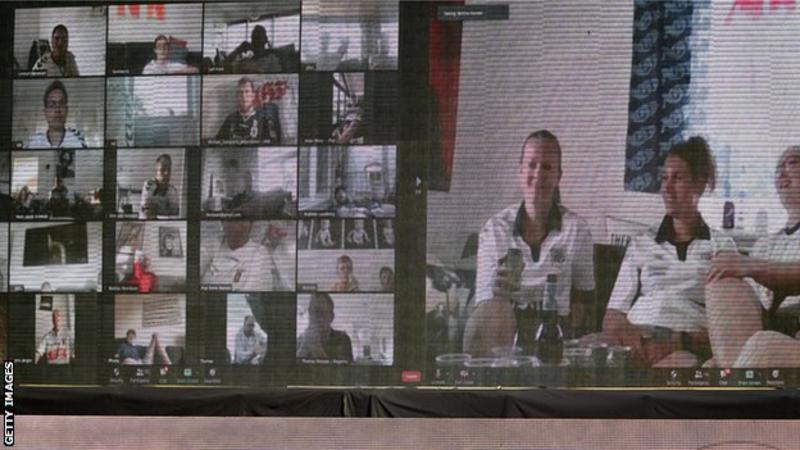 Fans on big screens and specific cameras to celebrate towards are some of the “broadcast enhancements” that will be used when the Premier League season restarts this week.

A number of innovations, including tunnel cameras and audio from the coin toss, have been developed.

Some viewers will also be given the option of listening to games with or without artificial crowd noise.

Players will not hear the audio effects in the behind-closed-doors games.

The seats nearest the pitch will also have covers designed by each club “to improve the environment both visually and acoustically”.

As part of the plans, the Premier League has said live video feeds featuring 16 supporters from each club will be made available to broadcasters and to clubs for use on big screens during matches.

Some grounds, including Anfield, do not have giant screens and it is understood there are no plans to install a temporary one at the home of the Premier League leaders.

For goal celebrations, players should maintain distance from one another and “where feasible, broadcasters will identify a celebration camera which players can head to after scoring”.

Players have also been told that they must not surround match officials and there must be “no spitting or nose clearing”, while opposition managers will not shake hands.

With only about 300 people present at each match, there will be no ball boys and girls, with spare balls positioned around the pitch.

VAR will also resume, with extra rooms used in the VAR Hub for social distancing.