THE police horse who was infamously punched by a Newcastle fan has sadly died less than a year after retiring from duty.

Bud, who served for the West Yorkshire police before later moving to the Metropolitan Police during a 14-year career, passed away aged 21. 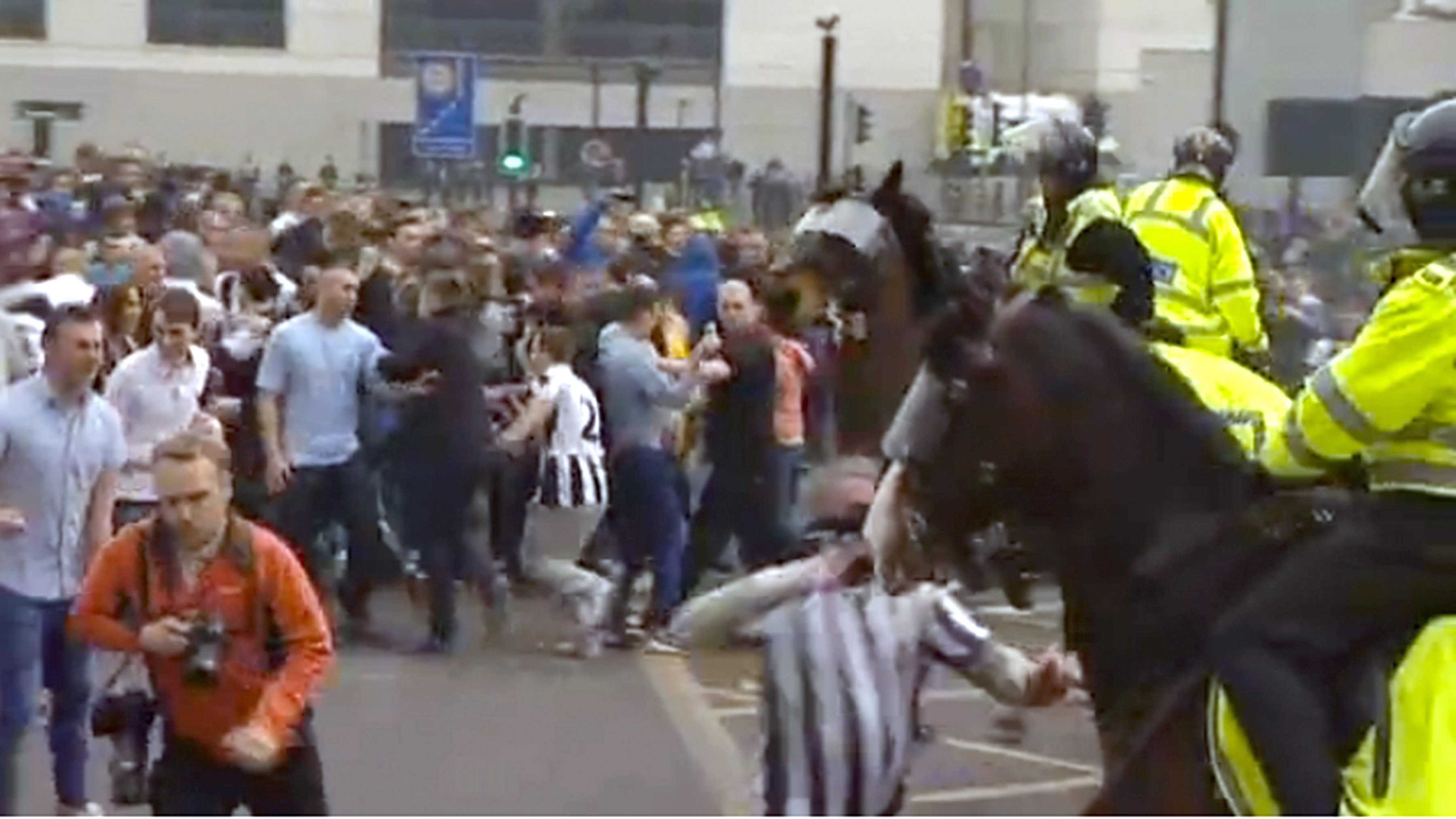 He rose to national fame after he was struck on the nose by a Newcastle fan following the Magpies' 3-0 defeat to rivals Sunderland in April 2013.

Barry Rogerson, from Bedlington, Northumberland, was jailed for a year after pleading guilty to violent disorder.

He was also banned from attending all football matches in the UK until 2019.

The notorious image of football thuggery was put up for sale at £1,100 back in 2018 – after an artist painted it.

Bud meanwhile, who joined the West Yorkshire police back in 2005, thankfully emerged unscathed from the sickening incident.

He later transferred to the Met to serve until his retirement in October due to ongoing lameness.

While in service his duties included helping teach police officers to ride.

Bud was placed in care at The Horse Trust's Home of Rest for Horses in the Chilterns but passed away last week following a battle with colic.

The Horse Trust's CEO, Jeanette Allen, wrote: "Bud had a wonderful retirement, albeit a sadly short one after being taken from us by a fatal colic.

"It is our privilege to care for these incredible animals later in life that along with their officers give so much to our communities and I personally made sure that Bud never saw another football scarf while he is with us!

"We just so wish we could have had him longer, such a brave but gentle boy who remarkably still loved people."