THERE has been plenty of talk this week about diving.

Cheating. Simulation. Going down too easily. 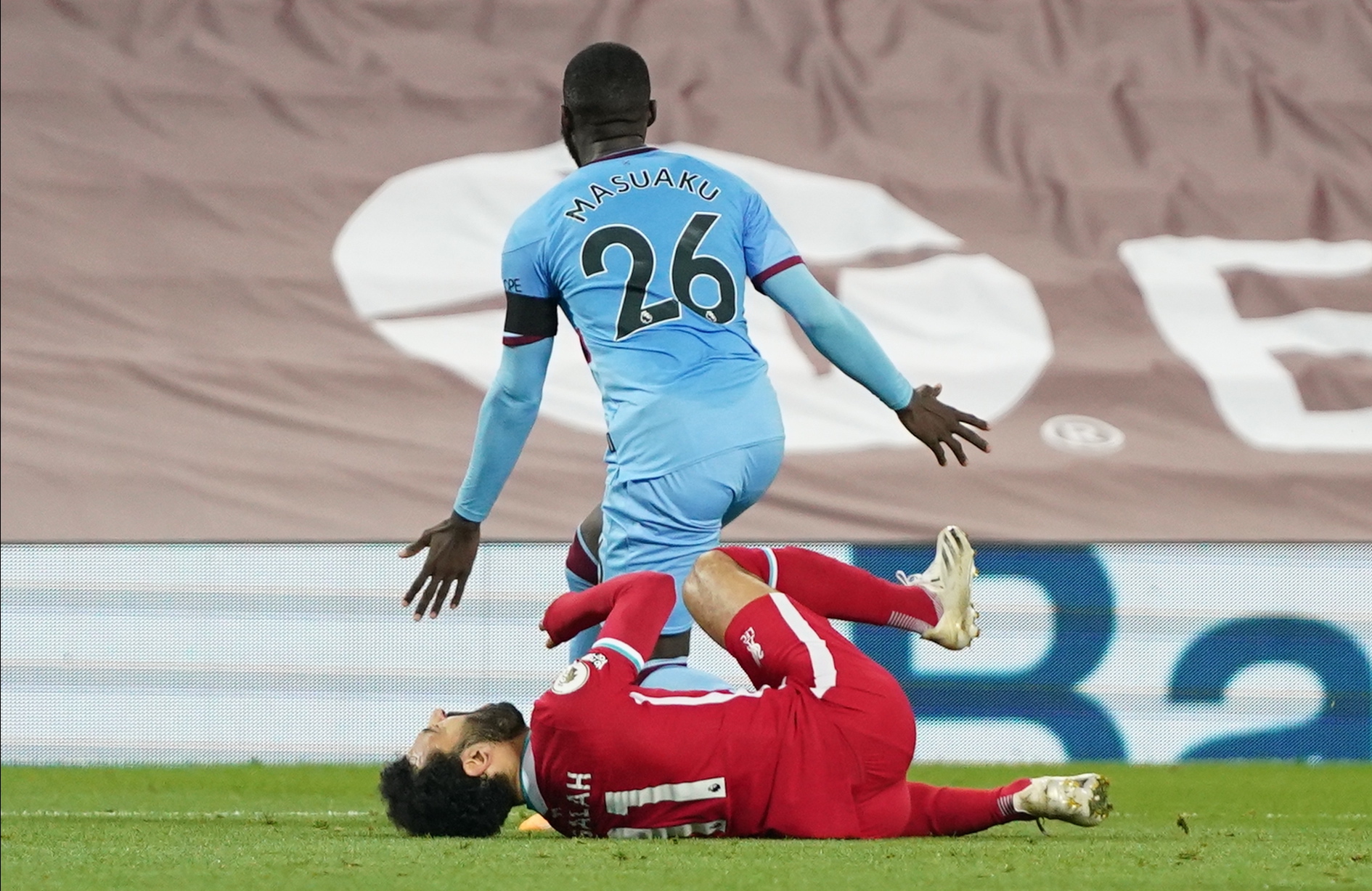 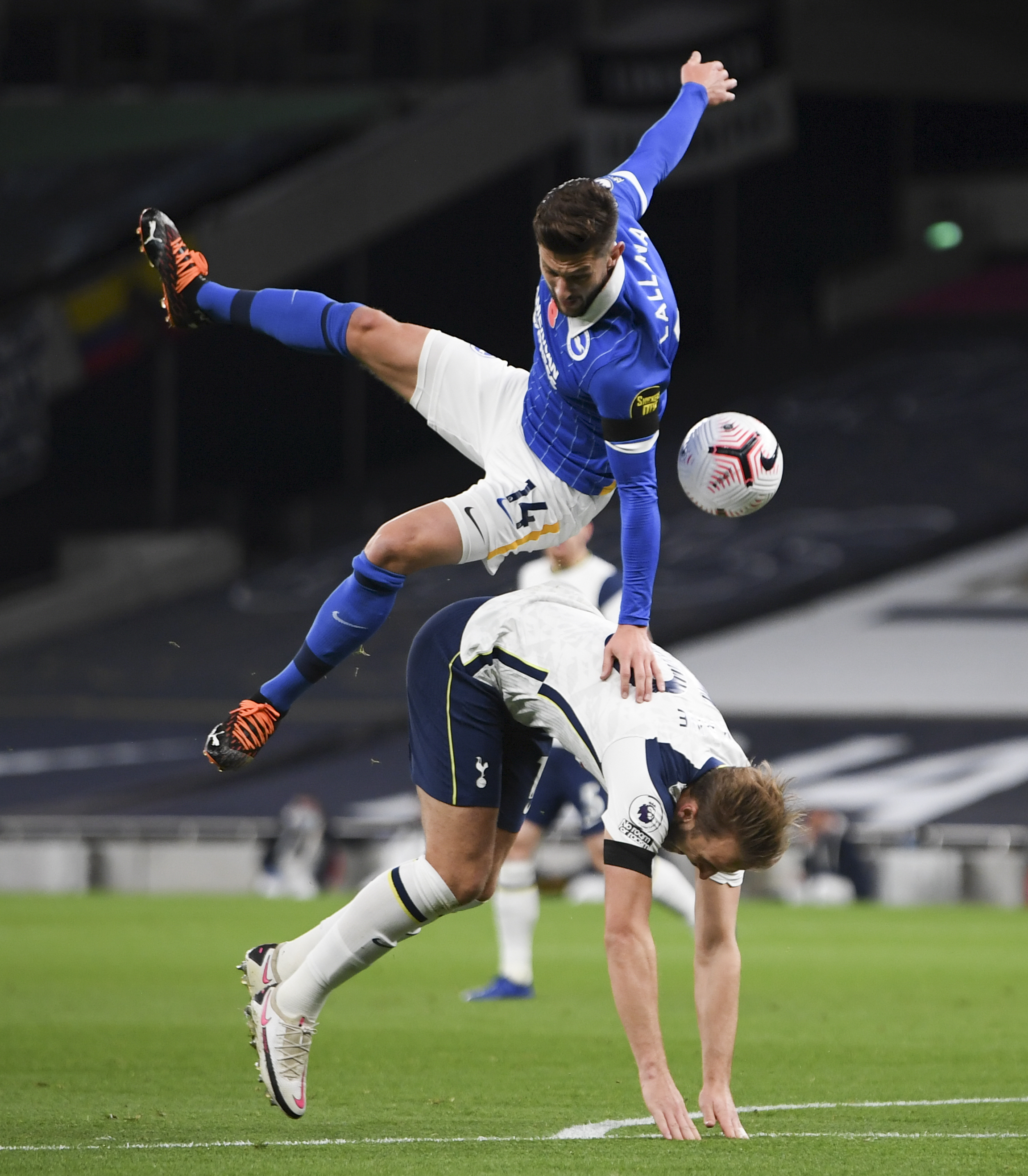 Two of the Premier League’s finest players — Mo Salah and Harry Kane — were accused of winning penalties with a lack of total honesty last weekend.

But if you really think that professional footballers were looking at those incidents and saying, ‘It’s embarrassing, it’s got to stop’ then you’re sadly mistaken.

No one in the game is outraged. No one thinks it’s anything like an athlete doping in the 100 metres.

It’s our job to win games of football. To do whatever it takes, to gain any advantage.

If there is any sort of contact from a defender in the penalty box, then it is perfectly acceptable to go down.

Even the opposition will not seriously complain.

You see someone go down, and a penalty awarded, and there will be a shrug of the shoulder from the attacking player and a knowing look from the defender as if to say ‘yeah, it’s part and parcel of the game’.

Booking players for diving has had little effect because there is no real embarrassment factor.

That sort of thing might wind people up but if Salah was on my team, I’d be applauding him.

And VAR only makes it more likely for players to go down easily after minimal contact — watch those incidents back in slo-mo and they only look more incriminating for the defender.

Salah was touched by West Ham defender Arthur Masuaku and he fell, arching his back, Tom Daley-style.

That sort of thing might wind people up but if Salah was on my team, I’d be applauding him.

As for Kane winning a penalty against Brighton, well that was just clever centre-forward’s play. There wasn’t a hint of any ‘cheating’.

Kane sees Adam Lallana coming from behind him and gets his body into a position where he invites a foul.

That was a strange one because referee Graham Scott gives a free-kick thinking the collision happens just outside the area — only for VAR to judge it just inside and award a spot-kick.

Scott might not have given it if he’d thought it was in the box — that shouldn’t make any difference but we all know it does.

For me, the only shocking incident in that game was when Scott failed to rule out Brighton’s equaliser for a foul by Lallana on Pierre-Emile Hojbjerg in the build-up.

The ref is sent to his pitchside monitor by the VAR, looks at the incident several times and still can’t see a clear foul. Scott has been taken off the match list this weekend and rightly so.

Often players think there are no consequences for refs getting things badly wrong, so it is positive that he has been ‘dropped’.

Back to last weekend’s Kane incident and I heard Martin Keown saying it was dangerous play by the England captain — but that’s nonsense.

You’ll see five similar incidents every weekend in the Premier League. Just because I’m being slightly harsher on Salah than Kane, I certainly don’t believe foreign players are more likely to go down easily than British lads.

That’s never been the case.

Sure, they might still referee games more strictly in Spain or Italy than they do here — and the game is also refereed much less strictly in the Football League than in the Premier League — but British players are no different from foreigners. 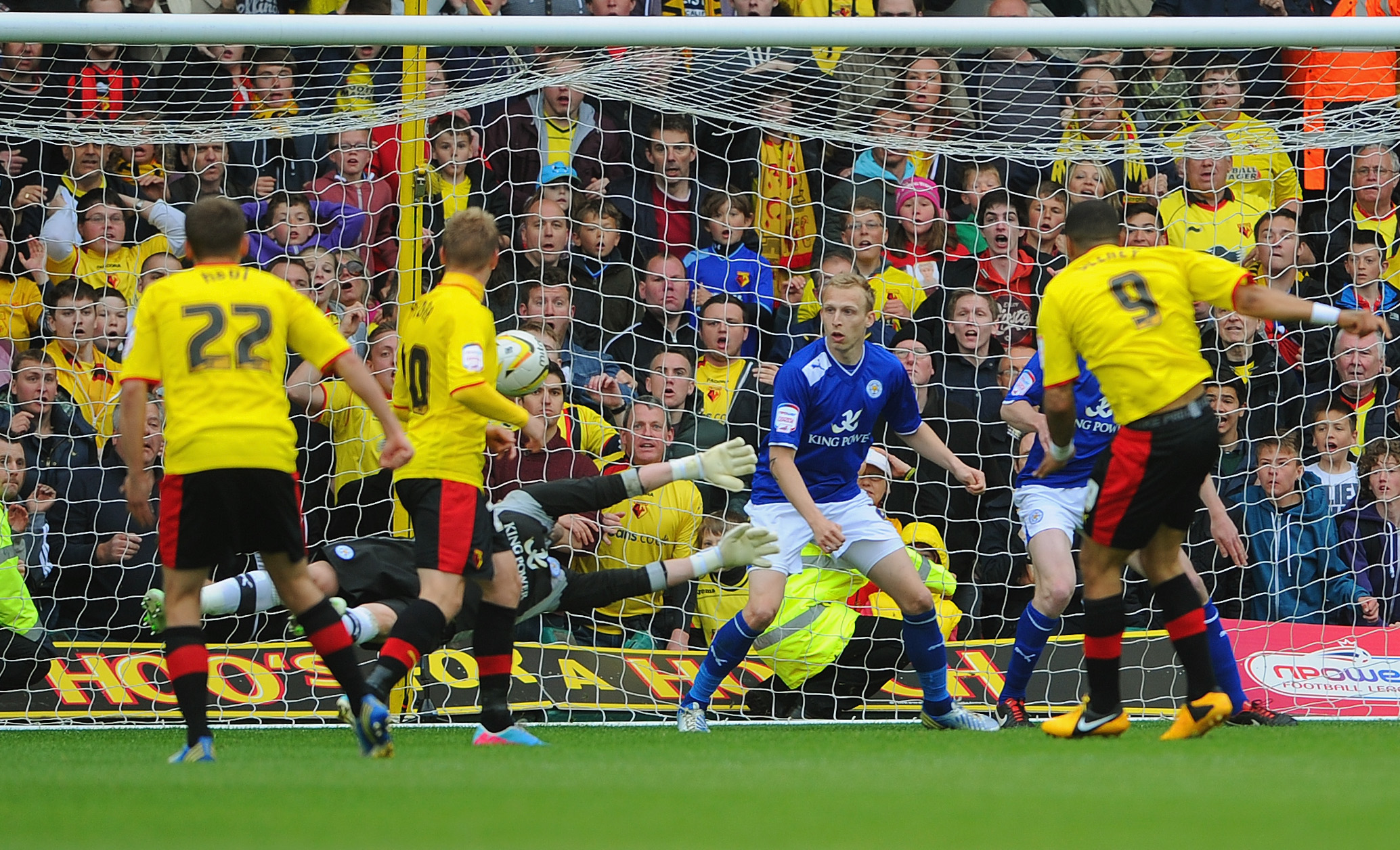 And if you watch games without the fake crowd noise, you will hear managers maybe telling a wide player to ‘go at him’. They mean go past the defender, initiate contact and win a free-kick or penalty.

Or you might see a defender making a clearance under pressure, just dangling his leg a bit, hoping for contact from a striker, so he might be booked and can’t pressurise him like that again. Again, that’s just smart play.

You won’t see players raging at each other about it.

I can only remember one incident when there was genuine hatred and anger on the pitch when a player went down too easily and that was in the famous play-off semi-final between Watford and Leicester in 2013.

With the tie level in injury-time, Anthony Knockaert — who is now a good friend of mine — went down after a nudge from our Italian defender Marco Cassetti and the referee, Phil Dowd, awarded a penalty.

We were livid and if Manuel Almunia hadn’t made a double save from Knockaert’s penalty — and we hadn’t gone straight up the other end for me to score the winner — then there would probably have been a full-on pitched battle between the two sets of players.

But that sort of anger is rare — and increasingly rare as the years go by. Nothing is going to change. You’ll need to accept all this as part of the game.

The players certainly do.

THERE WILL NEVER BE FERGIE II

Manchester United seem to be suffering from an identity crisis.

They are living in the past and seem obsessed by trying to re-enact the Sir Alex Ferguson era — but there’s only one Fergie, the greatest manager of all time.

Ole Gunnar Solskjaer is not Ferguson and if United’s owners genuinely believe he is the best man for the job, then they are going to have to wait three or four years for him to put his own stamp on the place.

There is a lot of speculation about Solskjaer’s future — for the umpteenth time — as they head to Everton on Saturday.

They’ve frequently bounced back from bad results, like the ones against Arsenal and Istanbul Basaksehir, to save Solskjaer’s skin and they might well do so — especially with Richarlison suspended and James Rodriguez fighting for fitness.

But I’m still not convinced Solskjaer has improved United at all. He simply cannot remain in the bottom six of the Premier League for much longer and stay in his job.