Former Bachelor Peter Weber has been supplying tons of quarantine content lately. After keeping his fans amused with singalongs on his Instagram stories, he started sharing a few videos that offer a glimpse into his lockdown situation with Kelley Flanagan—who he's been quarantining with in Chicago.

On April 18, Weber shared a new TikTok video where he climbs onto Flanagan's shoulders (it's actually pretty impressive), but some people who are hyper-aware of Weber and Flanagan's past had thoughts. Basically, they started trolling the pilot in the comments, reminding him that he'd kicked Kelley off of his season and chose Hannah Ann (and eventually Madison Prewett, who he only dated for approximately two days.

However, Weber was not about to let the critics get to him. He went through the comments and responded cheekily to a lot of them and tried to make light of the whole situation, according to Cosmopolitan. For example (because there were a bunch), when a social media user teased, "Kelley sweetie blink twice if ur ok," Weber hit back with the wide-eyed emoji. "Kelly = CEO of being the last possible option," another user wrote.

To that, Weber responded, "Ok, it's not like I sent her home the night one…" 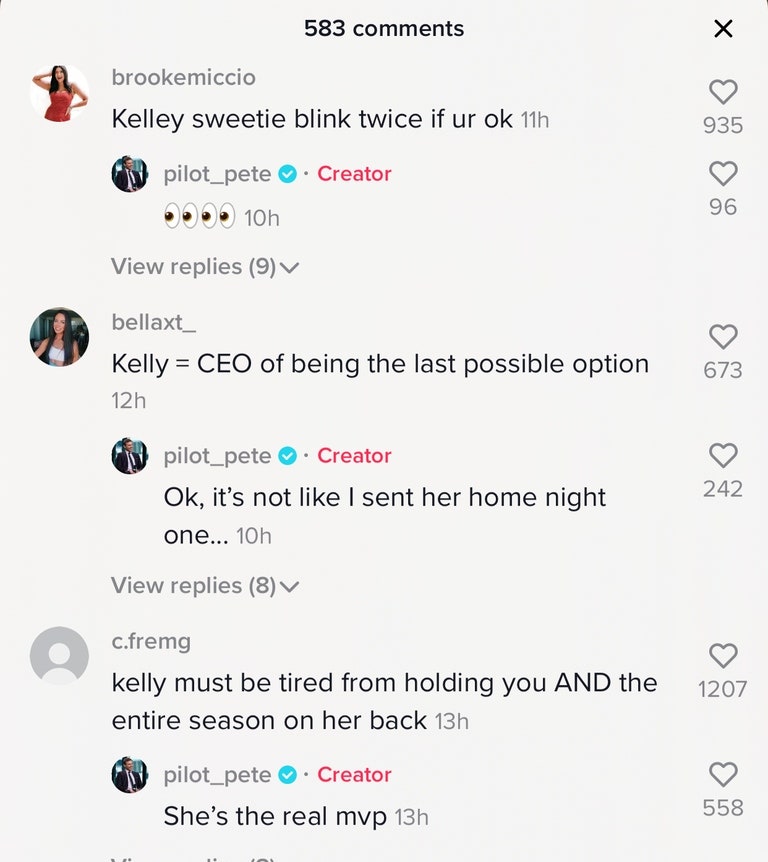 One screengrab of his comments section from April 18.

However, it seems he changed his mind about feeding the trolls and decided to delete his comments. He didn't reveal why, but this is what the same TikTok comments section looked like just a day later: 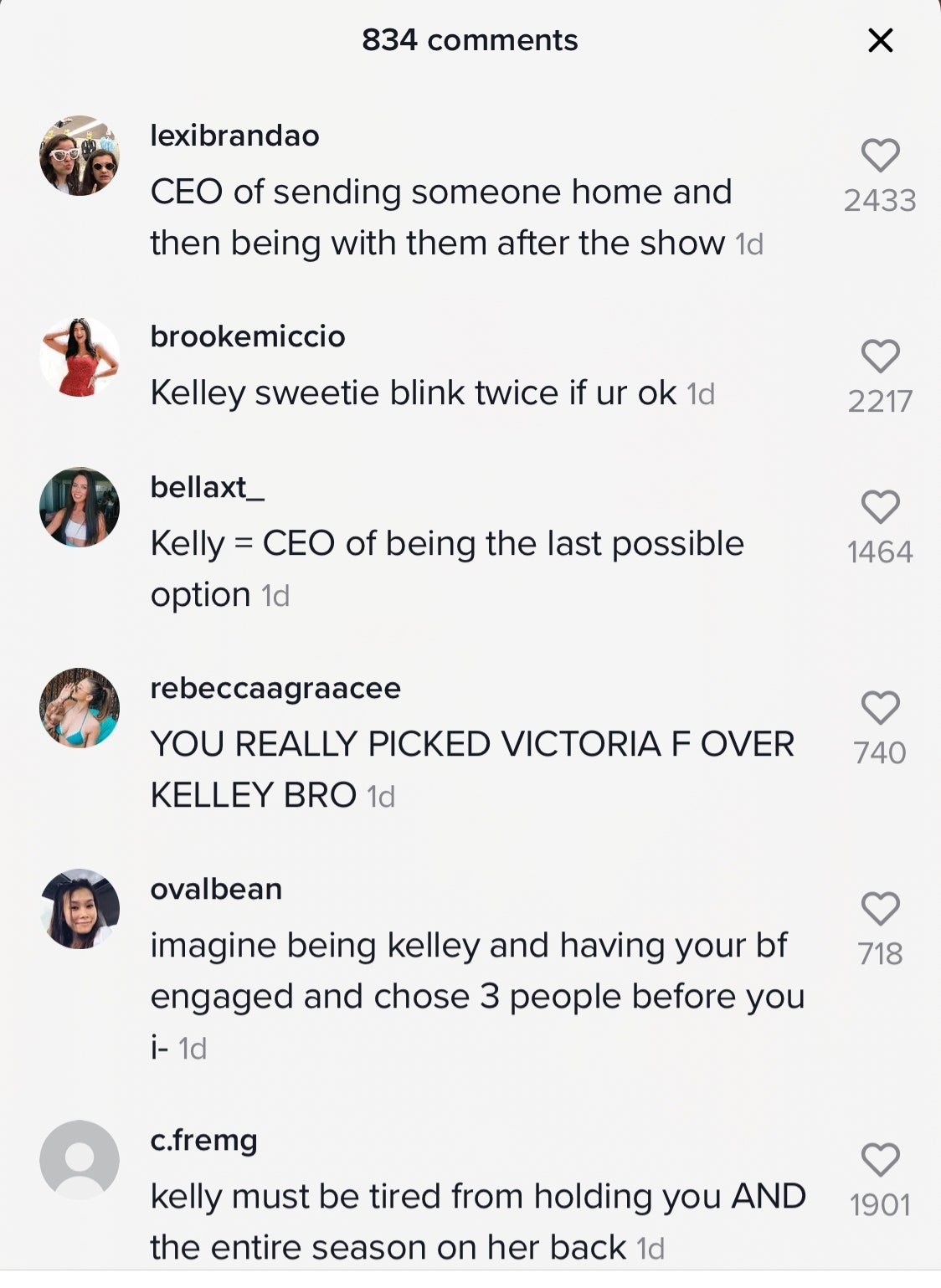 A screengrab of the same comments section from April 19.

His initial responses might be a hint that Weber and Flanagan are getting serious, but speaking to Nick Viall on the podcast The Viall Files, he insisted they're still not putting a label on things.

"Are we dating? No. Do I love spending time with her? Absolutely,” he said. “We're not dating. Could I see that in the future? Yeah, of course. I'd be extremely lucky and very happy if that happened. I'm the last person that needs to rush into any kind of relationship. I just had an engagement that didn't work out. I just was trying to pursue things with another woman that didn't work out. That's why right now. I'm just taking it really, really slow."

Keep an eye on his TikTok account for updates…and magic tricks.