That’s right, the two have clearly been spending some time together. Coronavirus outbreak and social distancing orders, be damned!

In a recent video, which has been re-shared on Bachelor Nation fan sites, the 28-year-old pilot joined in on the TikTok trend of dancing to “Baby Come Give Me Something” by Wiz Khalifa and Ty Dolla $ign.

While it seemed like business as usual the more the video played on, at the end, Kelley made a major surprise appearance.

If anything, this marks the first time the two have publicly put their hangouts on display.

However, they have yet to address any rumors that they’re dating each other. But as some Bachelor fans know, the dynamic duo has been fueling romance rumors for a hot minute.

Just last week, Peter and the 27-year-old attorney were spotted on an afternoon outing in Chicago.

“They were right across from Marina Towers. They seemed to just be hanging out on the walk,” an eagle-eyed observer told E! News at the time. “Peter was vibing and it seemed like, at one point, Kelley had his leg in her lap.”

Of course, due to the ongoing COVID-19 outbreak, it’s unclear how long Peter and Kelley have been spending time with each other. If they are still in Chicago, the city is still enforcing a “stay at home” order. 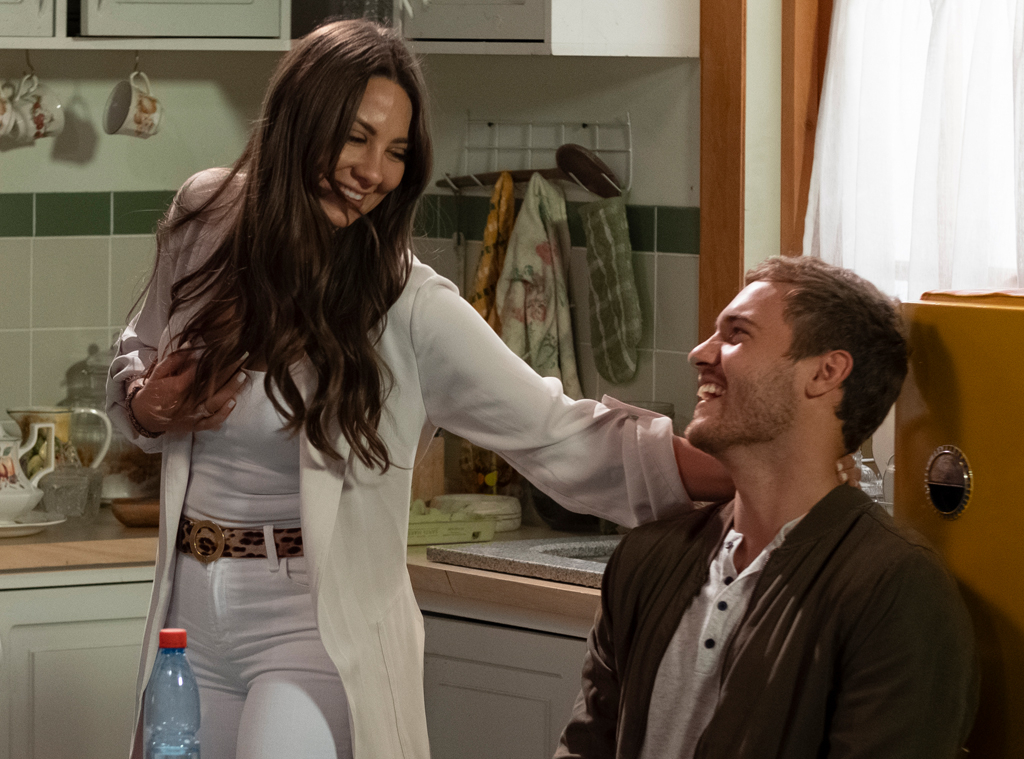 In March, Peter and Kelley sparked romance rumors shortly after The Bachelor finale. Especially after the pilot’s mom left an extra sweet message on the lawyer’s Instagram post.

Around that same time, Kelley did address the rumors about her and Peter.

“I have heard that… I heard that I’m with Peter right now,” Kelley told E! News. “I’m not with Peter.”

Until they comment on the rumors, we’ll just have to keep watching TikTok.