Are the stars out? ‘SNL’ cast’s emotional moments during show spark departure buzz

Who will Bill and Melinda Gates date post-divorce?

In a roundtable with The Hollywood Reporter published on Thursday, the “King of Staten Island” star, 27, hinted that his tenure on the NBC sketch comedy series could be coming to an end.

“Yeah, I’m good. I’m surprised I made it to seven [seasons],” Davidson said while discussing castmate Kenan Thompson’s 18-year run. “I’m ready to hang up the jersey. Kenan’s, like, f–kin’ Karl Malone out there.”

Davidson and several other key cast members, including Kate McKinnon and Cecily Strong, sparked exit rumors during the Season 46 finale last week. While closing out “Weekend Update,” the “Big Time Adolescence” star delivered an emotional message that made fans question whether he was throwing in the towel.

“I’m very grateful to be here, and it’s been an honor to grow up in front of you guys,” he told the audience.

During Thursday’s interview, the “Suicide Squad” star also addressed his 2020 comments blasting “SNL” as a place where he’s “painted out to be this big dumb idiot.”

“I was in a really different place a year or two ago, and I’m not exactly proud of how I handled or was handling things a few years ago,” Davidson shared during the roundtable, which also included Ben Platt, Ed Helms and more. “Looking back on it, you’re like, ‘Oh, come on, dude,’ but luckily a pandemic happened, and I got kicked in the balls and had to sit with all of my immature, irrational decisions.’” 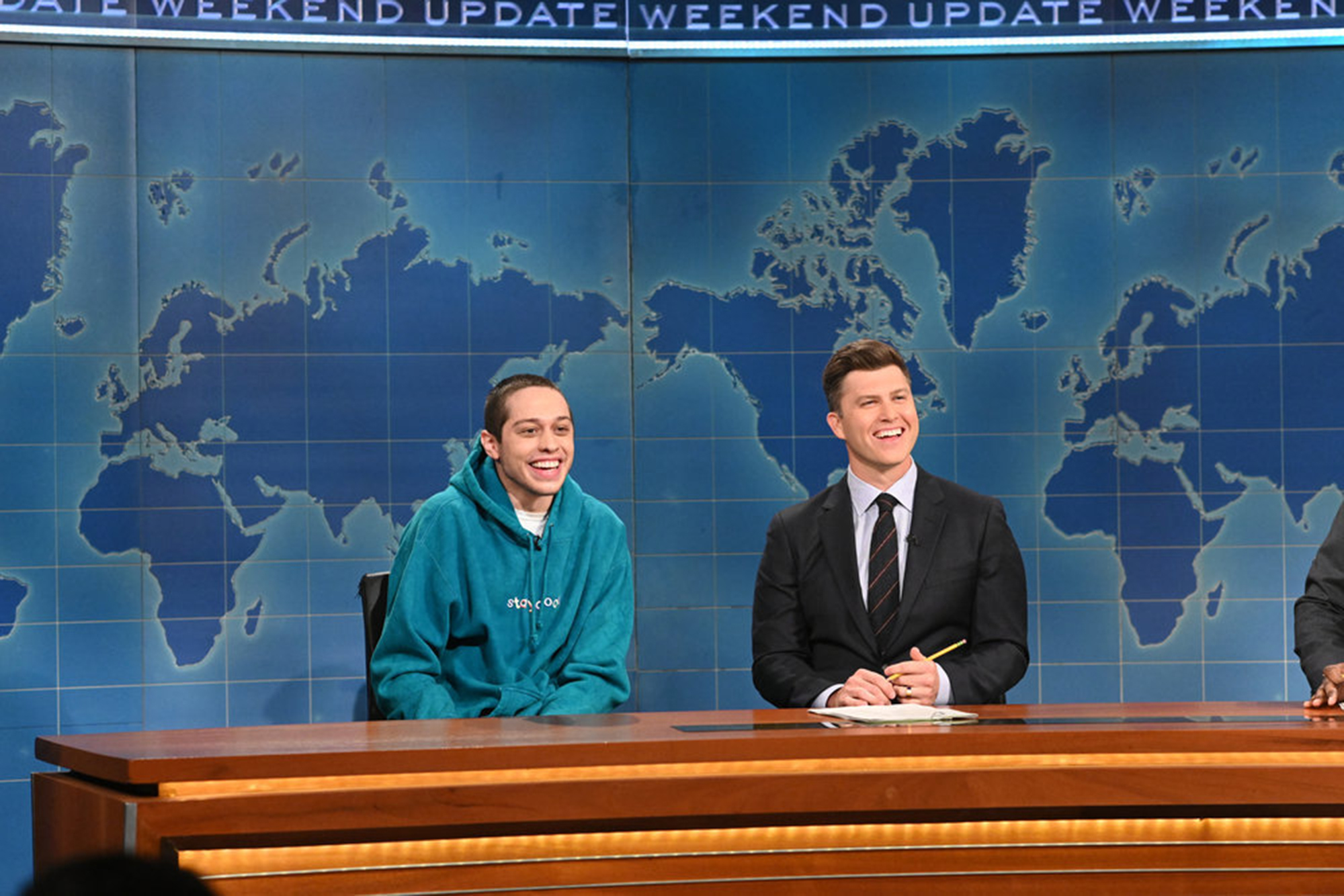 Davidson said he was “so happy” when he found out “SNL” would resume filming because his mental health was taking a nosedive.

“I was literally sitting in a room with my own thoughts, and I was feeling really bad,” he said. “I felt really lucky, and I was really excited just to, like, work and see people, and I kind of had a different outlook for this season and kind of moving forward.”

The pandemic forced Davidson to reflect and made him “really appreciative” to be working again.

“Not working at all really sucked,” he admitted.

An NBC source previously told Page Six that the cast’s contracts for Season 47 will not be finalized until later this summer.