The Perseid meteor shower is often considered the best shower of the year, due to its bountiful peak and frequent fireballs. Under perfect conditions, the shower’s peak has been known to produce upwards of 100 shooting stars an hour. And the good news is the meteor shower is going to peak next week.

The Perseids are active each year from about mid-July until the last week of August.

This year, astronomers expect the shower to remain active between July 17 and August 24.

Emily Clay of NASA’s Marshall Space Flight Center said: “With Comet NEOWISE making its way out of the solar system, it is time for a celestial show caused by a different comet.

“Perseid meteors, caused by debris left behind by the Comet Swift-Tuttle, began streaking across the skies in late July and will peak in the pre-dawn hours of August 12.” 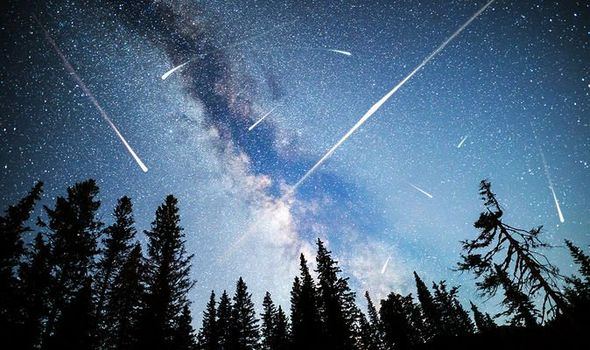 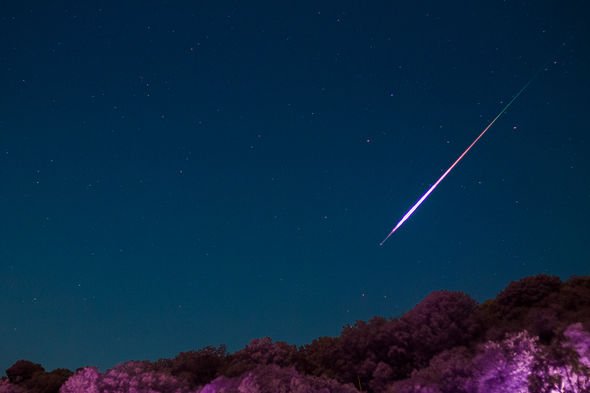 When is the Perseid meteor shower’s peak?

Meteor showers are best seen after midnight and before dawn when the skies are darkest.

When viewed from the UK, individual meteors might even be seen after sunset.

From the Northern Hemisphere, the shower’s radiant point in the constellation Perseus is always above the horizon in August.

Ms Clay said: “Make plans to stay up late the night of August 11 or wake up early the morning of August 12.

“The Perseids are best seen between about 2am your local time and dawn.

“The Moon rises at around midnight, so its brightness will affect the peak viewing window.

“However, even though the Moon’s phase and presence will keep the frequency of visible meteors lower, there is still nearly one meteor every two minutes during the peak.”

If you would rather stay in bed and go out to see the meteors right after sunset, you might not see as many.

Where does the Perseid meteor shower come from?

Like most meteor shower, the Perseids are associated with the debris of a comet.

In this case, Earth crosses the dusty trail of Comet Swift-Tuttle.

When this happens, tiny bits and pieces of the icy space rock slam into our atmosphere at great speeds and disintegrate.

Larger chunks of ice and dust might even erupt into spectacular fireballs.

The shower is also named after its radiant point – where it appears to come from – in the constellation Perseus.

Ms Clay said: “Similarly, the Geminid meteor shower, observed each December, is named for a radiant in the constellation Gemini.” 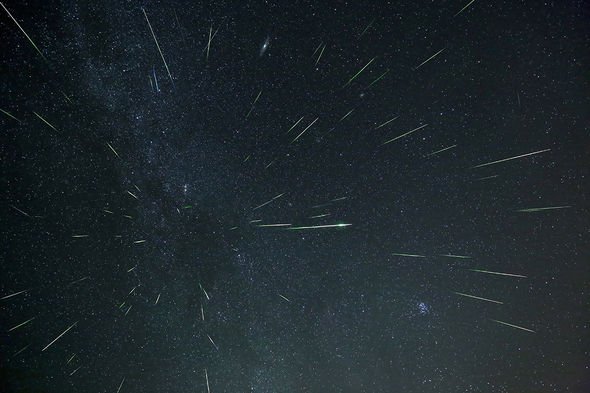 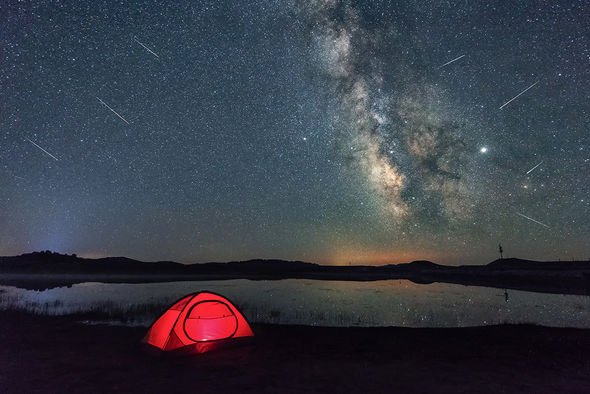 What to expect from the Perseid meteor shower?

Even under perfect weather conditions, a bright Last Quarter Moon might hinder your viewing experience.

NASA predicts the shower’s peak of 60 meteors an hour might, as a result, drop as low as 15 to 20 meteors and hours.

Ms Clay said: “But the Perseids are rich in bright meteors and fireballs, so it will still be worth going our in the early morning to catch some of nature’s fireworks.”

If you go outside, try to find a quiet and dark spot with an unobstructed view of the horizons.

Meteor showers are best seen when you have a clear view of the entire sky at once.

And you will not have to take binoculars or a telescope with you.

Instead, give your eyes up to 30 minutes to adjust to the dark.

That means you should keep your phone in your pocket at all times.

Ms Clay said: “Meteors can generally be seen all over the sky so don’t worry about looking in any particular direction.”