After gigging at “Wheel of Fortune” for 37 years, Pat Sajak is allowed one or two slip-ups.

The 74-year-old host pulled one on a recent episode of the game show when he accidentally gave away the answer to the puzzle… unbeknownst to the contestant. 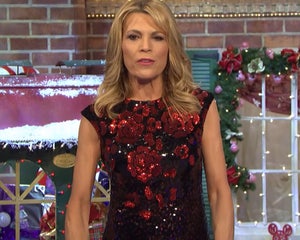 The phrase turned out to be “quite frankly,” but the contestant never caught the gaffe and didn’t correctly answer in time.

Sajak’s longtime co-host, Vanna White, called him out in a video after the show, asking with a laugh, “Did you hear what you said?”

“I did, right after I said it,” Sajak replied. “I wonder how many people at home caught it. There weren’t many letters up there and I said, ‘I’d rather be here than up there, quite frankly’ — which was the puzzle. But it goes to show you that people are concentrating and they’re not paying any attention to me.”

“It’s funny what your mouth will say when your brain says, ‘You shouldn’t do that,'” he joked.

Watch the hilarious blunder above!