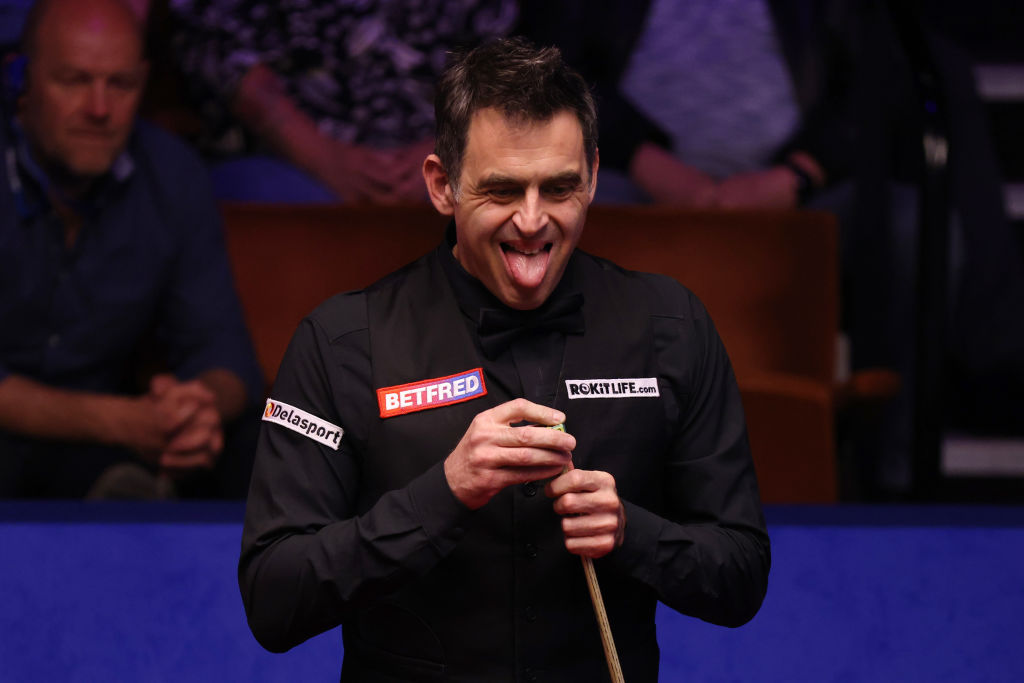 Ronnie O’Sullivan believes success at the Crucible is down to guts and determination more than ability as he reaches the World Snooker Championship semi-finals for a 13th time.

The Rocket dispatched Stephen Maguire 13-5 in the quarters, which followed comfortable wins over Mark Allen and Dave Gilbert in the first two rounds.

The six-time world champion is the first man into the semis but he could be joined by his Class of 92 rivals John Higgins and Mark Williams, who are playing their quarters to a finish on Wednesday.

The three legends of the game share 13 world titles between them and that could easily grow to 14 by close of play on Monday, despite them all creeping towards 50 years old.

O’Sullivan believes it is the unique challenge of the Crucible as a venue that separates them from other players, which he believes is demonstrated by a player as good as Neil Robertson continuing to struggle in Sheffield.

‘I did say that, can you imagine if it’s me, John and Mark in the semis. It would be unbelievable,’ O’Sullivan told the BBC.

‘I think it’s more this venue, it’s hard. You look at someone like Neil Robertson, he’s a fantastic player, unbelievable and you could just see even he found it difficult out there.

‘I just think it’s how you handle the occasion and the venue.’

Robertson won the World Championship back in 2010 but has been to just one semi-final since then and fell in the second round this year against Jack Lisowski.

O’Sullivan has the ultimate respect for the Thunder from Down Under’s ability, but feels he must be lacking the inner substance that other players show in Sheffield.

The Rocket reckons one man who has got what it takes for World Championship glory is Yan Bingtao, the 22-year-old who is currently taking on Williams in the quarter-finals.

‘I watched Neil play the other day. I know more than anyone, I’ve played him four times this year and he’s an incredible player,’ O’Sullivan told talkSPORT.

‘I jut think it’s a hard venue to play at. I’ve been saying it for a long time, this venue is not about ability or skill, listen, you have to have some ability and it’s about form as well.

‘But you can win this tournament without them two. It’s about guts, determination and having a big heart.

‘Someone like Yan Bingtao is the type of player who could win this tournament because he’s got that in spades.

‘It just suits certain people, they feel a bit more comfortable and relaxed here and they’re able to play their game.’

O’Sullivan will take on either Higgins or Jack Lisowski in the semis, with that quarter-final playing to a finish on Wednesday and he is excited to return to the fabled one-table set-up.

‘I am looking forward to it,’ he said. ‘The two-table set-up is very tense out there, it’s right on you, when you’re at the one-table you can relax a bit more, you’ve got the venue to yourself.

‘I’m excited to still be in the tournament and get on the one-table.’