One Tree Hill actor James Lafferty is engaged The Royals actress Alexandra Park. Scroll on to see a photo of her ring. 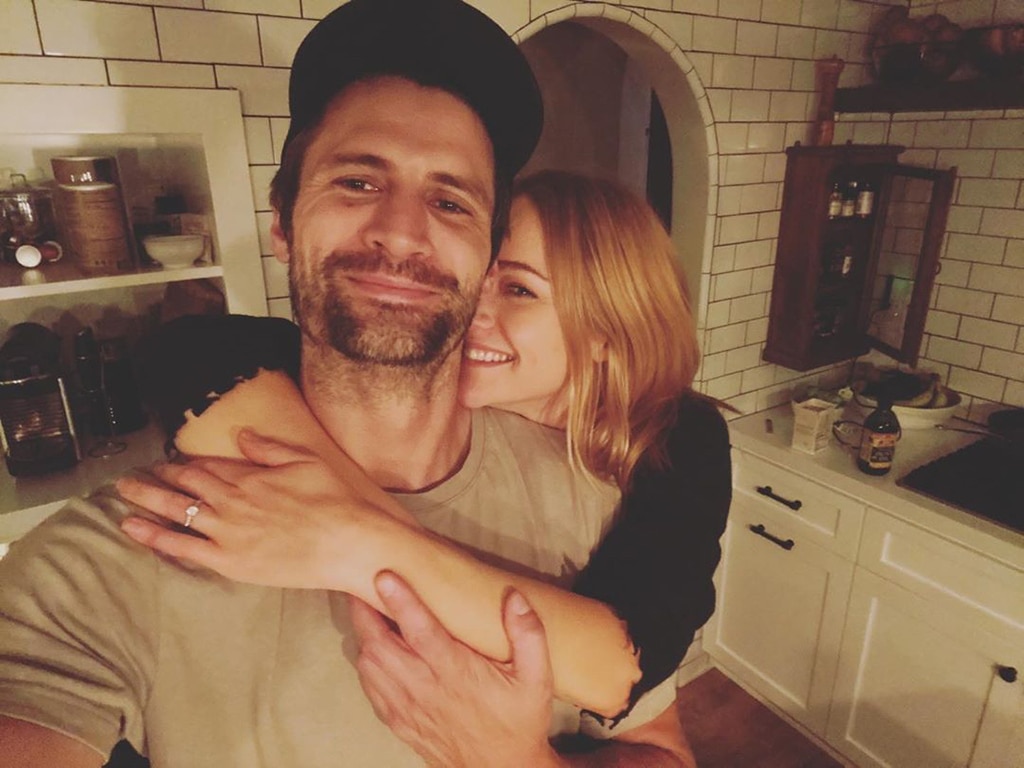 James Lafferty is officially off the market.

The One Tree Hill alum is engaged to Alexandra Park. The 35-year-old actor announced the happy news via Instagram on Sunday, Sept. 6. The Nathan Scott star posted a picture of The Royals actress giving her fiancé a sweet squeeze in a kitchen and flashing her diamond engagement ring.

The details of the proposal were not revealed; however, Park, who played Princess Eleanor on the E! series, posted a picture from Palm Springs, Calif. just hours before the big announcement.

Of course, this level of privacy should come as no surprise to their fans. After all, the 31-year-old bride-to-be and her future groom have kept their relationship out of the limelight for the past few years. The dynamic duo appeared to make their relationship Instagram official in 2018, when Park posted a picture of the duo standing with Lafferty's One Tree Hill co-star Stephen Colletti at the Monte-Carlo Television Festival in Monaco. Lafferty did the same.

"Not sure why @stephencolletti and I are dressed for Easter Sunday," he wrote on Instagram at the time, "but at least @alexandrapark1 came to play. #FTV2018."

However, their relationship may go back even further. According to Us Weekly, the pair actually met in 2015, when Lafferty directed an episode of The Royals called "Taint Not Thy Mind, Nor Let Thy Soul Contrive against Thy Mother." In fact, he directed several episodes of the popular program over the years.

Congratulations to the happy couple!