Given that Q&A is a show where long qualifying statements tend to precede the actual question, let’s keep this straight-forward: have viewers given up on the ABC panel show? Audience figures for Q&A have plummeted this year. Last week it failed to crack the top 20 free-to-air programs on the Thursday night it aired, indicating a capital city audience of just 237,000. In March 2020, the number was above 500,000, and likewise in March 2016.

This was meant to be the year that Q&A ascended to new prominence. Since debuting in 2008 it had aired about 9.30pm on Mondays, the feisty debate chaser to Four Corners and Media Watch. In 2021 it moved to 8.30pm on Thursday, an hour earlier to presumably give it access to a larger audience and its own anchoring role on the ABC’s schedule. But even with Back Roads, one of the national broadcaster’s quiet achievers, as an 8pm lead-in, the viewing figures are starting to resemble a death spiral.

Q&A has long divided audiences. It has enjoyed the patronage of enthusiastic devotees who until now were considered to be rusted on, as well as a hearty dissenting crowd who refused to engage with it. But the balance has changed, notably at a time when social issues and public debate in Australia are operating at a fiercely engaged level. On the ABC alone, Four Corners and 7.30 are holding onto their regular audiences or even – with a timely edition that connects to headline-making news – surpassing them. 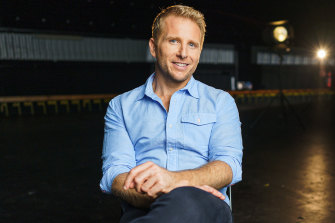 Hamish Macdonald has hosted Q&A since 2020, taking over from the show’s founding presenter, Tony Jones.Credit:ABC

This is the second season where Q&A has been helmed by executive producer Erin Vincent and hosted by the versatile Hamish Macdonald, who respectively replaced founding fathers Peter McEvoy and Tony Jones. The standard episode is not hugely different from what viewers had come to expect, but then again, the standard episode of Q&A was always an act of television alchemy, trying to harness – in a live broadcast, with audience questions – disagreement, debate and the desire of adversaries to dunk on one another.

Sometimes it would fail to hit the heights, but the wreckage could certainly be entertaining. Now there are episodes where Q&A feels like it’s struggling just to cut through. Last week, for example, the night’s topic of how a better world might emerge from the COVID-19 reset played out as strands that never came together, even as certain flaws are eternal; watching gender inclusion advocate and corporate leader Sam Mostyn get talked over by a man when the topic was Australian women needing to be heard was sadly predictable.

The episode’s ambition was self-destructive. The five Australian panellists were joined by Thomas Piketty, the celebrated French academic whose book Capital in the Twenty-First Century redefined discussion of inequality. But for the half of the show that he was present, Piketty seesawed between historic explanation and having to differentiate his ideas from advocacy. At one point, Macdonald questioned Piketty’s intent, but to be inclusive threw to another guest. You could hear Piketty trying to reply until it sounded like his feed was muted.

Has the show simply begun to calcify after a long run? Watching the episode that aired three weeks ago, which piggybacked off the federal government’s announcement of subsidised air tickets to some regional tourism centres, the back and forth between the two politicians present – Liberal Zed Seselja and Labor’s Kristina Keneally – came across as ritualised. Both were well prepared and capable, the former had his talking points, the latter her digs. You can point to it as being emblematic of where Australia’s at, but that’s no longer enough. 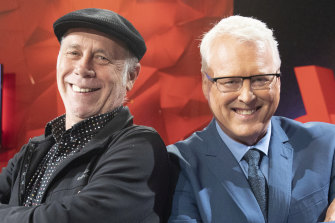 In the same episode, National Farmers’ Federation president Fiona Simson declared: “We need to be rid of the politics. I think we need to get onto the real issues.” Q&A has considered this. A recent episode on sexual consent eschewed politicians and media voices for experts and specific commentators. Once everyone had gotten out their version of the disclaimer that “consent is a complex issue”, the show unfolded the issues despite Macdonald pushing too hard to get the age at which children should be exposed to the conversation.

But that approach isn’t new territory – the current iteration of Dateline on SBS has claimed it for years now. And Q&A’s remit to bundle everything together, to pitch the broadest of tents so that contrary opinions can ricochet around, doesn’t allow for an easy transition. It feels like it has painted itself into a corner, a prisoner of its own traditions and an erosion of genuine dialogue. It has a storied history, but Q&A is now far from essential viewing. Something has to give.