Scientists from University College London say this risk may be particularly high for women who have abdominal obesity. The researchers suggest keeping body mass index (BMI) under control could play a significant role in reducing the risk of dementia. Dr Dorina Cadar, from UCL’s Institute of Epidemiology and Health Care, said: “These findings provide new evidence that obesity may have important implications in terms of dementia risk. 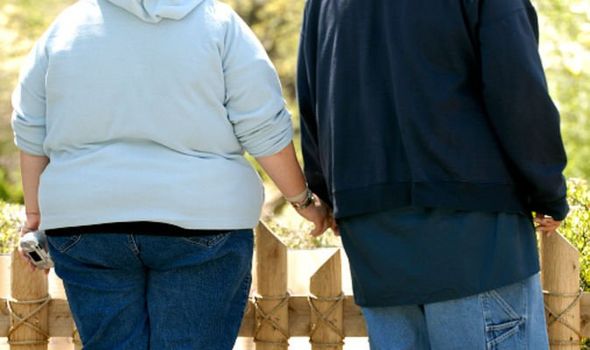 “Both BMI and waist circumference status should be monitored to avoid metabolic or vascular complications.”

The researchers analysed data gathered from more than 6,500 people who did not have dementia at the start of the study. The team found obese people had a 31 percent greater risk of dementia, at an average of 11 years later.

Women with abdominal obesity, based on waist circumference, were found to have a 39 percent increased risk of dementia compared with those who were not fat.

UCL’s Professor Andrew Steptoe said: “Dementia is one of the major health challenges of the 21st century that could threaten successful ageing. Our findings suggest rising obesity rates will compound the issue.

“By identifying factors that may raise dementia risk that are influenced by lifestyle factors, we hope that a substantial portion, but admittedly not all, of dementia cases can be prevented through public health interventions.”