Oasis will release a demo of a song which has never been released before and will be brand new to many fans amid mounting rumours there could be a reunion on the cards. Noel Gallagher made the surprise announcement to his 1.2 million Twitter followers this morning, saying he thought the track had been “lost forever”. “Hey there dudes and dollies,” he tweeted. “Like the rest of the world I’ve had infinite time to kill lately so I thought I’d FINALLY look and find out what was actually on the HUNDREDS of faceless CDs I’ve got lying around in boxes at home.

“As fate would have it I have stumbled across an old demo which I thought had been lost forever,” the former Oasis rocker continued.

“As far as I’m aware there is only one version of this tune ‘out there’ from an Oasis soundcheck in Hong Kong about 15 years ago?

“I’m not sure whether the soundcheck version predates the demo as I there’s no date on the CD,” Noel said.

“I know some of you love this tune so we thought we’d put it ‘out there’ for you to enjoy/argue over.” 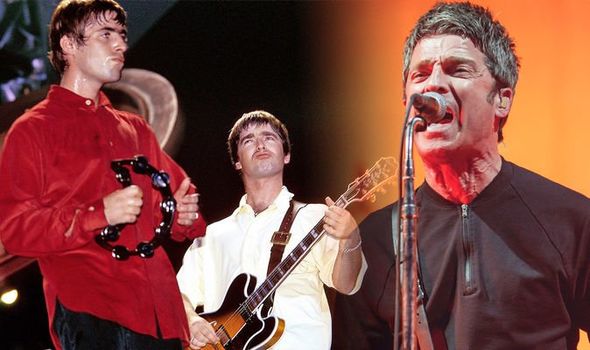 The Oasis legend revealed the track, titled Don’t Stop would be “up on the internet” from midnight tonight.

“Hope everyone is staying safe and trying to ride out the lockdown with the minimum of fuss. You’re welcome by the way,” he concluded nonchalantly.

While it’s not a recent song, Don’t Stop is new to Oasis catalogue of releases having never been officially put out before.

One tagged Liam Gallagher in their reply, asking the brothers: “Does it mean something?”

“Can’t wait to hear this,” another enthused, while a third added: “We’ve been blessed by the king himself my life is saved.”