NUNO ESPIRITO SANTO's reign at Tottenham came to an end on Monday after just four months.

The Portuguese boss was sacked after Saturday's 3-0 drubbing by Manchester United. 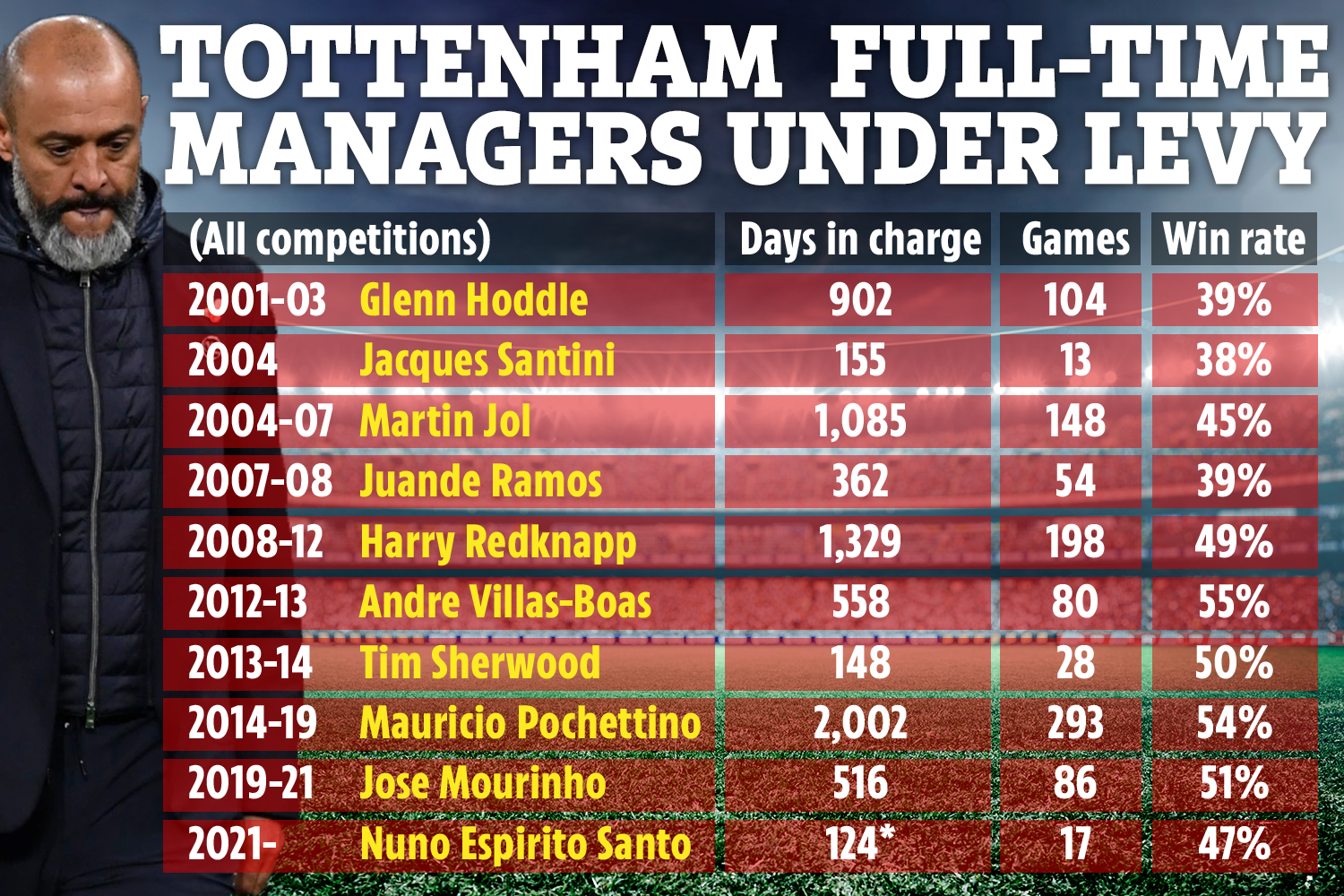 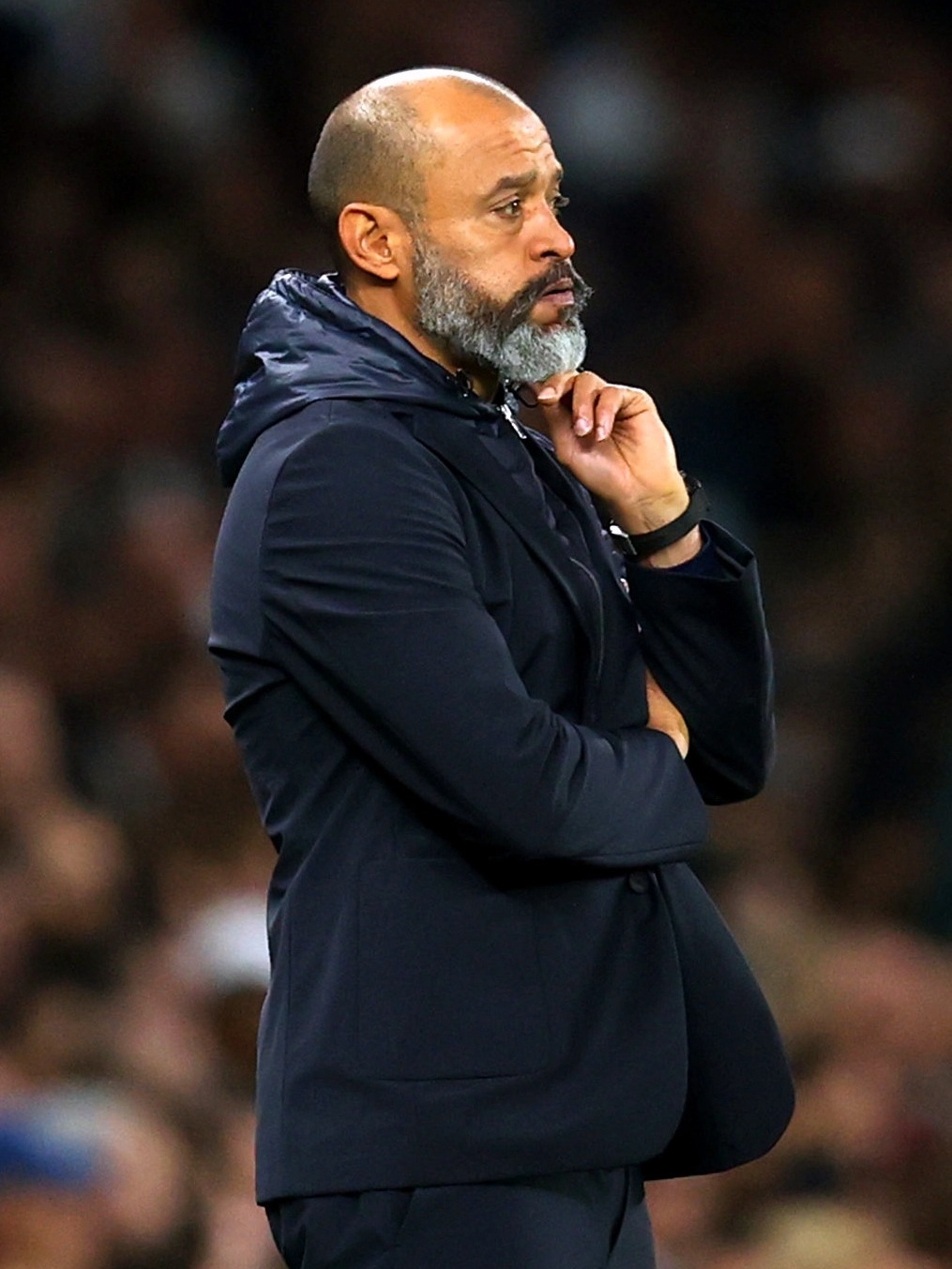 Spurs were booed off the pitch by their own fans and Nuno ultimately paid the price for a shocking start to the season.

Espirito Santo won just 47 per cent of his games as Tottenham manager to start the season.

And Tim Sherwood won 50% of his games in charge while Andre Villas-Boas had a 55% win rate.

Spurs chief Levy feared a return to the early days of his reign when his side weren't competing with rivals Arsenal and Chelsea.

Santo was put out of his Spurs misery on Monday, and was replaced by Antonio Conte.