Earlier today, Aldi took to Twitter to challenge M&S to “raise money for charity, not lawyers” as it confirmed the return of its Cuthbert caterpillar cake. Aldi has not sold the cake since February and said that the limited edition version about to launch will benefit Teenage Cancer Trust and Macmillan Cancer Support.

The tweet read: “Hey @marksandspencer can Colin and Cuthbert be besties? We’re bringing back a limited edition Cuthbert and want to donate profits to cancer charities including your partners @macmillancancer & ours @teenagecancer. Let’s raise money for charity, not lawyers #caterpillarsforcancer.”

Not long after, M&S shared its “love” for the idea, but suggested that Aldi use their own character for it.

The supermarket chain also used the opportunity to remind its rival that Colin has “been a BIG fundraiser for years” amidst the challenge of raising money for charity.

M&S’s partnership with Macmillan has often utilised Colin to raise money for the charity. 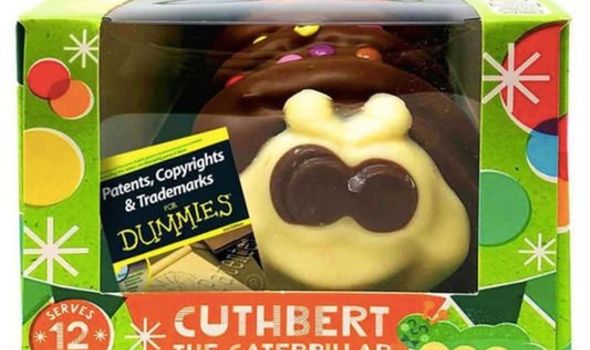 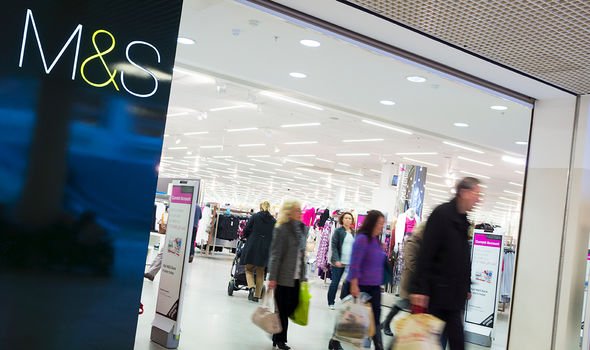 M&S wrote: “Hey @AldiUK we love a charity idea (Colin’s been a BIG fundraiser for years). We just want you to use your own character. How about #kevinthecarrotcake ? That idea’s on us… and we promise we won’t do Keith.”

The online back and forth follows M&S making an intellectual property claim against Aldi with the High Court last week, claiming that the Cuthbert cake “rides on the coat-tails” of the reputation M&S has built for itself from the success of its own Colin caterpillar cake.

M&S first launched their own caterpillar caked roughly 30 years ago and was the first supermarket to do so, though several chains have followed suit since.

The appearance of its cake has remained mostly the same since 2004, with the exception of special versions being launched for events such as Christmas. 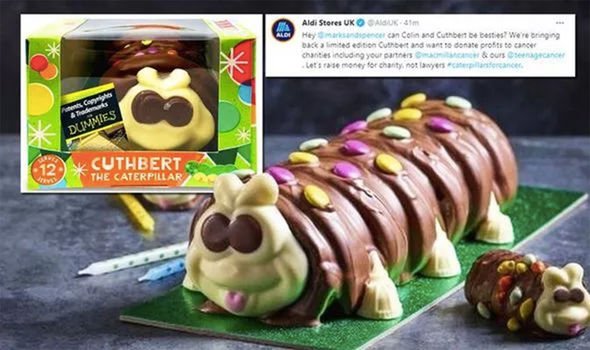 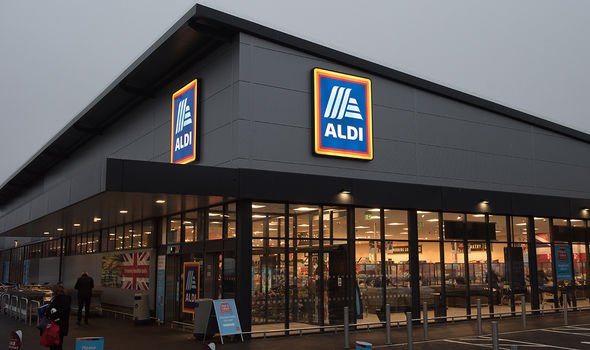 It is a sponge and buttercream cake that is coated in milk chocolate with chocolate sweets on its exterior, complete with a white chocolate face.

M&S has three Colin trademarks, which M&S is using as justification for the claim because they believe Colin is unique.

Following Aldi’s first tweet to M&S today, the chain prompted other supermarkets to support the cause and named their caterpillar cakes in the process.

Most of the supermarkets, who also sell caterpillar cakes, have remained fairly silent since M&S announced legal action last week and said it has “not ruled out” pursuing other rival brands for infringement.