UNTIL now, the crowning moment in Zodiakos’ long career was a routine win on a gloomy afternoon at Redcar in 2017.

But at 1.02pm on June 1 2020, Roger Fell’s seven-year-old earned his own slice of sporting history when becoming the first racehorse to win in Britain since Covid-19 stopped racing in its tracks. 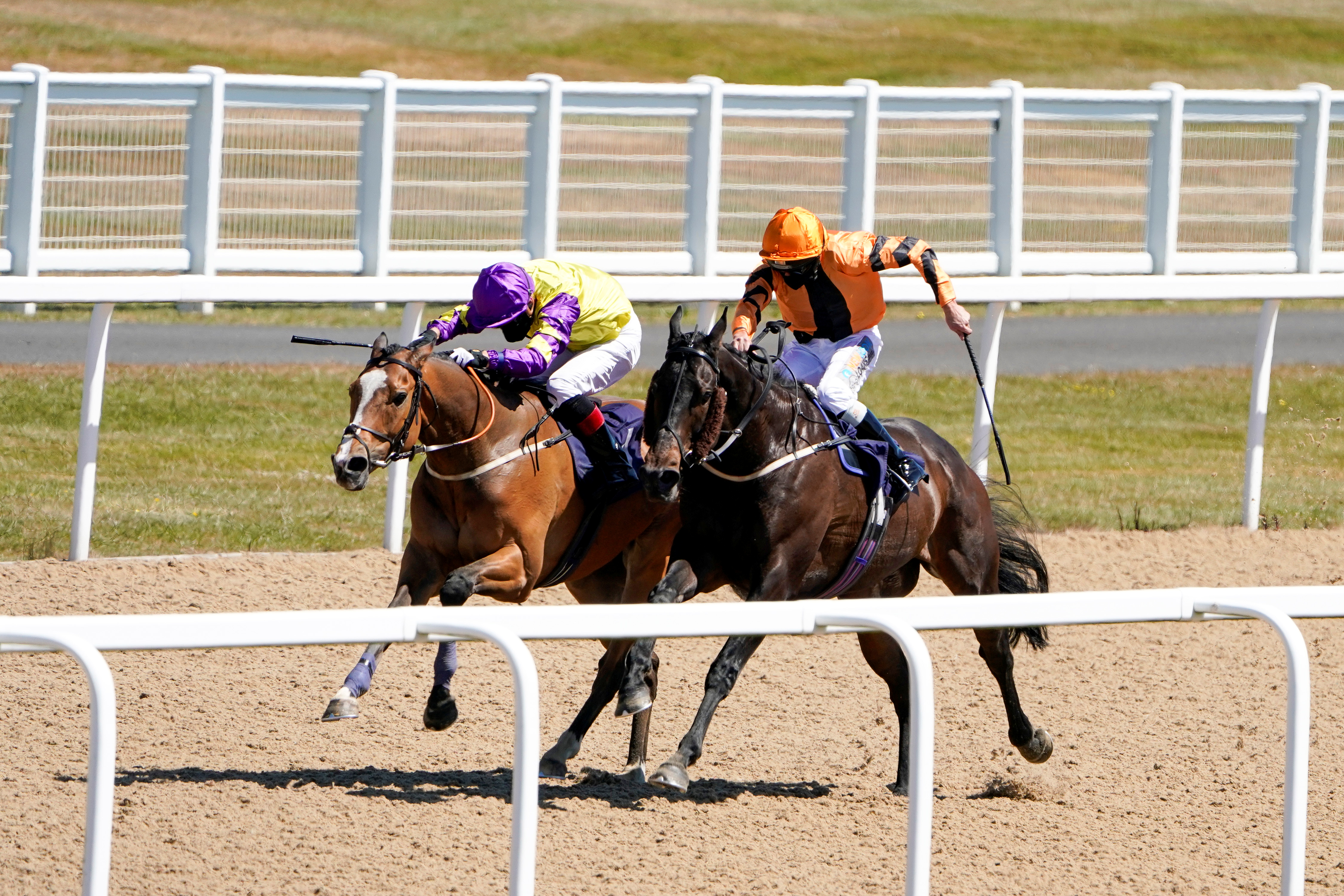 It has been a long road back, and the opening race played out in front of an eerily quiet grandstand.

The rails bookies, rowdy Geordie crowd and ticker tape parade of losing betting slips gave way to a handful of stable staff and officials in face masks and PPE.

It’s not racing as we know it, but it’s live sport, and that is all that matters.

On paper, the ‘Betway Welcome Back British Racing Handicap’ was a modest contest for modest horses.

But the 12 runners and jockeys were trailblazers in their own right, leading the first wave as racing began the fight back against coronavirus.

And it was settled with a ding-dong battle. The eventual winner looked cooked as stablemate Al Ozzdi breezed into a narrow lead inside the final furlong.

But Zodiakos, the veteran of six campaigns, rolled his sleeves up and rallied to win by a neck at an eye-watering 22-1.

It got the blood pumping – and winning jock James Sullivan was feeling the effects after his first competitive ride since March 13.

He said: “It was hard work from three and a half furlongs out – I’m blowing a bit now!

“He galloped on well. Al Ozzdi got a head up on me, but he battled all the way to the line and outstayed the other horse in the closing stages.

“It’s a great training performance from Roger Fell to train the first two and it’s great to win the first race back. It’s been a long couple of months.”

It certainly has been a dreary 76 days for racing fans, but it’s been particularly tough on those jockeys who rely on racing to put food on the table.

There will be a period of adjustment for them, with strict social distancing in place and facilities, such as showers and saunas, closed for the foreseeable future.

But senior rider Paul Mulrennan gave the new protocols the thumbs up.

He said: “The process has worked very well, it’s all gone very smoothly. It only took about five minutes or so to get in as they checked our temperatures and then all our forms we’d filled in online.

“We were allocated wristbands to wear for the day and then quickly directed to the weighing room which they have done an unbelievable job on in such a short space of time.

“It’s great to be back, it feels like my first ride again. Newcastle is the perfect starting place, there’s a lot of room and it’s all been very straightforward.

“It’s been set up very well in there and it’s comfortable, we can’t complain. I guess the next step is to try and get a few owners on course I imagine. 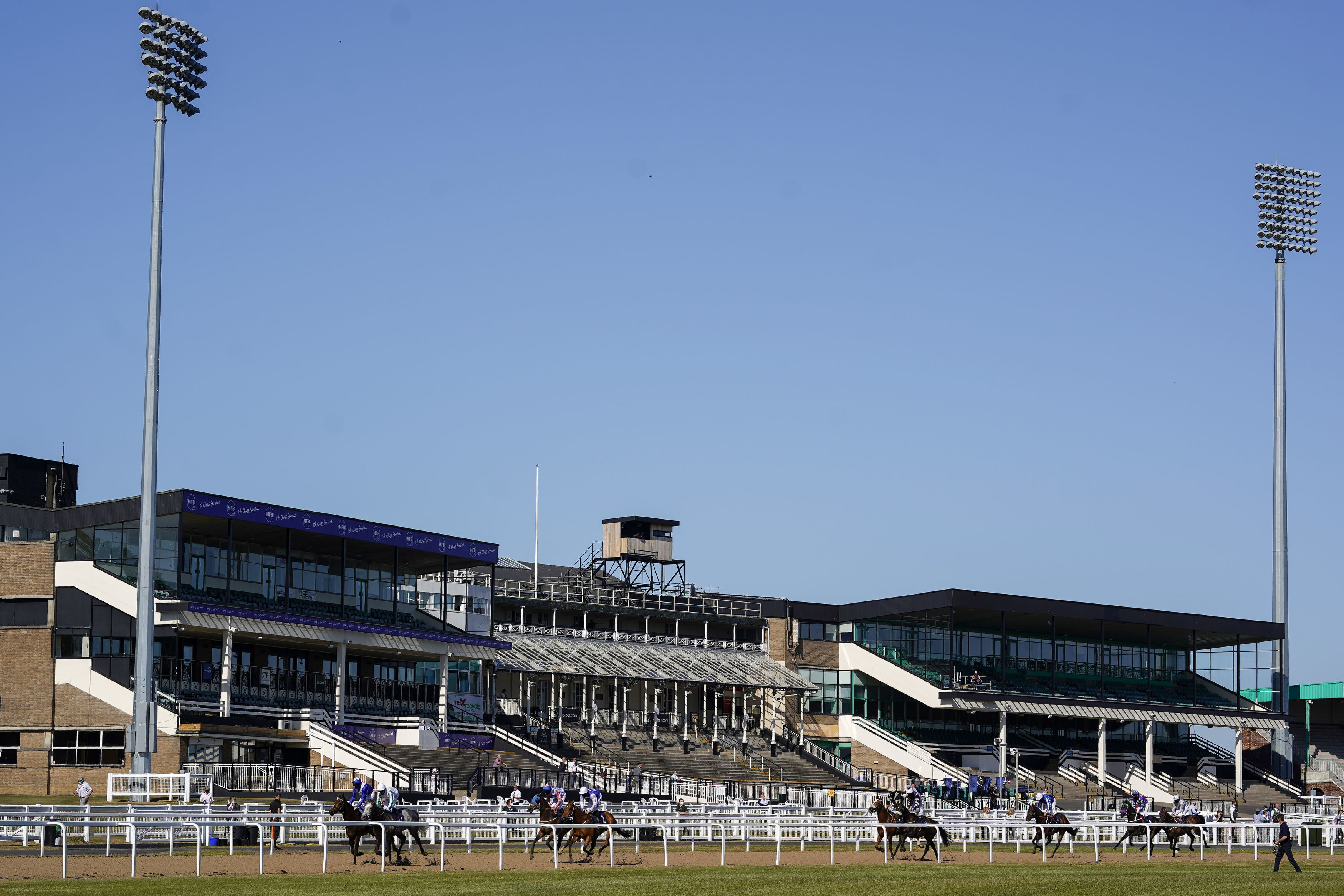 “I think all of us have had a little blow after the first race, there’s nothing quite like race riding. It’s not ideal having no showers for now, but it’s not the end of the world and I’m sure we can cope.

“Weighing in and out is easy and saddling was no problem. It’s like Boots up here, there’s more sanitiser than you can imagine!”

There was quality among the quantity at Gosforth Park, with the bumper 10-race card likely to become a familiar sight in the coming weeks.

His trainer Tim Easterby was eyeing up the new Palace of Holyroodhouse Handicap at Royal Ascot prior to today. But on this evidence he could have booked his place in the Group 1 Commonwealth Cup on 19 June instead.

John Gosden looks to have another top filly on his hands as the exciting Frankly Darling bolted up and was slashed into 10-1 from 33s for the Oaks with Coral.

A day of celebration was overshadowed with the sadly fatal injury suffered by December Sound. Racing is a risky sport, especially for the men and women who ride these magnificent beasts. That no jockeys were injured is the only silver lining.

We're off and running, and hopefully it is all good news from here on out.