In the US, a $20 billion funeral industry is focused on making people to forget the connection between death and decay.

But a Dutch startup is getting back to basics with a ‘mushroom coffin’ made of mycelium -the vegetative part of fungus that grows underground.

The Living Cocoon speeds the decomposition process, removes toxic materials from the ground and helps grow new trees and plants, according to its inventor, Bob Hendrikx.

An embalmed body in a wood coffin can take more than ten years to fully decompose, Hendrikx says, while a corpse in a Living Cocoon takes just two to three years. 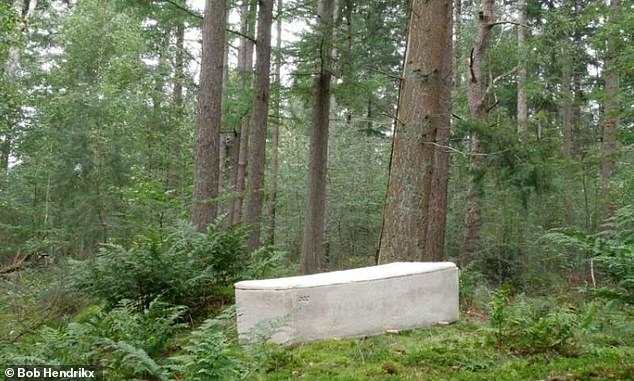 The Living Cocoon is a casket made of mycelium, the vegetative part of fungus that grows underground. Making a coffin out of mycelium speeds the decomposition process, removes toxic materials from the ground and helps grow new trees and plants

‘Nature’s recycler,’ as Hendrikx calls it, was used to leech radioactive waste from the soil in Chernobyl.

‘It’s constantly looking for waste materials to convert into nutrients for the environment,’ he says. ‘It does the same with toxic substances, including oil, plastic and metal.’

Funeral directors in the Netherlands are already on board with this eco-friendly alternative. 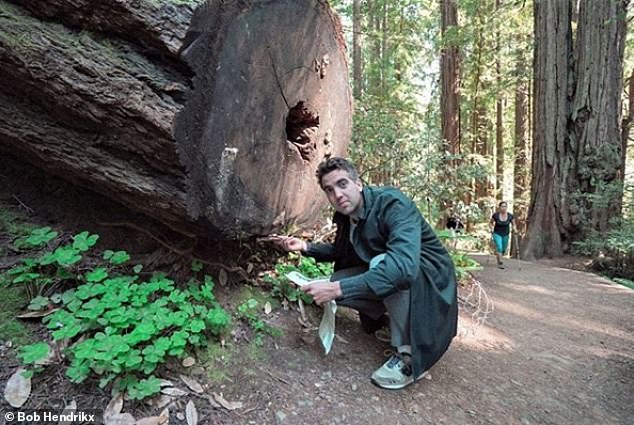 Living Cocoon inventor Bob Hendrikx. His ‘mushroom coffin’ costs between $1,200 and $1,700, far less than a traditional wooden casket, which can take five times as long to biodegrade

‘It is important to be involved in sustainable innovation like this,’ says Frank Franse, director of the funeral collectives CUVO and De Laatste Eer. ‘It fits our objective to be a sustainable co-operative funeral service.’

Hendrikx says his green caskets are an important tool in reversing humanity’s devastation of the environment.

‘Humans see ourselves as waste and burn our bodies or put them into the soil with pollutants,’ he told The Telegraph. ‘But I have a new vision of working with living materials rather than taking something out of nature, killing it to make wood and building a coffin.’

‘We could go into a very polluted area and transform it from landfill to a forest, with a tree planted on top of every body,’ he added.

The coffins are grown over seven days and are absorbed into the Earth within a month and a half.

‘The Living Cocoon enables people to become one with nature again and to enrich the soil, instead of polluting it,’ Hendrikx said. 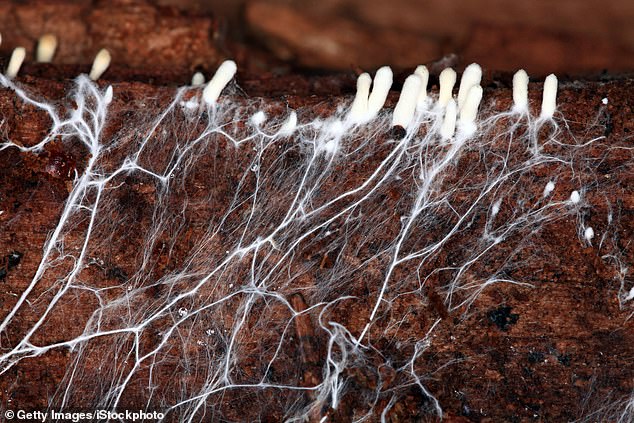 Mycelium can live to be thousands of years old and can be microscopic or grow to thousands of acres. ‘It’s constantly looking for waste materials to convert into nutrients for the environment,’ says Hendrikx. ‘It does the same with toxic substances, including oil, plastic and metal’

According to the Federal Trade Commission, a typical wooden casket can cost anywhere from $2,000 to $10,000.

On Saturday, a Dutch woman reportedly became the first person buried in a Living Cocoon.

In the US alone, morticians use some 4.3 million gallons of embalming fluid a year, according to Cornell University, and 20 million feet of wood for coffins and vaults.

Even cremation requires fossil fuels and releases toxic fumes into the atmosphere.

According to the National Funeral Directors Association, more than half of Americans are interested in a green funeral because of the cost savings and environmental benefits.

Although fungal burials are new, they are gaining traction. Actor Luke Perry was buried in a biodegradable mushroom suit after his death in March 2019, his daughter revealed.

‘My dad discovered it, and was more excited by this than I have ever seen him,’ Sophie Perry posted on Instagram in May 2019.

‘He was buried in this suit, one of his final wishes. They are truly a beautiful thing for this beautiful planet, and I want to share it with all of you.’