[We also saw] increased numbers of upper-layer neurons, the neuron type that increases in primate evolution

According to images published in the journal Science, the modified monkey brains almost doubled in size after almost 100-days into gestation.

Dr Michael Heide, the study’s lead author, said: “We found indeed that the neocortex of the common marmoset brain was enlarged and the brain surface folded.

“[We also saw] increased numbers of upper-layer neurons, the neuron type that increases in primate evolution.” 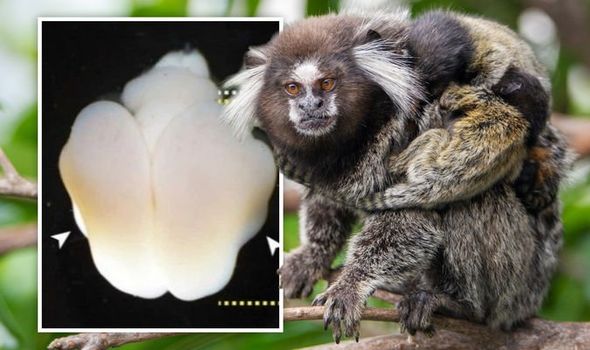 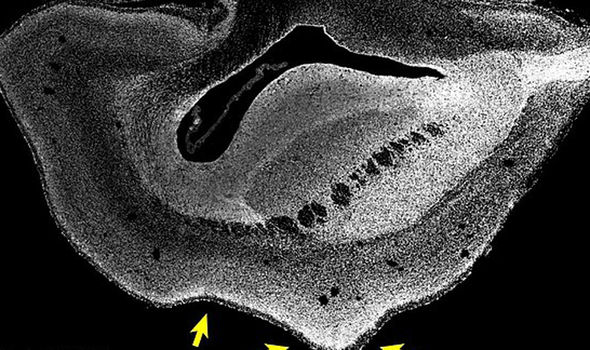 The neocortex is known to be the most recent part of the brain to have evolved.

This is considered telling evidence ARHGAP11B may have caused brain growth during human evolution.

During evolution, human brains fold into the distinctive wrinkled appearance to fit inside the restricted space of our skull.

This allows the surface area of the neocortex to increase greatly. 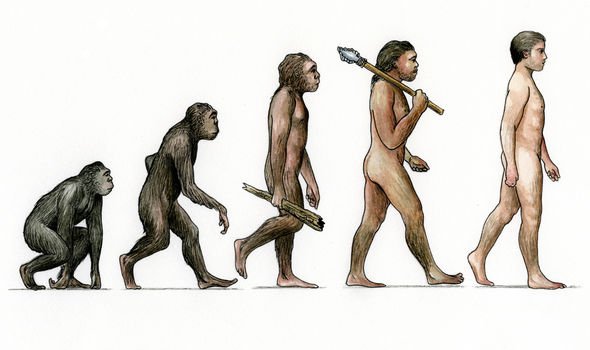 The human neocortex is approximately three times bigger than that of humans’ closest relatives, chimpanzees.

The scientists were later forced to abort the monkey foetuses due to “unforeseeable consequences”.

The Japanese researchers, including Dr Hideyuki Okano, had pioneered the development of a technology to generate transgenic non-human primates.

This is a cutting-edge technique using embryonic stem cells to contribute to the reproductive cells of a mammal (germ cells) genetically passed to an offspring.

Dr Wieland Huttner at MPI-CBG and study author, said in a statement: “We confined our analyses to marmoset fetuses because we anticipated that the expression of this human-specific gene would affect the neocortex development in the marmoset.

“In light of potential unforeseeable consequences with regard to postnatal brain function, we considered it a prerequisite – and mandatory from an ethical point of view – to first determine the effects of ARHGAP11B on the development of foetal marmoset neocortex.”

ARHGAP11B arose through a partial duplication of the closes-related gene ARHGAP11A approximately five million years ago along the evolutionary lineage leading to Neanderthals, Denisovans, and their modern-day ancestors – us. 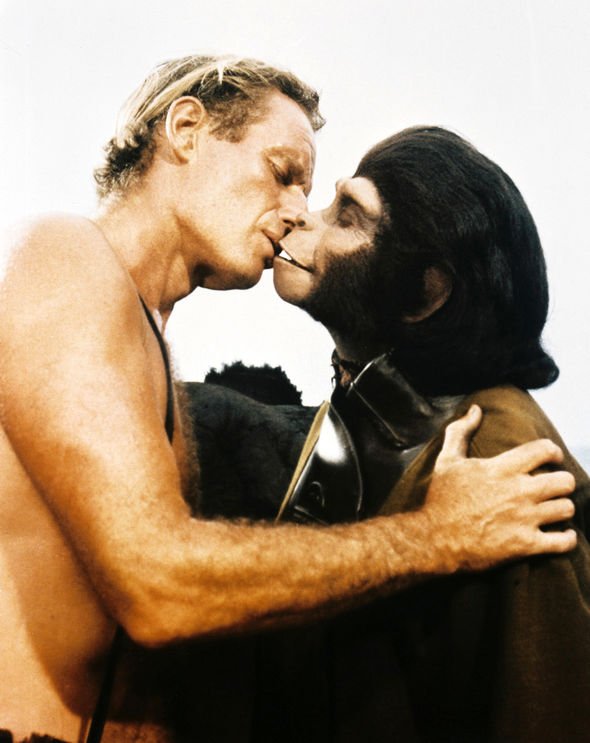 Researchers isolated different sub-populations of human brain stem cells and identified which genes are active in which cell type.

Tests at the time on mouse embryos revealed that the gene can have a huge impact on brain development.

Embryos injected with the gene grew larger brain regions and some developed the wrinkled surface that’s characteristic of the human brain.

Dr Marta Florio at MPI-CBG, a fellow lead author, said in a statement: “It is so cool that one tiny gene alone may suffice to affect the phenotype of the stem cells, which contributed the most to the expansion of the neocortex.”