Move aside MAFS, roll over Real Housewives, a new bunch of reality TV stars are coming our way: the social media influencers of Byron Bay.

Netflix’s first Australian reality TV commission, Byron Baes (bae is slang for “babe” and an acronym of “before anyone else”) will feature a cast of more than a dozen photogenic lifestyle mavens who have turned the demand to “look at me” into a job description. At least this time around no one will need to ask if they’re really there for the right reasons: raising their social media profile is the meaning of life for many of these full-time attention seekers. 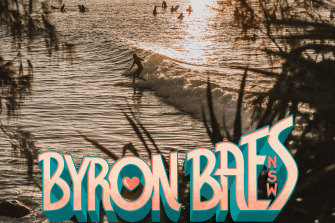 A promotional image for Byron Baes, Netflix’s first Australian reality TV series, about the social media influencers of Byron Bay and its surrounds.Credit:Netflix

Commissioning the show was “a no-brainer”, according to Que Minh Luu, Netflix’s director of content for Australia and New Zealand.

“You’ve got this cabal, or live feed as we’ve been calling it, of Instagrammers, who all live up in Byron, and there are a lot of them,” she says. “And we’re following them as they’re going about the hustle and finding love and happiness and the validation of the people around them and people online.”

Netflix has not yet announced details of the cast or when the series will air, but it has suggested none of the “murfers” (mummy surfers) who featured in Carina Chocano’s notorious article about the area’s influencers for Vanity Fair last year will feature. However, Australian model Elyse Knowles (winner, with partner Josh Barker, of The Block in 2017) is hotly tipped to be among the cast.

The idea for the eight-episode series came from Vice writer Julian Morgans and was developed with Eureka Productions, the company that made Holey Moley for Seven and the American series Dating Around for Netflix. Ms Luu says it is absolutely not intended as an exercise in poking fun, but rather at building “a connection between the people we meet in the show and ourselves as the audience”. 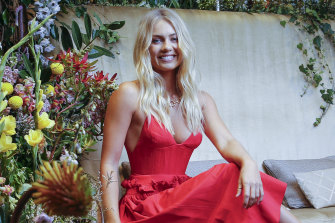 Model Elyse Knowles is rumoured to be among the cast of the new show. Credit:Wayne Taylor

“People can find it easy to write off those who have influencer lifestyles and careers,” she adds, “but at the end of the day, aren’t we all curating our lives before we put them out on social media?”

Byron Bay was a sleepy farming town until surfers and alternative lifestylers – OK, hippies – discovered it in the 1970s. In 1981, Olivia Newton John set up home in nearby Ballina, and 24 years later she opened the wellness retreat Gaia.

In 1986, Paul Hogan and his then-wife Linda Kozlowski really put the coastal idyll on the map when they built their Cedar Creek mansion, at a cost of $8.1 million, at Possum Creek in the hills just behind the town. Hoges’ former co-stars John Cornell and Delvene Delaney also moved to the area, and together they bought and renovated the Byron Beach Hotel, the town’s main watering hole.

In the 1990s, musicians Ben Harper and Jack Johnson were among those who came to play Bluesfest and fell in love with the area, but it was in the last decade or so that Hollywood truly discovered Byron’s charms, thanks in no small part to Phillip Island expatriates the Hemsworth brothers. Liam and his then-wife Miley Cyrus set up home in the area, as did Chris and his wife Elsa Pataky, and most recently older brother Luke and wife Samantha have joined the fun (the Hemsworth brothers’ parents also live in the area).

The Project’s Carrie Bickmore has a holiday home there, and former Socceroo Tim Cahill and model Gemma Ward have also put down roots, while Oscar-winner Matt Damon reportedly owns several properties in the area, and actor Zac Efron is reportedly living in Byron with his girlfriend Vanessa Valladares, though he is said to have bought a block of land in the Tweed Valley, about an hour north, with plans to build there.

COVID has only made the place more appealing. While film and television production in most of the world was shut down last year, Byron Bay and its surrounds were booming. But Ms Luu says its sudden presence at top-of-mind for Americans was not a factor in commissioning Byron Baes. Rather, it was driven by the area’s unique attributes as a melting pot of entrepreneurialism, lifestyle and health practices, and the sometimes uneasy coming together of the traditional “old Byron” and the alternative “new”.

“Byron Bay is this world of promise, a means of escape, a means of reinvention,” she explains. “But there’s also this old Byron that we haven’t seen on screen, and that is not something that gets exported so much.”

There will be no contrived dinner-party drama in this show, which Ms Luu labels a “docu-soap”. Nor will viewers be enticed to “hate-watch it”. 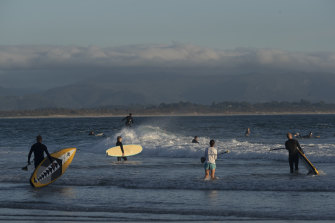 The charms of Byron Bay have long been admired internationally, but during COVID the affair deepened. Credit:Brook Mitchell

“Obviously our goal is love watch,” she says.

She promises the show will be “self-aware”, but insists it will not seek to take down its cast members, who are simply exploring a new way of making a buck.

“We all have our skill or one talent that we use to find happiness and fulfillment in our personal lives and our professional lives,” she says. “I’m not going to judge anyone for having a product to sell. Musicians have music to sell. I have ideas to sell.”

And how would you define the one talent of the influencers? Looking good while spruiking stuff?

“There’s a skill in the curation of images, in understanding what a brand does and the power of it and what it can sell,” Ms Luu says. “Greta Thunberg is an influencer.

“It’s how do you harness charisma, that ability to connect, whether it’s for profit or the greater good or whatever. We’re all trying to do a version of that.”