Netflix has extended and expanded its massive deal with "Bridgerton" producer Shonda Rhimes.

The new pact expands the current deal with Rhimes, her company Shondaland, as well as her long-standing producing partner Betsy Beers, Netflix confirmed in a press release on Thursday.

The newly expanded partnership will give Netflix and Shondaland Media the opportunity to exclusively produce, stream and distribute feature films as well potential gaming and virtual reality content.

The pact currently includes a branding and merchandise deal for Shondaland Media content, which will now add live events and experiences.

Rhimes' first series from her company, "Bridgerton," was a smash hit for Netflix. The Regency period romantic drama was watched by 82 million member households around the world in its first 28 days.

The series' second season is currently in production in the U.K. and set to launch in 2022. The streaming platform has already renewed the series for Seasons 3 and 4. 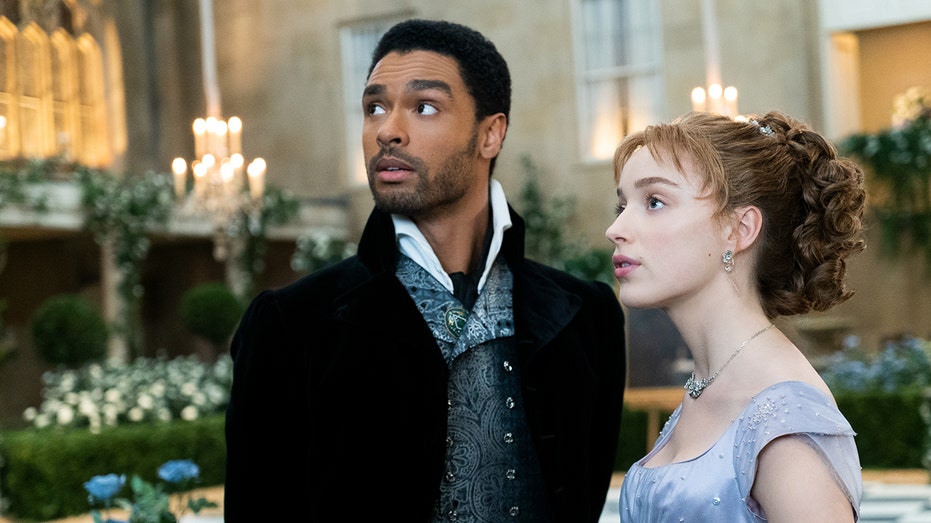 Rege-Jean Page as the Duke of Hastings (L) and Phoebe Dynevor as Daphne Bridgerton (R) in “Bridgerton.” ( LIAM DANIEL/NETFLIX © 2020)

Rhimes said in a statement, "Shondaland at Netflix is creatively thriving, profitable as an asset and engaging audiences around the world with stories that fearlessly challenge viewers and keep them highly entertained all at once… The Shondaland team and I are thrilled and excited to be expanding our relationship with our content partners at Netflix."

Before her deal with Netflix, the 51-year-old created "Grey’s Anatomy" and "Scandal" for ABC.

As part of the deal, Netflix will be further "investing in and providing the financial and technical infrastructure to support Shondaland’s mission to create DEIA (Diversity, Equity, Inclusion, Accessibility) programs that can increase industry workplace representation for underrepresented groups both domestically and in the UK."