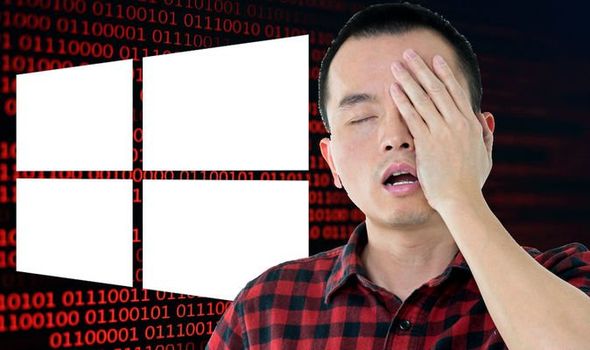 Windows 10 fans need to be on alert about a vicious threat that security experts are highlighting. As reported by The Verge, the latest Windows 10 bug can corrupt a victim’s hard drive if they merely look at a corrupted icon or shortcut. The issue was first raised earlier this week by security researcher Jonas L who on Twitter described it as a “nasty” vulnerability.

The @jonasLyk Twitter posted: “There is a specially nasty vulnerability in NTFS right now.

“Triggerable by opening special crafted name in any folder anywhere.’

“The vulnerability will instant pop up complaining about your harddrive is corrupted when path is opened”.

Will Dormann, a vulnerability analyst at the CERT Coordination Center, said this bug has existed in Windows 10 for three years.

Dormann tweeted: “This problem seems to be introduced around the time of Windows 10 1803. Prior versions of Windows do not appear to be affected.”

The way the attack works is hackers can hide a specially crafted line in a Windows shortcut, ZIP file or folder.

To trigger it, all a Windows 10 users need to do is to extract the ZIP file or simply look at the folder which contains the compromised shortcut.

Once that happens it will automatically get trigger and a user’s hard drive will get corrupted.

Speaking about the threat, a Microsoft spokesperson said: “We are aware of this issue and will provide an update in a future release.

“The use of this technique relies on social engineering and as always we encourage our customers to practice good computing habits online, including exercising caution when opening unknown files, or accepting file transfers.” 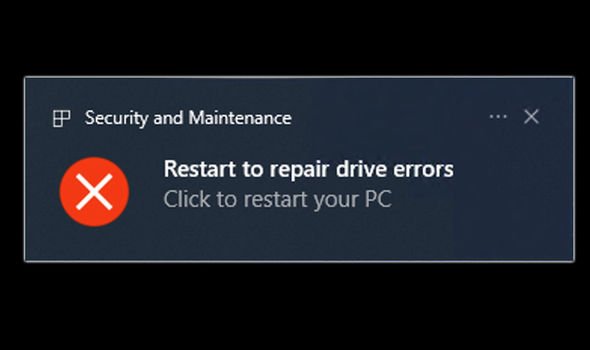 Bleeping Computer also noted that the Windows 10 vulnerability could be triggered by specially crafted HTML pages.

Which just gives a further way to spread this dangerous Windows 10 threat.

The tech website also added: “According to sources in the infosec community, serious vulnerabilities like these have been known for years and reported to Microsoft earlier but remain unpatched.”

Bleeping Computer also carried out tests on this bug, and in one bit of welcome news they said in “some tests” the chkdsk utility was capable of repairing the hard drive error.

Adding to this, Dormann said: “It should repair the damage successfully. Though at least once I got this screen, which required manual intervention to do the repair.”