NASA has finally shared video and audio of Mars after its historic descent onto the planet’s surface with the Perseverance rover on Thursday.

The independent space agency uploaded a first look to its NASA’s Perseverance Mars Rover Twitter account Monday afternoon, which showed a clip of how they achieved this feat.

SCIENTISTS WILL STUDY THIS MARS LANDING ‘FOR DECADES TO COME’: NASA ENGINEER

The “How to Land on Mars” video, as described in an earlier press release, displayed up-close footage from the touchdown on Feb. 18, which were captured by cameras located underneath the rover.

NASA’s video shows the rover entering the Martian atmosphere with a deployed parachute. The velocity at the start of its descent was “450 meters per second at an altitude of about 12 kilometers from the surface of Mars,” according to a voice that narrated the clip.

The rover performed a “sky crane maneuver” around 20 meters off the planet’s surface before it finally touched down.

“[We’re] ready to begin seeking the signs of past life,” the video’s narrator concludes. 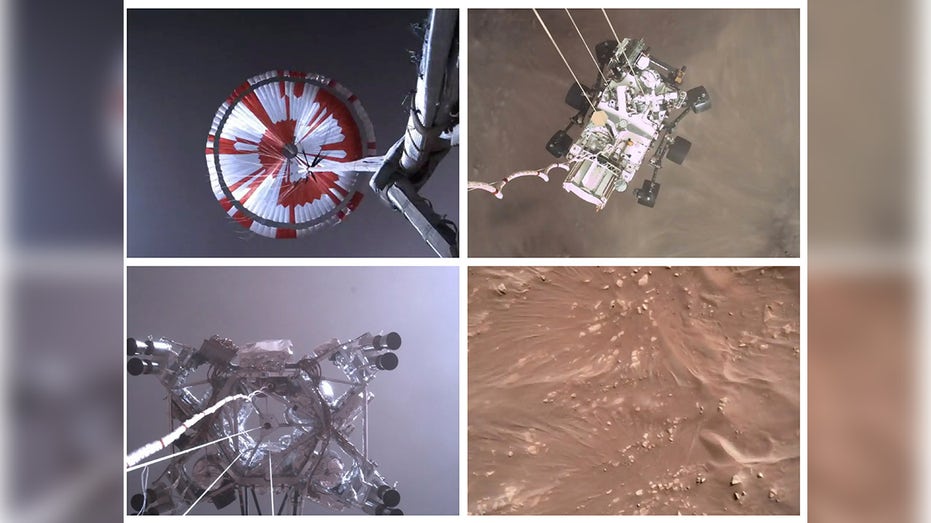 These four screenshots taken from the NASA’s Perseverance Mars Rover video that was shared to Twitter shows the rover landing on the Red Planet on Thursday, Feb. 18, 2021. (NASA)

The Perseverance rover was built with 23 cameras that have advanced capabilities for zooming and color.

A panoramic view of the Red Planet was created from 20,000 snapped images, according to NASA.

NASA'S PERSEVERANCE ROVER STREAKS TOWARD A LANDING ON MARS 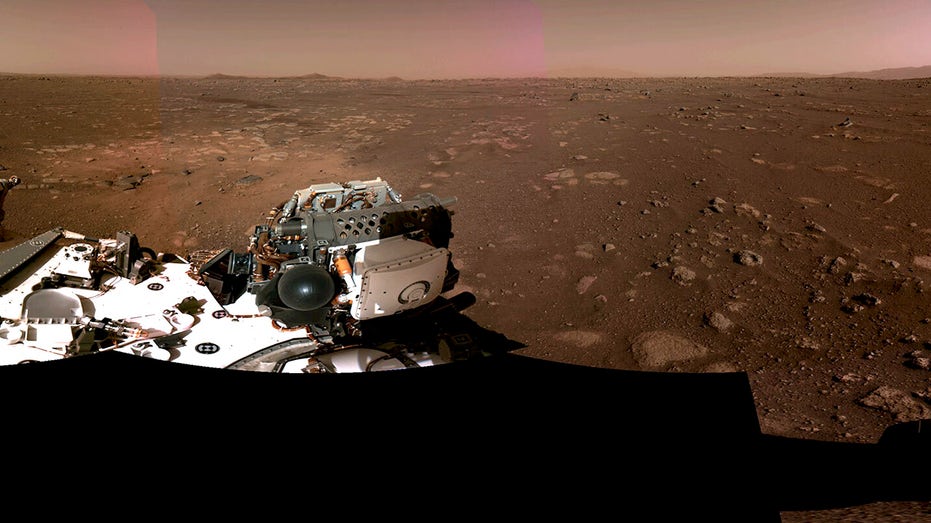 NASA’s composite image produced from photos captured on Feb. 20, 2021, shows the the Perseverance rover on the surface of Mars. Two days after its historic landing. (NASA/JPL-Caltech via AP)

“Perseverance is just getting started, and already has provided some of the most iconic visuals in space exploration history. It reinforces the remarkable level of engineering and precision that is required to build and fly a vehicle to the Red Planet,” said acting NASA Administrator Steve Jurczyk, in a statement shared on Monday.

The key objective of this space mission is to collect data and material from Mars that can prove or disprove “signs of ancient microbial life.”

NASA went on to tweet out a link Monday that directs people to audio clips captured from the rover’s microphone on Feb. 20.

“In the first set, sounds from the rover itself dominate. In the second set, the sound was filtered to make sounds from Mars more audible. You can hear a little wind in the second set,” NASA wrote in the description of its Soundcloud upload. “This is the first time a Mars rover has been equipped with a microphone.”