NASA teams up with Tide to test how astronauts can wash their dirty laundry in space – with plans for celestial detergent, stain remover pens and even a moon based washer/dryer

Tide is helping astronauts clean their dirty clothes while aboard the International Space Station (ISS) with a space approved laundry detergent.

The Cincinnati, Ohio-based company signed a Space Act Agreement with NASA, allowing it to send a pair of Tide detergent and stain removal experiments to the space station later this year and next.

The cargo will included a fully degradable detergent, Tide To Go Wipes and Tide To Go Pens.

Tide’s parent company, Procter & Gamble, is also developing a washer-dryer combo that could operate on the moon or even Mars, using minimal amounts of water and detergent. 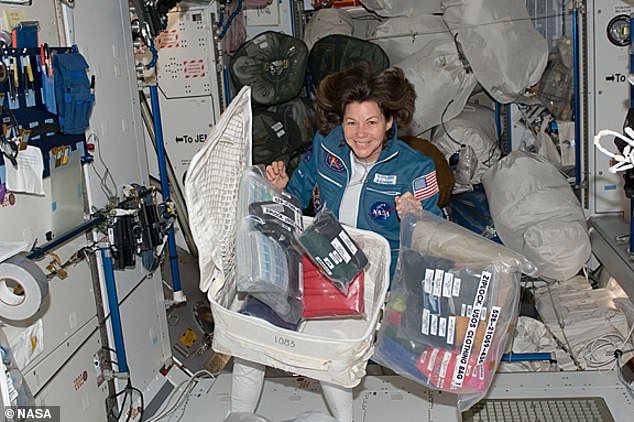 Tide and NASA hope to solve the issue of astronauts having to throw tons of clothes away every year, which are then placed in the trash and burned in the atmosphere.

Without a way to do laundry, about 150 pounds of clothing per crew member head to the ISS and that amount could triple for spacefaring heroes who will one day travel to Mars.

The space detergent is specifically designed to solve malodor, cleanliness and stain removal problems for washable items used during deep space missions, while being suitable for use in a closed-loop water system.

Also launching to the ISS will be the ‘Mission PGTide’ experiment, which will undergo testing by crew members to see stability of cleaning ingredients under microgravity conditions and exposure to the radiation levels experienced in space. 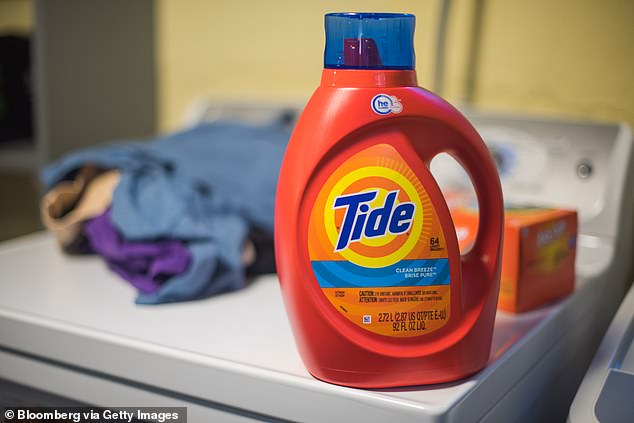 The cargo will included a fully degradable detergent, Tide To Go Wipes and Tide To Go Pens (stock) 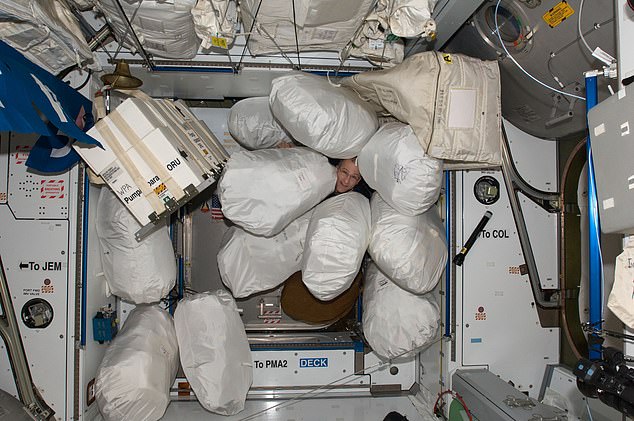 Tide and NASA hope to solve the issue of astronauts having throw tons of clothes away every year, which are placed in the trash and burned in the atmosphere

In addition, the stain removal ingredients and performance will be tested onboard the ISS through experiments with Tide To Go Wipes and Tide To Go Pens.

‘The ISS National Lab is excited to work with the P&G team once again as they push the limits of their research and development onboard the orbiting laboratory,’ Dr. Michael Roberts, Acting Chief Scientist for the ISS National Lab, told AP in an interview.

‘Through private-sector utilization of the space station, companies like P&G can conduct investigations in ways not possible on Earth to develop new consumer products, enhance existing products, and better understand processes that further business models both on the ground and in low Earth orbit.

‘We look forward to this first investigation of Tide in Space and hope that many more will soon follow.’

In addition to testing onboard the ISS National Lab, NASA and Tide researchers may study how an innovative combined washing and drying unit utilizing the special-formulated detergent could be integrated into planetary habitats that may be used for the Artemis Moon and Mars missions under low-gravity surface conditions.

There are also a unique set of challenges that present themselves for a crewed Mars mission.

Future missions to and from Mars will likely span multiple years, and these long-duration flights will require laundry solutions designed for extreme space-based environments and varying gravity conditions. 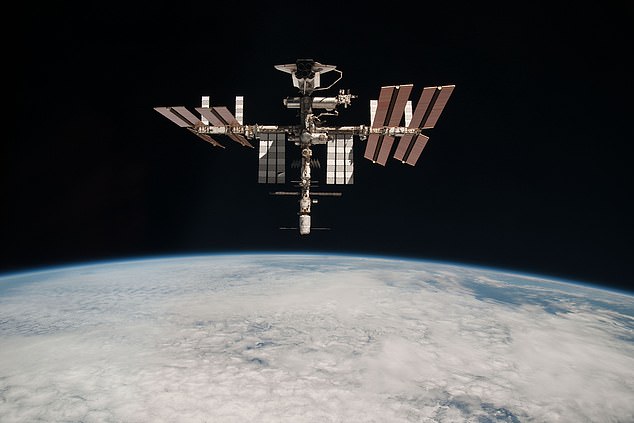 Pictured is the International Space Station as it orbits Earth

‘This partnership was created to rethink cleaning solutions – forcing us to rethink innovations for resource-constrained and challenging environments like the ISS, deep space and even the future of our home planet,’ said Aga Orlik, Senior Vice President, P&G North America Fabric Care.

‘We are eager to apply our learnings from our partnerships with NASA and the ISS National Lab to Tide on Earth, developing a low-resource-use laundry solution for everyday use while meeting consumer demand for more sustainable products.’

One of the issues Tide hopes to combat is cleaning the clothes astronauts workout in. 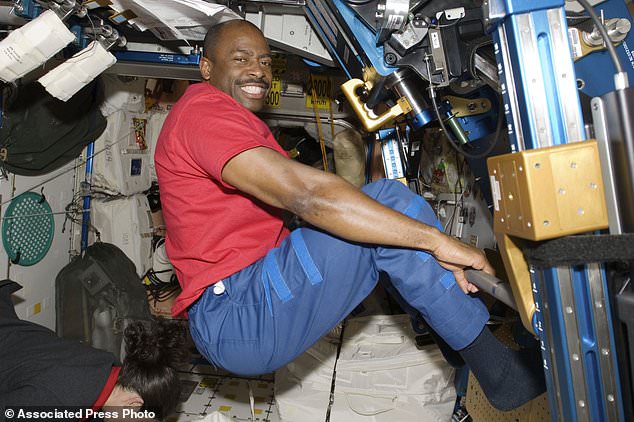 One of the issues Tide hopes to combat is cleaning the clothes astronauts workout in. Space station astronauts exercise two hours every day to counter the muscle- and bone-withering effects of weightlessness, quickly leaving their workout clothes sweaty, smelly and stiff    Pictured is astronaut Leland Melvin in 2009

Their T-shirts, shorts and socks end up so foul that they run through a pair every week, according to Leland Melvin, a former NASA astronaut and NFL player.

‘After that, they’re deemed toxic,’ said Melvin, who’s serving as a spokesman for the project. ‘They like have a life of their own. They´re so stiff from all that sweat.’

While NASA and the other space station partners have looked into special antimicrobial clothes to prolong wear, it’s not a long-term solution.

In its initial experiment, P&G will send up detergent custom-made for space in December so scientists can see how the enzymes and other ingredients react to six months of weightlessness. Then next May, stain-removal pens and wipes will be delivered for testing by astronauts.

At the same time, P&G is developing a washer-dryer combo that could operate on the moon or even Mars, using minimal amounts of water and detergent. Such a machine could also prove useful in arid regions here on Earth.

One of the many design challenges: The laundry water would need to be reclaimed for drinking and cooking, just like urine and sweat are currently recycled aboard the space station.

‘The best solutions come from the most diverse teams,’ Melvin said, ‘and how more diverse can you be than Tide and NASA?’