Would YOU give this to your four-year-old? Mum shocks with a very healthy ‘grown-up’ lunchbox for her daughter – but insists it’s all eaten

An Australian mother has shared a snap of her four-year-old daughter’s school lunchbox, after she previously drew criticism for its very grown-up contents.

The doting parent, from Perth in Western Australia, excitedly shared her little girl’s gourmet lunch on Facebook on Tuesday, which comes complete with a homemade oat pancake, avocado and seaweed crackers.

‘Today, my four year old went to school with a homemade oat pancake with beacon and Parmesan, a hard boiled egg, some broad beans, a half of avocado, bits of feta cheese, a couple of seaweed cracker, plenty of watermelon and a few dried apricots,’ the mum called Karolina wrote alongside a snap of her daughter’s bento box. 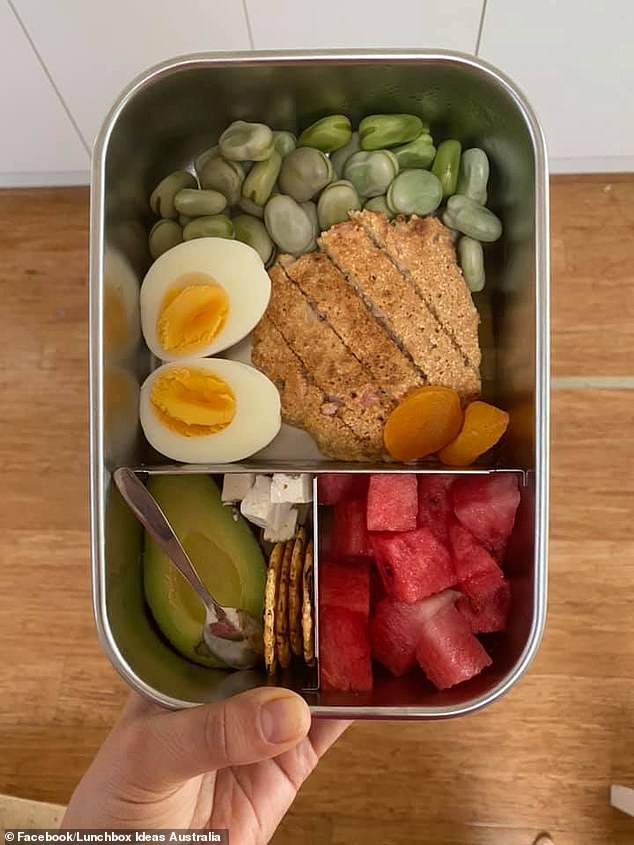 An Australian mother has shared a snap of her four-year-old daughter’s school lunchbox, after she previously drew criticism for its very grown-up contents (her daughter’s lunch pictured)

She added: ‘I would never expect that a lunchbox could create that much controversy, criticism and conversation. I’m blown away and weirdly motivated to keep posting my bentos’.

Is this lunchbox too gourmet for a four-year-old?

Is this lunchbox too gourmet for a four-year-old?

Karolina previously drew criticism when she shared another snap of her daughter’s elaborate lunchbox, which contained pistachio nuts and snow peas.

Many were quick to say that their four-year-olds only eat ‘chicken nuggets’:

‘Just wait until you have teenagers and send them to school with a lunchbox like this. How embarrassing mum,’ one woman posted.

Another person wanted to know how a four-year-old is able to shell their own pistachios, with minimal upper body strength.

What does the ideal school lunchbox contain?

This time, however, many parents were quick to congratulate Karolina on what she packed for her little goals:

‘That looks great! I wish my son would eat that and I wish someone would pack me a lunch like that! Well done mumma,’ another added. 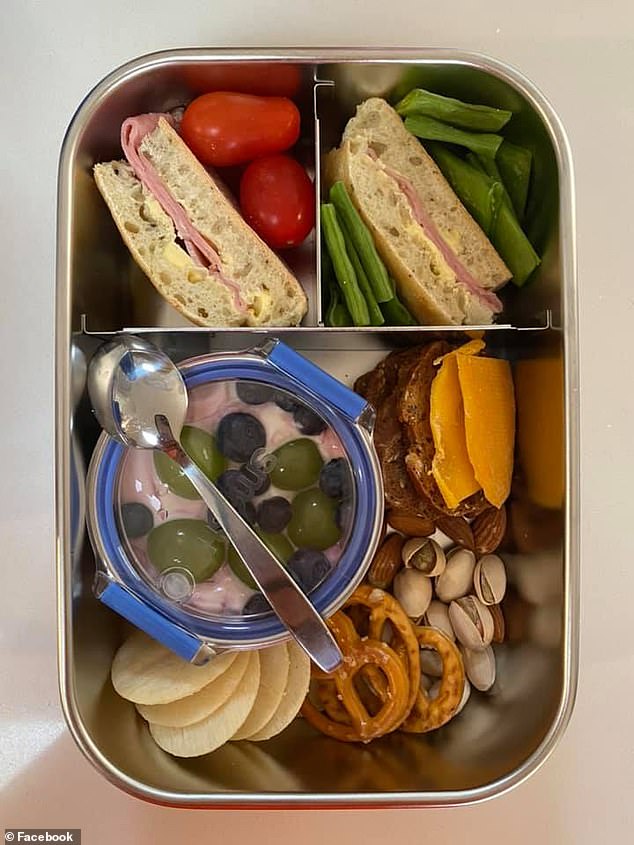 According to the Australian government children aged between four and eight years old should be eating 1½ serves of fruit, 4½ serves of vegetables, four serves of grains, 1½ serves of meat/poultry and 1½ to two serves of dairy every day.

One ideal lunch could consist of half a turkey and cheese sandwich on whole wheat bread, hummus and vegetable sticks, a small box of raisins and half a cup of sliced strawberries.

Many Australian schools don’t allow nuts on the premises because of allergies but it’s up to the individual educators to make that decision. 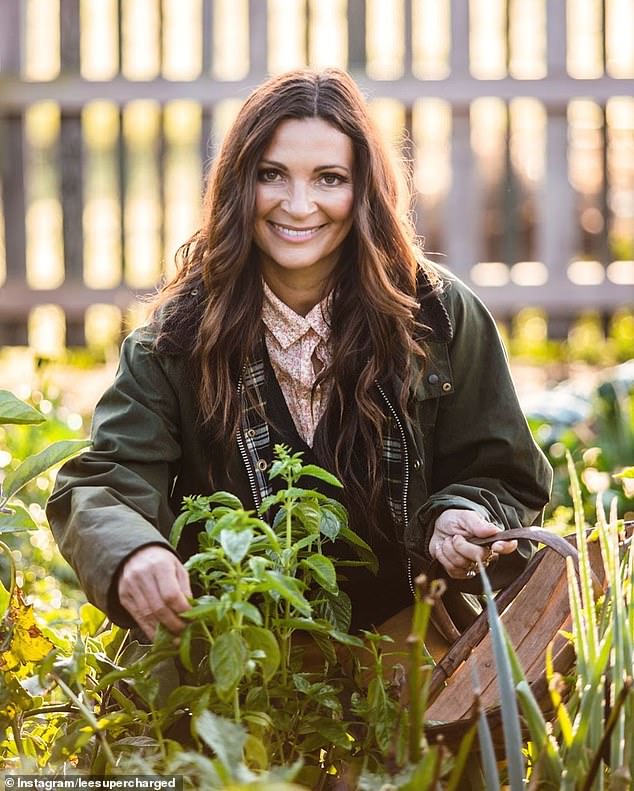 Nutritionist Lee Holmes (pictured) has previously spoken about the ‘perfect’ lunchbox and how it should be filled with plenty of different, natural colours, have separated dry and wet ingredients and plenty of fruits, vegetables and protein

Nutritionist Lee Holmes has previously spoken about the ‘perfect’ lunchbox and how it should be filled with plenty of different, natural colours, have separated dry and wet ingredients and plenty of fruits, vegetables and protein.

‘A nutritionally-balanced lunchbox should contain an array of food from various food groups,’ Lee told FEMAIL.

She recommends plant-based treats like fresh juices and smoothies, chopped-up vegetables and hummus and seeds, as well as blueberries and strawberries over jelly and rich jams.

They will need some form of carbohydrates and healthy fats to ensure they stay full through the long day.

Things like sunflower seeds, avocado and pumpkin seeds can increase satiety, help to stabilise kids’ moods and boost their concentration.