An Australian mother has shared the genius meal she makes for her toddler to ensure he eats all his vegetables – and all you need to do is mix them with foods he will like.

The woman, who had been struggling to feed her fussy son on Sunday night, decided to chop up his veggies – including carrot, broccoli and spinach – before combining them with mashed potato, sweet potato, breadcrumbs and an egg.

‘I made veggie patties in my 5.3 litre air fryer from Kmart. I just put them on 180 degrees for 15 minutes and he smashed them down tonight,’ the woman said on Facebook.

‘My son will smash down a curry, stew, anything really when it’s mixed, but try and give him plain veggies and he won’t touch them.’ 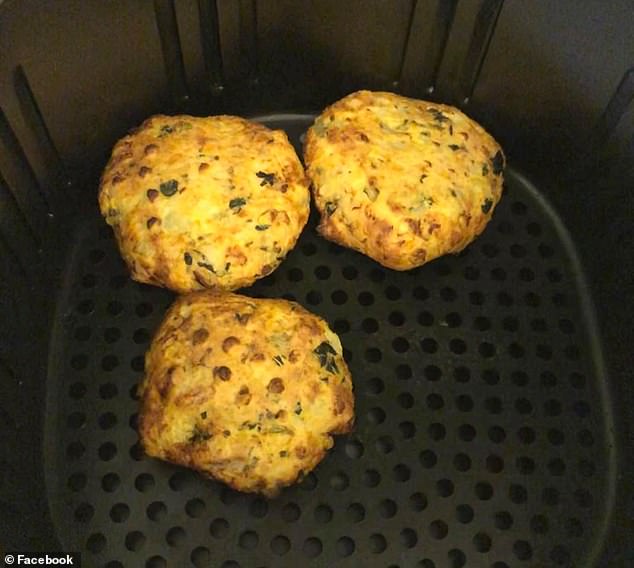 Other parents were excited to try the mixture for themselves, saying that it might solve the vegetable woes they’re having with their adult children too.

‘Kids are FUNNY. My boys wouldn’t eat rissoles so I told them they were space balls… GONE,’ said one mother.

‘I’m definitely going to try these, they look delicious,’ said another.

A third added: ‘Who doesn’t love a good veggie fritter’.

Findings from a Deakin University study in 2017 showed children will eat vegetables without too much fuss, but it all comes down to the way they are served.

Researchers at the Centre for Advanced Sensory Science tested their theory on a control-group of 72 primary-school aged kids.

Each child taking part was given a 500g box of peeled carrots on one day, and the same amount of diced carrots on the next, with 10 minutes to eat as much of the veggie as they liked.

Of the two trials carrots served whole rather than diced proved to be the more popular choice, with kids choosing to eat the vegetable for longer, said Dr Gie Liem, a senior lecturer from Deakin University.

‘On average this meant they ate about eight to 10 per cent more of the whole vegetable, by weight, then when given diced carrots to try.

‘This is easier for parents too, as they can just put a whole carrot in the child’s lunchbox.’ 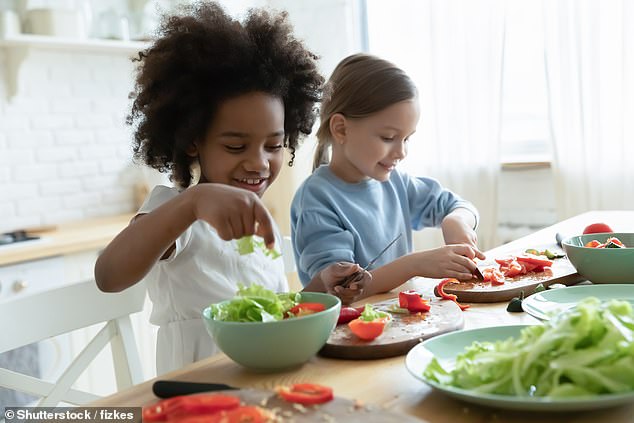 The study backs up previous research that suggests the more you have on your plate, the more you want to eat (stock image)

The study backs up previous research that suggests the more you have on your plate, the more you want to eat.

‘Potentially these results can be explained by unit-bias, in which a given unit creates a consumption norm, which tells consumers how much they should eat.

‘In this case, children consumed one whole carrot (one unit) when presented with whole carrots, suggesting that once children started eating a whole carrot they were likely to finish it,’ Dr Liem said.

Not only can this ‘hack’ be used to get children to eat more vegetables, Dr Liem said the reverse can be applied to unhealthy foods too.