For six days, the Indonesians knew something big was coming from Australia.

“The Foreign Minister of Australia mentioned there will be an announcement, but at the time we didn’t receive any information [about] what sort of announcement because I assume at that time it was not final yet,” Retno said this week. 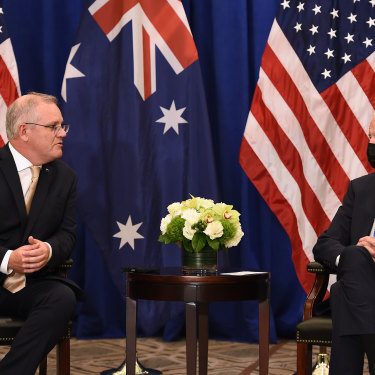 The following Wednesday, Payne messaged Retno hours before the announcement of the AUKUS defence pact between Australia, the United States and Britain to share military technology and help Canberra build a fleet of nuclear-powered submarines in the face of Beijing’s growing aggression and military might.

The two ministers then talked over the phone, and Retno told Payne she hoped Australia would uphold its obligations to the Treaty on the Non-Proliferation of Nuclear Weapons and its commitment to “contribute to the peace and stability of the region”.

“I mentioned to my good friend Marise that Indonesia really hopes Australia will fulfil that commitment,” Retno said.

Since then, Malaysia has gone even further in expressing its reservations about the agreement, saying this week it will now consult China on how to react to the development.

And French President Emmanuel Macron is continuing to snub Australian Prime Minister Scott Morrison’s offer of a phone call after he was infuriated by Australia’s decision to dump a $90 billion submarine agreement with Paris and instead negotiate the AUKUS deal behind his back.

All of this contrasts sharply with Morrison’s week-long trip to New York and Washington. His interactions with the Americans have been glowing: not just with President Joe Biden, but also Democratic House Speaker Nancy Pelosi and Republican Senate leader Mitch McConnell. The first physical leaders meeting of the “Quad” grouping – Australia, the US, Japan and India – was expected to have a similar air of friendliness to it on Friday.

A week after the announcement of AUKUS, Australia finds itself at the forefront of world politics in a way it has never before been. Frozen out in Europe, feted in Washington, alarming some of its south-east Asian neighbours, and backed in by the Quad, these are unfamiliar times for little old Australia. And questions are being asked about whether we’ve got the right diplomatic skills and resources to perform on the world stage.

The ‘Anglosphere’ is back

When announcing AUKUS, Morrison described it as a “forever partnership”, while British Prime Minister Boris Johnson said it was an agreement among “kindred” nations. This led to a perception it was an alliance, when it is not. AUKUS is an agreement to share military technology including nuclear submarine capability, long-range missiles, cyber, artificial intelligence, quantum technologies and undersea drones.

Former senior diplomat and intelligence official Allan Gyngell, now national president of the Australian Institute of International Affairs, says Australia sent a problematic message to the region that the “Anglosphere is back”.

“It reinforces perspectives that Australia is not really a legitimate part of the region, but a junior partner in a three-way partnership between English-speaking countries,” Gyngell says. “However much we say Asia is important to us, it is clear that home is where the heart is and the heart is with our two great and powerful friends.”

Some south-east Asian countries were also said to be uneasy with the focus on “values” and “democracy”. Many countries in the region are anxious about the growing assertiveness of China but they aren’t liberal democracies. They don’t see a nexus between liberal democratic values and the need to counterbalance a stronger, more aggressive China. 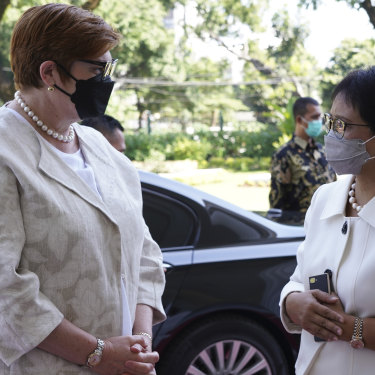 More to talk about: Australian Foreign Minister Marise Payne, left, with her Indonesian counterpart Retno Marsudi during their meeting in Jakarta on September 9. Credit:AP

The reaction of the region to the substance of the agreement – Australia developing a fleet of nuclear-powered submarines – has been wildly mixed, reflective of the region’s diversity.

While Indonesia and Malaysia have expressed concerns, China predictably blasted the three countries for an “extremely irresponsible” move that “gravely undermines regional peace and stability”.

Singapore has said it is entirely comfortable with the announcement and has told Canberra privately it would host Australian nuclear-powered submarines.

The Philippines, a long-time ally of the US, also expressed support, with its Foreign Secretary, Teodoro Locsin, saying the deal “should restore and keep balance rather than destabilise it”.

Vietnam, which is famously noncommittal on the public stage but has been involved in multiple territorial disputes with Beijing in the South China Sea, released a statement that said the development of nuclear energy “must serve peaceful purposes”.

Australian officials were most concerned with Malaysian Defence Minister Hishammuddin Hussein’s statement that he would visit Beijing soon to “get the views of their leadership, particularly their defence, on AUKUS and what could be their action”.

As the closest south-east Asian nation to Australia and a growing power in the region, Indonesia is thought to have the most substantial concerns about Canberra getting a fleet of nuclear-powered submarines.

After the announcement, Jakarta insisted the Association of Southeast Asian Nations (ASEAN) release a joint statement on the defence pact, which was to reflect some of the concerns in the Malaysian and Indonesian remarks.

Retno and Payne met again in New York on Wednesday, where nuclear-powered submarines topped the agenda. Curiously, the ASEAN statement has now been held up and it is unclear whether it will ever be released.

The Australian government is acutely aware of the sensitivities throughout south-east Asia and will send senior officials to visit multiple countries in the coming months. Senior Defence officials have already been briefing their counterparts, while there have been ambassador-to-ambassador meetings throughout the region.

With the emergence of new formations such as the Quad and AUKUS, south-east Asian nations have been concerned about the power of ASEAN weakening. Australian diplomats have been insisting the nation is committed to “ASEAN centrality” in both private meetings and public statements.

Gyngell says Australia needs to be careful not to dismiss the concerns of south-east Asian nations, adding “we always look to vindication of our own positions and prejudices”.

Further afield, the Morrison government is most concerned about the repercussions in Europe, where there is visceral anger stemming from the AUKUS agreement being negotiated in secret all year even though the US and Britain are key members of NATO.

On the sidelines of the United Nations General Assembly, European Council President Charles Michel reminded Morrison of the need for “transparency and loyalty” during an awkward encounter, while German Foreign Minister Heiko Maas described the agreement as “unsettling”.

While the EU contemplates whether to scuttle talks over a free trade deal with Australia, Canberra can also expect a Europe that is less forgiving over its action on climate change.

Lowy Institute executive director Michael Fullilove says he believes AUKUS was the right decision, but he is uncomfortable with the way it has been managed, adding the “Anglosphere is necessary for Australia, but far from sufficient”.

“This is a hard and humiliating blow for France. We were always going to pay a price for our decision. So be it. But because of the way we communicated our decision, we have increased that price,” Fullilove says.

“Australia will now come under increased pressure from the French and the Europeans on climate policy. We are very exposed. We are even at odds with our two great Anglospheric friends, the US and the UK, with whom we have just doubled down on security matters.”

As the Morrison government mulls over whether to commit to an emissions target of net zero by 2050, Fullilove says he doesn’t understand why some people argue Australia should pull its weight on security, but not on climate change action.

“Some on the right believe we should lead on security and free-ride on climate. Some on the left believe we should lead on climate and free-ride on security. Both are good fights – and I’m in favour of fighting both of them,” he says. “Australia can’t stop global warming alone and neither can we ensure stability in the Indo-Pacific. But in both cases, we can make a meaningful contribution. And a sure route to failure is if countries like Australia stand down rather than stand up.”

Do more, not less

Whenever Australia sticks its head out on the international stage and receives blowback, there is an uncomfortable tendency to criticise the ambition of the government of the day.

The most glaring example was when, as opposition leader, Tony Abbott campaigned against the then Labor government’s push for a seat on the UN Security Council. But it has also occasionally been on display when some members of Labor have attacked the Turnbull and Morrison governments in leading push-backs against China. 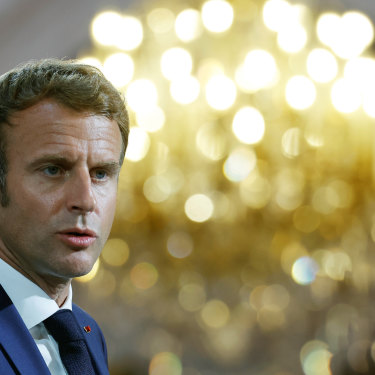 Not enough focus has been on whether Australia is adequately investing in all the instruments of statecraft, most notably diplomacy and foreign aid, to support its strategic intentions.

Between 2013 and 2020, Australia’s total diplomatic and development budgets fell from 1.5 per cent of the federal budget to 1.3 per cent. The government gutted parts of the foreign aid budget in south-east Asia to pay for its “step-up” in the Pacific.

Importantly, some of these trends began to be reversed in this year’s budget, which handed the Department of Foreign Affairs and Trade a modest funding boost of $198 million over four years.

With the tectonic plates of the world shifting towards us, Fullilove says the nation needs a “balanced portfolio of investments – diplomacy and aid as well as defence, new relationships as well as old relationships”.

“The tyranny of distance has been replaced with the predicament of proximity. We are now proximate to the world’s largest powers and its biggest problems. The quality of our statecraft needs to match that,” Fullilove says.