The workplace tribunal has announced plans to give unpaid "pandemic leave" and more annual leave at half pay to millions of workers.

The Fair Work Commission said on Wednesday it had found gaps in current laws that meant some employees did not have a legal entitlement to self-isolate for two weeks if their employers did not grant permission. 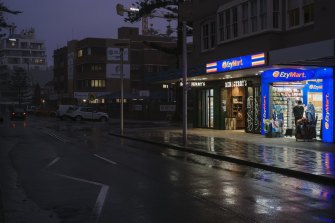 The coronavirus has brought much of the economy to a grinding halt, prompting changes to the country’s workplace rules.Credit:James Brickwood

"If the employer does not consent the employee may be placed in the invidious position of either contravening public health directions or guidelines, or placing their employment in jeopardy," the commission said in a statement.

In particular, the commission said it was concerned for employees who felt physically fine, but had to isolate because they had come into contact with a confirmed case of COVID-19.

To fix the problem, it has proposed changing 103 of the 122 industrial awards, covering workers in industries from aviation to meat to fast food to journalism. Awards directly cover about 20 per cent of all workers, with many more drawing their pay and conditions from them.

The proposal includes two weeks of unpaid pandemic leave accessible to all workers, whether full-time, part-time or casual. Only people required to isolate by the government or on medical advice would be able to access it.

The commission has also proposed allowing businesses to offer their workers twice their annual leave at half the regular rate of pay.

Similar provisions have already been added to major industry awards, including one covering more than a million administrative workers, through negotiations between employer and industry bodies to give bosses an alternative to standing workers down without pay.

Employers would have to ask workers if they wanted to take leave at half pay under the scheme, rather than directing people to take leave.

In a separate statement, Mr Porter signalled he endorsed plans for the commission to take the unprecedented step of postponing its minimum wage review to give workers and employers a clearer view of how badly the economy has been affected by the coronavirus.

The Australian Chamber of Commerce and Industry's workplace relations director Scott Barklamb said the half pay leave model was an option the chamber had championed.

"It doesn't work for everybody but we support it being available by agreement between employees and employers to use as an option in response to the crisis," Mr Barklamb said.

And he said the chamber would "look carefully" at the commission's unpaid leave model.

The Australian Council of Trade Unions said it was still assessing the commission's proposal. But unions have campaigned for paid coronavirus leave with some success.

Unions and business groups have been invited to give feedback on the proposed changes, with a hearing scheduled for next Wednesday and a final decision after that.

Some awards, covering workers in the construction, mining and the maritime industry, have been excluded from the first batch of awards to be changed.