Michelle Money thanked fans for “supporting” her and her daughter, Brielle, one day after the teen was admitted to intensive care following a skateboarding accident.

“Thank you guys so much, we feel so overwhelmed and supported and loved,” Money, 39, said in a video via Instagram on Tuesday, March 31, sitting beside her boyfriend Mike Weir. “We know all of the prayers you guys have sent out are being heard.”

The former Bachelor contestant revealed that her 15-year-old daughter, who landed in the ICU on Monday, March 30, after her fracturing her skull in the accident, is now in “stable condition.”

The former reality TV star, who appeared on season 15 of The Bachelor in 2011 and competed for Brad Womack‘s heart, noted that she went home on Monday night, after her daughter safely made it out of surgery to drain fluid from her brain, and successfully got 12 hours of sleep.

Thank you so much for the thoughts, prayers, comments, and support. It means the world to us. Brielle had a successful surgery and the numbers are looking good so far. There will definitely be rough days ahead but we’re feeling grateful today. Thank you! 🙏 #prayforbrie

“[I] just wanted to thank you guys so much for supporting and loving me and our family, and Brielle especially,” the Bachelor Pad alum said in the clip.

Weir spoke to the couple’s followers in the video, again thanking everyone for the “well wishes.”

“It means the world to us,” he said in the clip that was shared on his Instagram account on Tuesday. 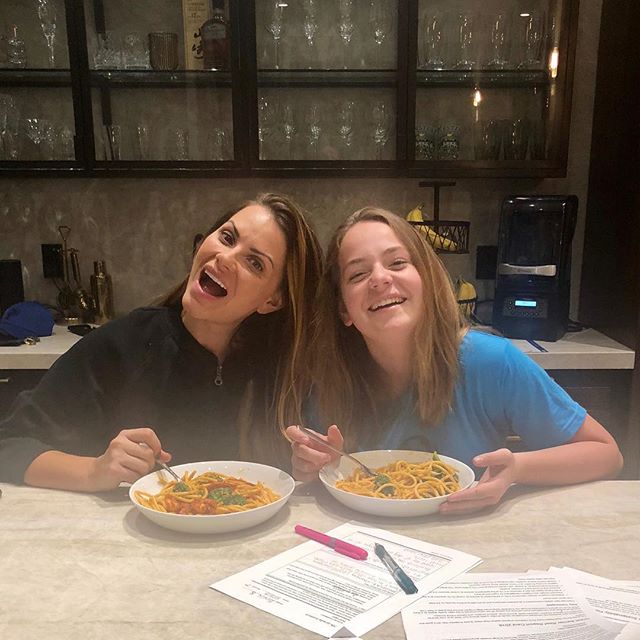 “Thank you so much for the thoughts, prayers, comments, and support,” Weir captioned the update video via social media. “It means the world to us. Brielle had a successful surgery and the numbers are looking good so far. There will definitely be rough days ahead but we’re feeling grateful today. Thank you! 🙏 #prayforbrie.”

Money shared two videos of her daughter on Monday via her Instagram account, taken hours before the teen ended up in the hospital.

“We have so much fun together,” Money wrote at the time, alongside the videos that showed the two practicing driving in a parking lot. “She is my favorite human! I can’t wait to hear her laugh again!”

At the time, Money told her followers that it would take two days to “let the brain swell up and monitor until taking her off of sedation to see what we find.”

Hours earlier, the star tearfully explained that she had been in the hospital alone, following her daughter’s admittance, due to the coronavirus quarantine regulations.

Brielle’s father, Ryan Money, had to wait in the parking lot until she switched places with him.

“Keep her in your prayers,” Michelle said in the clip from the hospital. “This is my worst nightmare. It is just heart-wrenching.”

Michelle has been updating her fans and Bachelor Nation about her daughter’s health battle since sharing a picture of the teen inside the ICU on life support early on Monday.

“Brielle was in terrible skateboarding accident,” she first explained. “She suffered a serious brain trauma and a fractured skull.”

Upon arrival at the hospital, Brielle was put in a medically induced coma to “relieve pressure in her brain” and later had surgery to drain the fluid buildup.