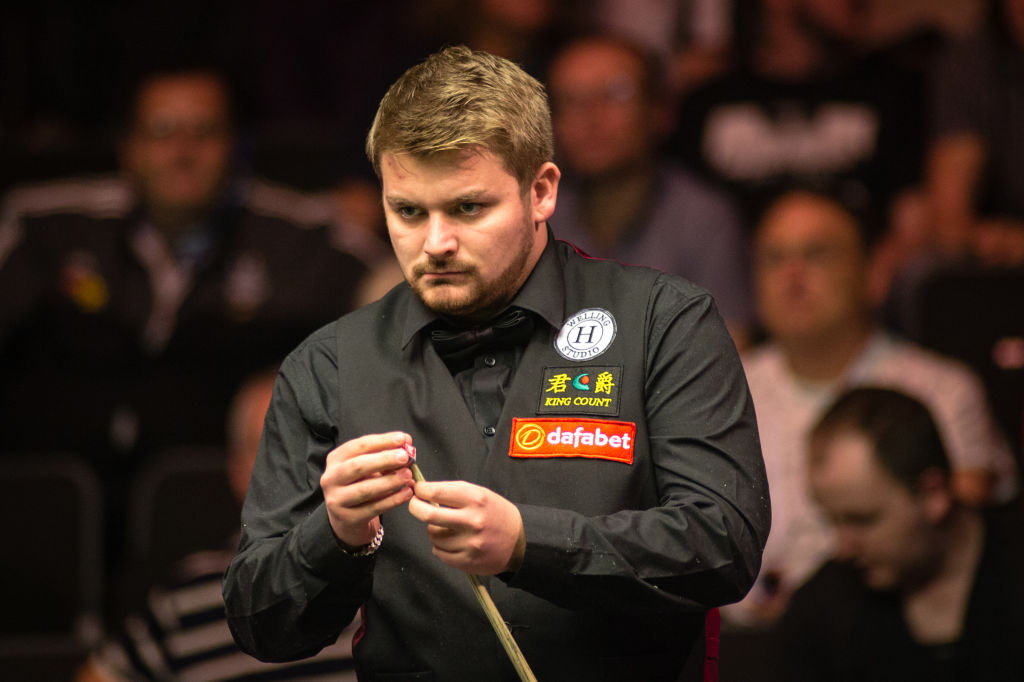 Michael White is heading to Q School this week confident that his game is better than ever and he is ready to, not just regain his place on the main tour, but make a fresh assault on the upper echelons of snooker.

The 29-year-old has had a rollercoaster career so far, showing immense promise as a junior and amateur before turning professional at just 15.

A World Championship quarter-final on debut in 2013 was followed by ranking titles at the Indian Open and Paul Hunter Classic, with the Welshman into the world’s top 16 in 2015.

Then things changed as White’s form deserted him in the 2018/19 season to the extent that he fell off the tour last year and was forced to compete as an amateur over the last campaign.

It was a surprise to snooker fans to see one of the brightest talents in the game seemingly ebb away but the man known as ‘Lightning’ has revamped his lifestyle off the table and is ready to bounce back in style.

He is in a better place mentally than he has been for years and believes his game is in the best shape it has ever been, which is a frightening prospect.

‘Better than ever, definitely,’ White told Metro.co.uk of his game at the moment. ‘I’m looking forward to Q School. I strongly believe I can get back into the top 16.

‘I feel like I’m stronger mentally after going through the things I’ve been through. I was quite young getting into the top 16 – 23, 24 – so I’m a lot more experienced now, not just snooker-wise but in the way I conduct myself. I know more things that work for me and against me, I’m more wised-up on that side.’

White has been looking for answers on why his game slid away from the peaks he achieved early in his career, when he was viewed as a future world champion at a very young age.

‘I definitely had a lot of pressure on me more than other players would have done,’ he said. ‘The only other player I think had as much pressure as I did at a young age was Judd [Trump].

‘I won the world amateur title at 14 so everyone’s saying I’m going to be world champion by 20, but it’s never going to work out that way, the way the game is. You’re a big fish in a small pond. The standard now is better than it’s ever been, anyone can beat anyone.

‘I sat myself down. Jack [Lisowski] and Kyren [Wilson] are the same age as me, pretty much. They’re in the top 16 and I was definitely as good as them growing up, if not having the edge on them. I sat myself down and thought, “Why are they where they are and I am where I am?”

‘I was going through it: break-building, safety, bang, bang, bang, and it was only one thing, lifestyle. Now that’s in good nick then there’s no reason I can’t get back to where I got to. If not further, but one step at a time.’

White’s major lifestyle change has been to cut out drinking, which he feels has been the main reason behind his slump in form over the last two years.

The Welsh star has spoken about struggling with depression in the past and he got into a downward spiral of hitting the booze to try and feel better, but that only made things worse.

There were some dark days for White over the last couple of years, but he has quit drinking and feels that his life, and his snooker, has turned around completely.

‘I’ve changed my whole lifestyle around basically, obviously from me going from top 16 to coming off the tour, there are reasons behind that,’ he explained.

‘I’ve stopped drinking completely. To be honest I had a bit of a problem with alcohol. It stemmed from a lot of things really, I put a snooker room in my house, which wasn’t a great idea. I wasn’t practicing for events, I was turning up, getting beat, going back and I was a bit depressed as well at the time. I was turning to drink, but I’m 11 weeks sober now.

‘It probably started about two years ago and, to be honest, I turned up to a lot of tournaments where I hadn’t practiced at all. My head wasn’t in a good place at all, I probably should have left snooker and sorted myself out properly. It crossed my mind, it got to the stage where my health was coming into it and my life, to be honest with you. I was drinking four or five days at a time, from morning to night.

‘The turning point for me was when I left my mother’s house four years ago, I went and bought my house on my own and I had so much time on my hands. Before you know it, it catches up with you. I’m looking back and I think: “There’s no wonder that I am where I am now.” But I didn’t see it at the time.

‘But I’ve only had two or three days off snooker since the World Championships, not drinking at all and I’m in a better place now than I ever have been. Q School this week and I’m looking at the bigger picture. I think my game’s in better nick now than it ever has been.’

White’s recovery off the table is an impressive one and his snooker is certain to feel the benefit as he is relishing practicing again and cannot wait to compete.

‘I’m just more disciplined now in everything I’m doing,’ he said. ‘I’m enjoying practice which I haven’t done for two or three years. I’m playing five hours and it seems like half an hour, I’m really enjoying it.

‘I’m playing really well at the moment. I’ve got a different outlook on snooker now, from where I’ve been at, being depressed, I’m looking at snooker like more of an escape or a relief. More like a hobby like it was when I was a kid, rather than, “God, I’ve got to win!”

‘I’ve got no reasons to go back there [to drinking]. When I look at any positives coming out of it, there aren’t any. In the end there was no enjoyment, it was self-medicating, I was escaping from life in general, having a drink and I’ve got nothing to escape from now so there’s no reason for it.

‘It never ends well for me, I can’t guarantee when I’d stop. Most people can go out and have two beers, I probably could do that, but I can’t guarantee I’d stop there. Then everything goes out the window: discipline, plans the next day, even the day after that. Then it multiplies, the anxiety, depression and I don’t want to go back down that road.

‘When I went a month of stopping completely, then I started to really see the bigger picture and I feel good about everything.’

Q School gets underway on Thursday 27 May with 14 tour cards up for grabs and White very confident of claiming one.