MASON JONES is the latest Welshman to be signed by the Ultimate Fighting Championship.

The undefeated Jones signed with the UFC last October after claiming Cage Warriors' welterweight title, a feat which saw him follow in the footsteps of Conor McGregor and become the promotion's second simultaneous two-division champion. 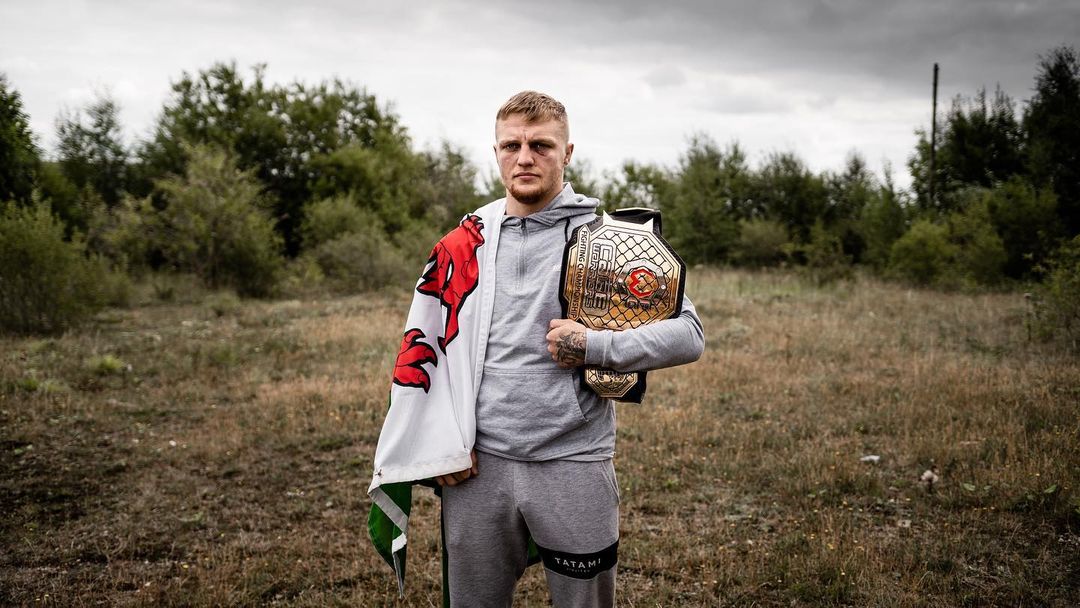 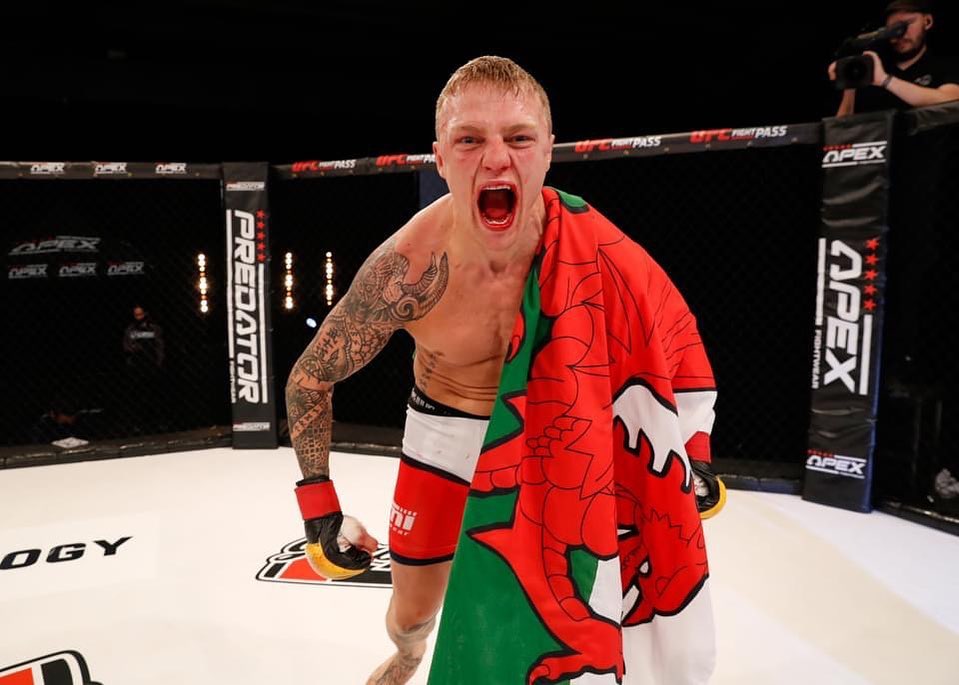 Jones, 10-0, has been matched up against UFC veteran Mike Davis in his debut, which will take place on Wednesday evening on the prelim portion of UFC Fight Island.

SunSport's Chisanga Malata caught up with The Dragon ahead of his octagon bow to recap the months following his signing and to preview his showdown with the dangerous Davis.

CHISANGA MALATA: I'm not going to say the journey is complete, but you're here, you're wearing the UFC hoodie. How does it feel now you're finally in the UFC?

MASON JONES: The way I see it is that I'm at the bottom of the mountain now. I finally got in at the bottom, and now I've just got to get to the top.

I've got to scramble up steep slopes and this is where the race starts getting hot. I've crossed the plains and I've got here now, but it's a long trip to the top.

Wearing the hoodie is cool, but I'm not here to pick up souvenirs and go home. I'm here to start a legacy for myself. That all starts by putting away Mike Davis on Wednesday 20th. 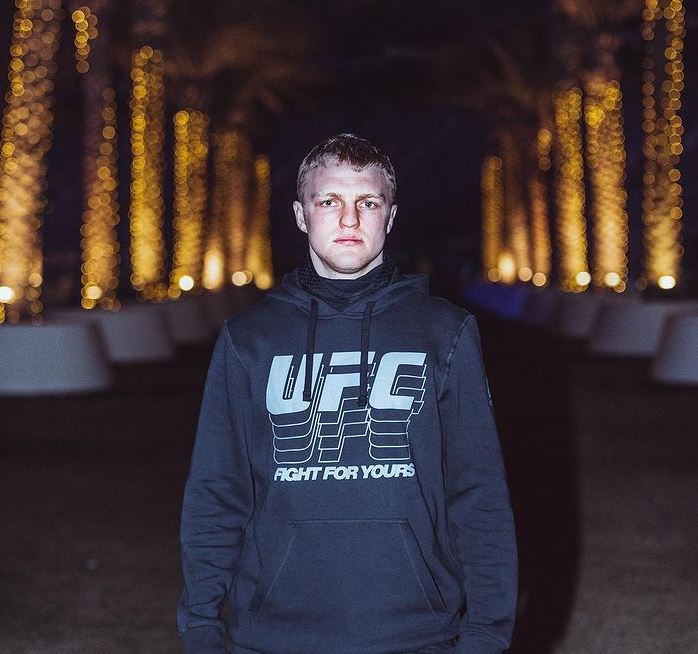 CM: I like the mentality that you have going into this. You're a former two-division champion of a very respected promotion and you've essentially put that part of your career behind you already.

MJ: I've spoken about it in previous interviews – I'm seeing it as if I'm an 0-0 fighter debuting in the UFC.

My previous record doesn't matter now. All that matters is my UFC record and getting wins in the column. And wins in proper order.

I'm going to go out there with a good game plan in mind. We've done hours of analysis on Mike. I know how I can beat him. I can beat him in multiple different ways.

All that is left to do is make weight, turn up and just put that performance in and show the world exactly what I can do. There's no nerves, there's no fear, there's nothing. There's just getting the job done.

I'm born and bred to fight. All the isolation, all the travel, staying in this hotel and this beautiful weather and this race track outside, I genuinely don't care. All we're here to do is to get the fight done. 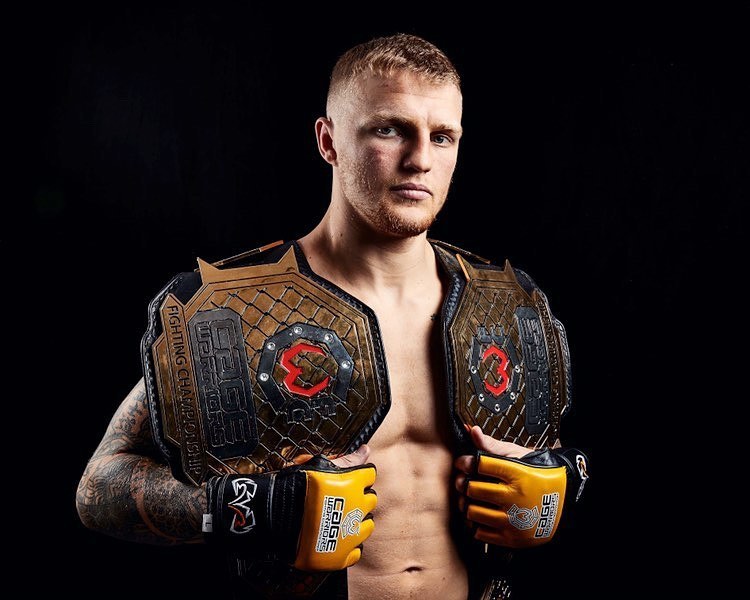 CM: Let's rewind to when you actually got informed that you were going to be joining the UFC. Can you describe that moment for me?

MJ: After I won the two titles, Graham Boylan asked me to do a media day and to do some filming for Apex and to bring the two belts.

It was exciting and I was overcome with emotion. It was a relief, more than anything. Like I said earlier, I've made it to the bottom of the mountain and now I can start making the climb.

I've done all this work for something I knew was inevitable. The UFC, for me, was always inevitable. But doing it is completely different to saying it.

So getting here, like I said, it's been a journey and something I've looked forward to. But it's just the start of the road. For me, the real test starts now.

Like you said, I've kind of done my college days. It's also about getting that work experience and showing the world what I can do.

There's no space for mistakes now. Before I've made mistakes and I've got away with. I've looked back at my performances and they're just not acceptable.

And now you won't see that. I'll make less mistakes. But when my opponent makes mistakes, I'm going to capitalise. 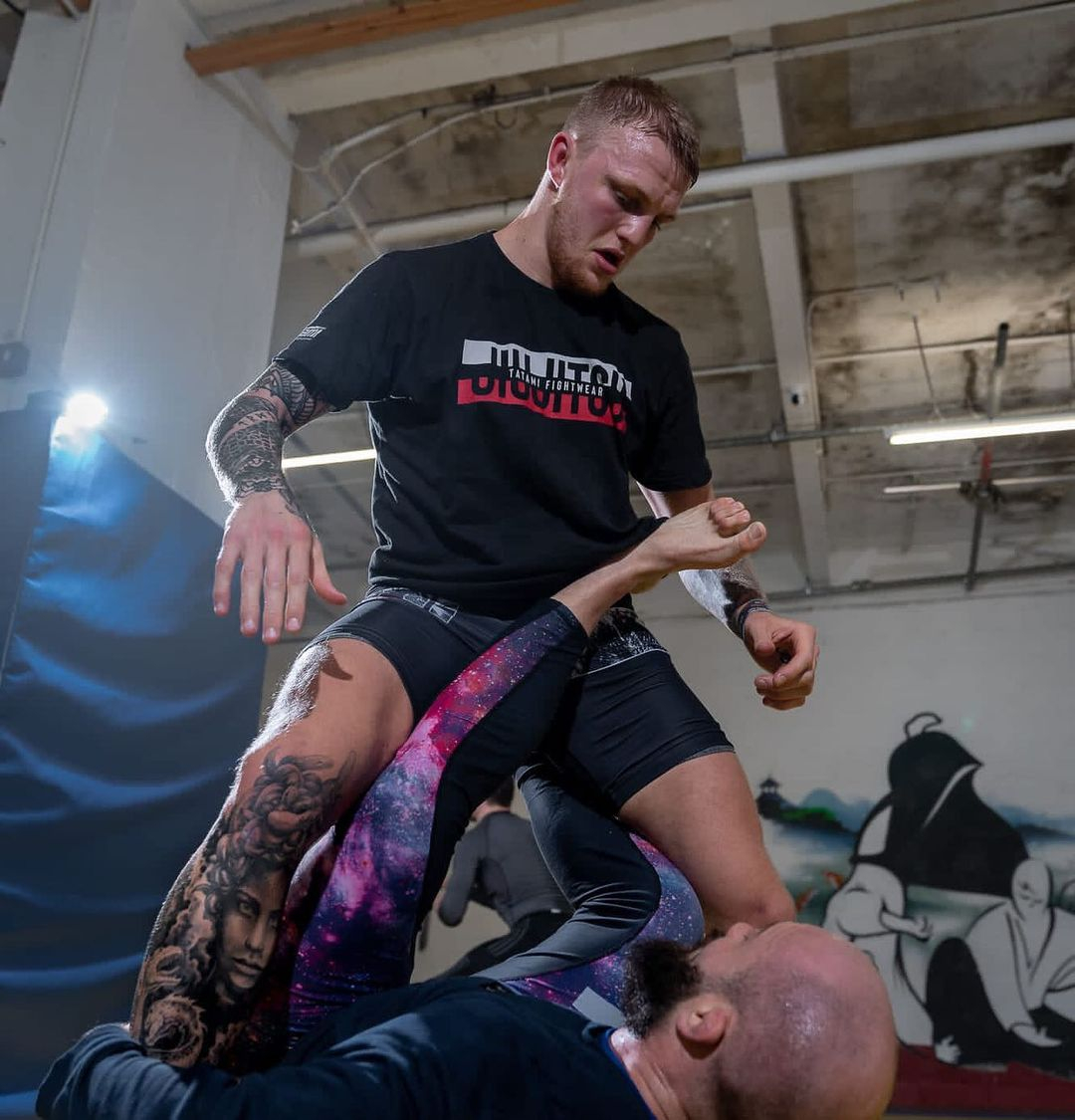 CM: Has life changed for you at all since you got the call? I know we're in the midst of a pandemic, but what were the initial first few days like after Graham told you that you were signing with the UFC? Was your phone just blowing up?

MJ: So after the Adam Proctor fight, I had a super amount of messages and my Instagram went through the roof.

I went from like seven odd thousand followers up to 10k and then after I got signed and that got announced I got bumped up again to like 11,000.

And then after the news [of my fight] got announced, I went up to 13,600. It's growing all the time. Social media is a massive way to show public interest.

The bigger the social media game, the bigger and better everything is. My sponsors have improved, I'm always looking for new ones. I'm trying to build it so I can earn more money through sponsorship so I don't have to worry about fighting and I can help my coaches and I can get my coaches a salary.

And I want to be able to get everything in so I can be self-sufficient and earn enough money so I don't have to rely on anyone else and the fight purse is just extra money in the pocket.

For me, this is just the start now. This is the time where I can either fall or I can rise. I've got no other option, no other version other than me going to the top.

That's going to be a hard route. I'm not stupid enough to assume that there's not going to be any speed bumps in that route.

So for me, I'm more than good enough to win and be No.1. And by the time I get there, I'm going to be a different animal anyway. 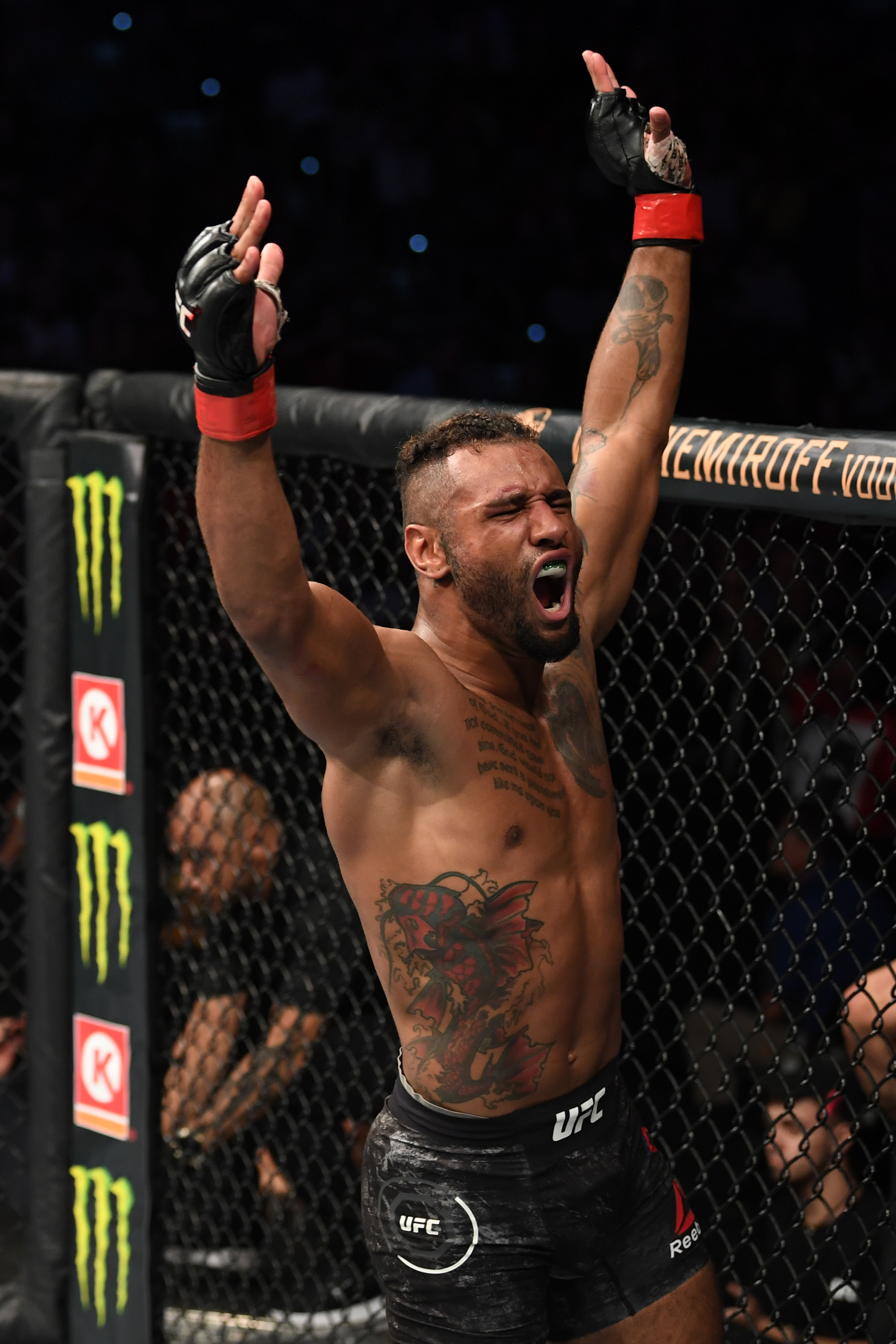 CM: Moving on to the fight with Mike itself. I don't want to say they've thrown you in there at the deep end because, obviously, you're a two-division world champion and you've fought very talented guys. But are you happy to be fighting someone so experienced straight off the bat?

MJ: Of course, of course. The lightweight division is a shark tank anyway. I've never had any handpicked, easy fights or warmup fights.

I've always had hard tough fights. And I've always sought them out myself. This is what I wanted – I want to be tested.

Mike Davis is a beast, he is a monster. But whether he's a big enough beast to make me challenge him, that's to yet be decided.

I'm willing to die in there if that's what it takes. It doesn't matter to me. As long as I get my hand raised at the end, that's the only thing that matters.

He's no walkover fight, he's no easy match. He is a dangerous, dangerous guy. He went two rounds with Gilbert Burns, who is the No.1 welterweight fighter in the UFC.

And he went to a decision with Sodiq Yussuf. He's knocked out his last opponent in devastating fashion.

He hits hard, he's durable, he's got good jiu-jitsu, he's got good wrestling credentials, he's a good all-rounder. He's fit, he does a lot of triathlons and he's driven.

But again, I'm all those things and more. I always out-cardio my opponents, I always set a high pace, I hit hard and my footwork is second to none.

And thinking wise, I'm a lot more intelligent than my opponents. I beat all of my opponents in [impressive fashion] and made them all look poor.

All the fights I've fought, apart from a couple in the early days when I was sort of finding my feet a bit more, you've seen that. I've made these fighters look like amateurs.

And for me, this is a mental test. But I'm going to outmanoeuvre him and out-deploy him. That's all that it comes down to.

I'm driven, I'm trained, I'm fit and I'm strong. And I'm just going to go out there and put on a career-best so far. 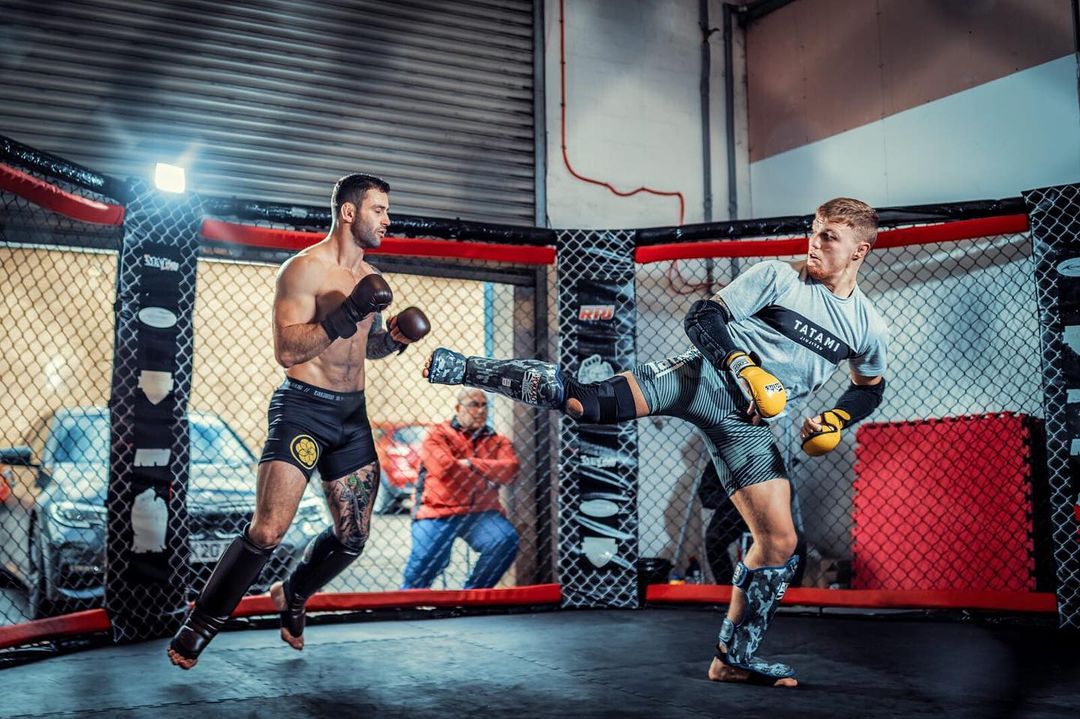 CM: He's had a bit of a layoff, if I'm correct. I think he last fought in October 2019. Do you think that could be a factor [in this fight]? I say that because obviously you've been active over the last few years and he hasn't.

MJ: No, I don't think it will be. The way he trains and the gyms that he trains at, I think the time off is going to make him more dangerous.

I never see any opportunities in something like that. Some people look at that and they'll take that as a relief.

They'll be like, 'Oh yeah, he's had this time out.' They need it to sort of build their own confidence. I don't need that. I'm an arrogant in-person. I'm an arrogant person when it comes down to it. I know how good I am.

And I've always said, 'It's better to be arrogant than lack confidence.' I know how good I am. I'm the greatest fighter on this planet.

All that's left to do is to prove that statement is true. And whether or not I can beat everyone, it doesn't matter.

All that matters is beating Mike on that day and then I'lll beat whoever is next. And I'll keep doing it and improving as we go. I'm in no rush, I'm 25 years of age. But I'm not a wet-behind-the-ears kid.

And when I was 15, I was leaving school to go out and compete in high-level competitions all over Europe and losing to world champions, Olympic champions and European medallists and getting smashed by people in different weight categories. All different things. It always been to this point.

I'm willing to die in there if that's what it takes. It doesn't matter to me. As long as I get my hand raised at the end, that's the only thing that matters.

CM: How do foresee this fight playing out?

None of us are going to take a, sort of, seat and wait for the clock to tick out. We're both going to earn every second of it.

And if I think I can go out there and start getting overconfident, he's going to catch me.

And if he comes out there and if he isn't prepared enough, I'm going to be his worst nightmare. That's the way it's going to be. I exploit peoples' weaknesses.

I know how I'm going to beat him already. All that matters is just making that present. I've seen myself knocking out Mike thousands of times already.

Every time I run, I visualise what I'm going to do. I visualise different things – how he moves. I watch countless videos of him. I'm more than prepared. And this fight is only going one way.