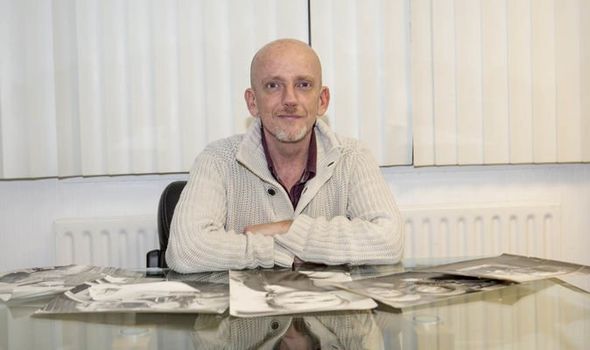 By the age of seven Simon was already grimly well-acquainted with death. Not only was he aware that he suffered from a terminal genetic illness, he also knew that his older brother, Andrew, had died of the same rare condition and that his mother had taken a fatal drug overdose. “When you’re born with a genetic disease, doctors tell you all the time, ‘You’ll be lucky to survive childhood’, then, ‘You’ll be lucky to survive your teens’ and so on,” he says. “So I’ve always had a time limit put on my life. I could get a serious infection and die at any time and you have that hanging over your head your whole life.”

Dubbed Lazarus by his doctors at the Royal Free Hospital in north London, where he continues to receive treatment, Simon is viewed as a very lucky man who, against all odds, has made it to the age of 49.

That is down to the bravery of his parents, Elisabeth and Roger, a medical team willing to attempt a world-first type of bone marrow transplant in 1973 and the generosity of Daily Express readers who signed up as potential donors.

Simon was born with chronic granulomatous disease (CGD), a hereditary condition which hampers the white blood cells’ ability to fight infection. His only chance of survival was that transplant but neither parent was a match. The procedure had never been done before with marrow from a nonrelated donor.

Desperate not to lose another son to CGD, Elisabeth set about trying to find a stranger who was willing to go under the knife to save her baby. There was no donor database then, and only 1,000 people in Britain had the same blood and tissue type as Simon, so finding them presented a huge challenge.

Elisabeth, just 27, turned to the Daily Express for help. This newspaper ran the story on its front page under the headline: “Simon the bone marrow baby has just one hope in 50,000,” and urged readers to come forward to be tested as potential donors. 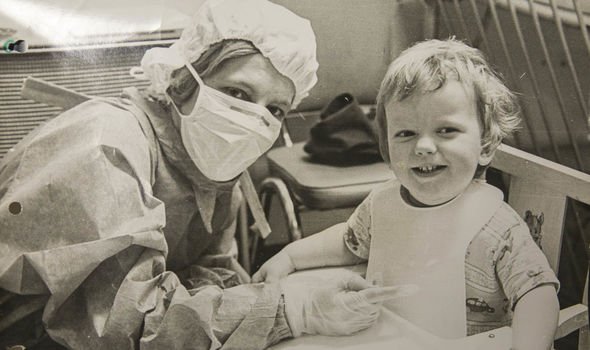 And those figures proved to be absolutely right. Some 50,000 people were screened in Britain and abroad – but only one was a match: a 28-year-old woman called Joan McFarlane.

On April 13, 1973, the transplant of her bone marrow into Simon’s body was performed at Westminster Children’s Hospital. A huge story, it made medical history and generated scores of newspaper articles, which the family collected in scrapbooks. Simon has his husband, Christopher, to thank for the fact that he still owns them.

During one of what Christopher calls his “denial phases”, Simon gathered them all together and prepared to burn them, but Christopher took the scrapbooks to work and made a copy of every single item.

“I am very grateful now that he did that,” says Simon. “But I think there was definitely a hatred of my body then. It was a rebellion against it, and the fact that I have to take pills every day and everybody around me was always worried.

“My mother used to clean frantically and was paranoid about germs and bugs. And I just kind of projected all of that into my late teens and it bled through until my late 30s. Yes, I got sick but I just refused to allow it to change what I wanted to do.”

Simon and Christopher, who married in 2015 and live in Coulsdon, south London, met ballroom dancing in London in 1996 but it was several years before Simon told him about his illness. 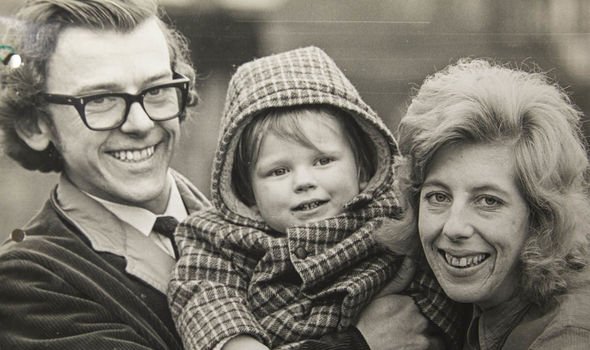 In fact, until Simon did an interview with the Express six years ago to mark the 40th anniversary of the Anthony Nolan charity – the legacy of the little boy whose mother set up the world’s first tissue-matching register – most of his friends didn’t even know he was ill.

“They were absolutely floored by it. They said, ‘Well, you never told us anything about this’, and I said, ‘Oh, didn’t I?'” says Simon, laughing.

Anthony Nolan’s mother made contact with Elisabeth, asking for help for her desperately ill son who tragically died in 1979.

After his transplant, Simon initially appeared to be doing well. He started school and made friends in the neighbourhood around the family home in Hertfordshire.

But, at the age of seven, disaster struck again. Simon was admitted to hospital with a serious infection. Doctors advised his parents that he needed a second bone marrow transplant, but they judged that it was too risky. All they could do was give him antibiotics and wait to see if his body responded.

“Mum couldn’t stay with me at the hospital that day because the mother’s unit was full so she stormed off,” says Simon. “A little while later my father went to find her. She was slumped over in a room nearby.

“She suffered from what was then called manic depression. Normally, after she took a few of her tranquillisers and had a drink and a chat with a friend, she’d be OK. That day she went into a coma and never woke up. 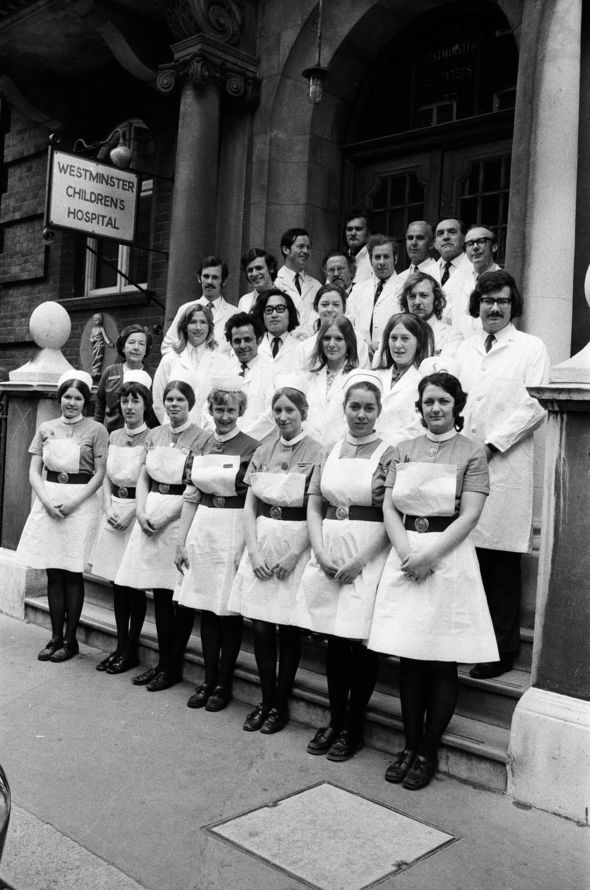 “It was an accidental overdose. She was absolutely devoted to me and it’s amazing what she changed in terms of the awareness and the research; she was the first person in the world to assemble a donor panel.

“When she died it was overwhelming for a seven-year-old, who was sick himself.”

At the time, Simon’s father had recently been diagnosed with lung cancer and was struggling with years of tragedy and grief.

Elisabeth’s death catapulted Simon’s plight back on to the front pages of the Express, which launched the Simon Bostic Appeal Fund. It was feared that Roger might not survive. In fact, he lived until he was 70 and died seven years ago.

But the fund raised tens of thousands of pounds for Simon’s future, and helped medical research and other children like him.

It was at this stage that John Stirling came into his life. The actor and author, whose new book, Roux, is dedicated to Simon, organised a celebrity fundraising night.

John recalls: “The Night of 100 Stars, to raise money for Simon’s fund, was supported by many celebrities, including Morecambe and Wise, Bonnie Langford, David Frost, Esther Rantzen and Gerry and the Pacemakers. It was an amazing event.”

Roger remarried and Simon enjoyed a happy childhood until, at the age of 18, doctors suggested that he have another bone marrow transplant. He refused, believing it to be too risky – a decision he now regrets.

“I’ve had a lot of problems, particularly in the last 10 years. I’ve had six abdominal surgeries and now I’ve got really advanced lung disease, which is not great with Covid around,” he says.

But Simon is proud of the life he has lived. He got a degree in modern languages and travelled the world, working for tour companies and supporting charities including the Anthony Nolan Trust.

“I never allowed my illness to interfere with my life and my job, which is probably the last career I should have chosen, travelling to some of the places that I did, but I was determined to live my life to the fullest. Now it’s caught up with me.

“I don’t regret living my life in the way that I did. I have always been strong-willed and actually feel very lucky. I have enormous gratitude to the doctors who have cared for me.”

Until lockdown, Simon worked with medical students, advising them how to talk to patients. He was also a Samaritan for four years and he now volunteers for an organisation called The Listening Place, for people who think life is no longer worth living.

Simon has done a psychotherapy course and until Covid forced him to shield at home, he was hoping to qualify and open his own practice. 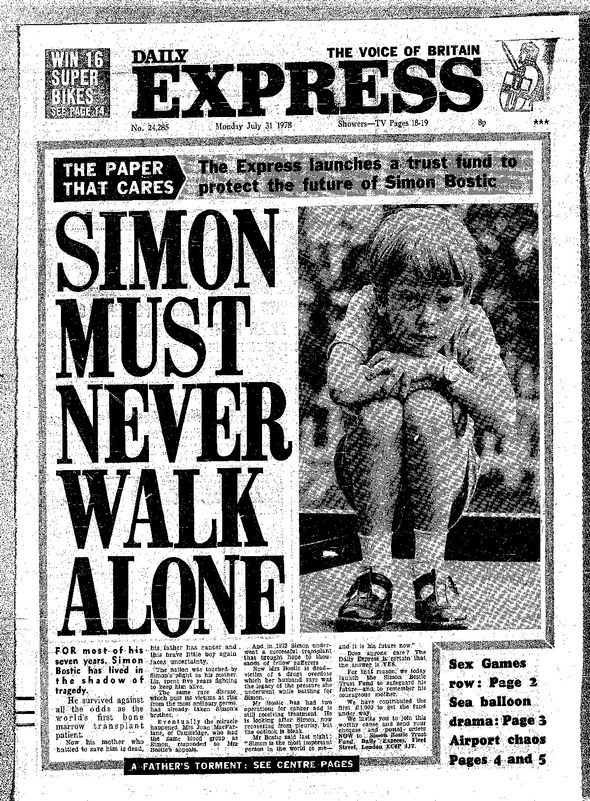 “I think my general physical condition has worsened during lockdown,” he says, “because I’m not forced out of the house. I used to go to an office to do my volunteer work and I used to go to the theatre and opera two or three times a month.

“I always had reasons to get up, get dressed and out in spite of how difficult it was. I’m a very social person, I derive so much of my energy and my life force from being with other people.”

Covid not only threatens Simon’s fragile health but it has narrowed his world.

“It’s almost impossible to think of death without feeling a sense of trepidation and fear. I think the worst part is making the transition, crossing that bridge wondering what it’s going to be like.

“And that makes me sad,” says Simon, his voice faltering for the first time.

“When you know your time is limited, there’s a process of grieving and releasing and letting go of life.