Now, I’m a pleasure-seeking person, to be sure. I love sex in almost any form—talking about it, watching it, writing about it, thinking about it and, of course, having it, whether it’s with my partner or by myself. During a normal week, AKA a week in which we have not been crushed by a global pandemic, I probably get myself off at least two or three times. But now that I can’t leave the house, ever? And that I’m working from my bed fairly often, to give my partner some space? And that a feel-good activity that requires total concentration so as to distract from the literal and existential crisis before us feels extremely necessary, even urgent? In this time of need, I’ve turned to my vibrator—a lot.

According to sex toy company Satisfyer’s Director of Education Megwyn White, orgasming “releases ‘feel good’ factors like endorphins, serotonin, and oxytocin, which help to relieve stress, reduce anxiety, and balance moods.” She adds that orgasming has been shown to keep brain function sharp and focused, help reduce the risk of cardiovascular disease, and—get this—decrease the risk of catching a cold or the flu by activating cells known to fight off illness and infectious diseases.

Can your glass of vino do all that? Methinks not. 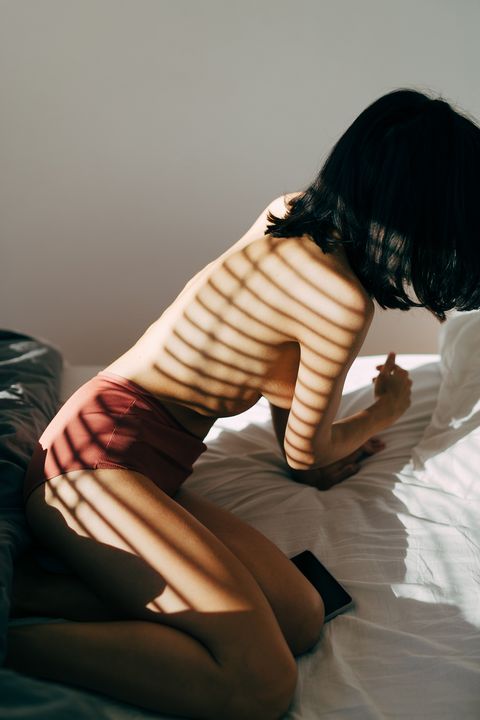 And if the law of ~supply and demand~ is any indication, plenty of people seem to feel the same way. Seemingly overnight, er, at least since we’ve been forced inside, the market for self-love is booming. A rep for the sex toy company Emojibator, which makes cheeky remote-controlled vibrators in the shape of popular emojis, told me that they’ve seen a 345% increase in sales since March 13, when many major cities asked its residents to stay home. PornHub made access to its $9.99/month premium site (which hosts all the stuff people *actually* want to watch enough to pay for it) free on March 24, until further notice. Sex-positive podcast Private Parts Unknown has seen over double the downloads the past ten days as compared to weeks before social isolation became the norm. 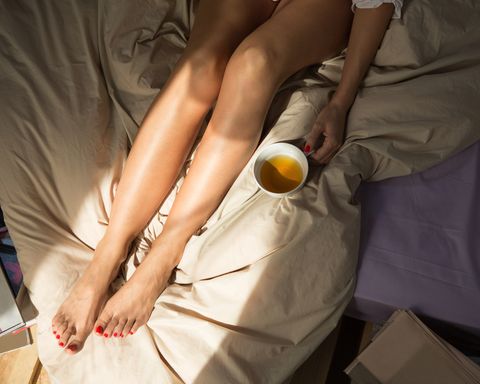 The next time you feel yourself slipping into a COVID-19-inspired anxiety spiral, or you’ve simply run out of yeast so whipping up a ninth loaf of sourdough bread is out of the question, remember: there’s another way to stay busy. Just touch yourself. And while baking bread does lend itself better to a smug Insta (mhmm, I see y’all), there’s something to be said for doing an activity that’s literally just for you. Now if you’ll excuse me, I have a very busy day planned.